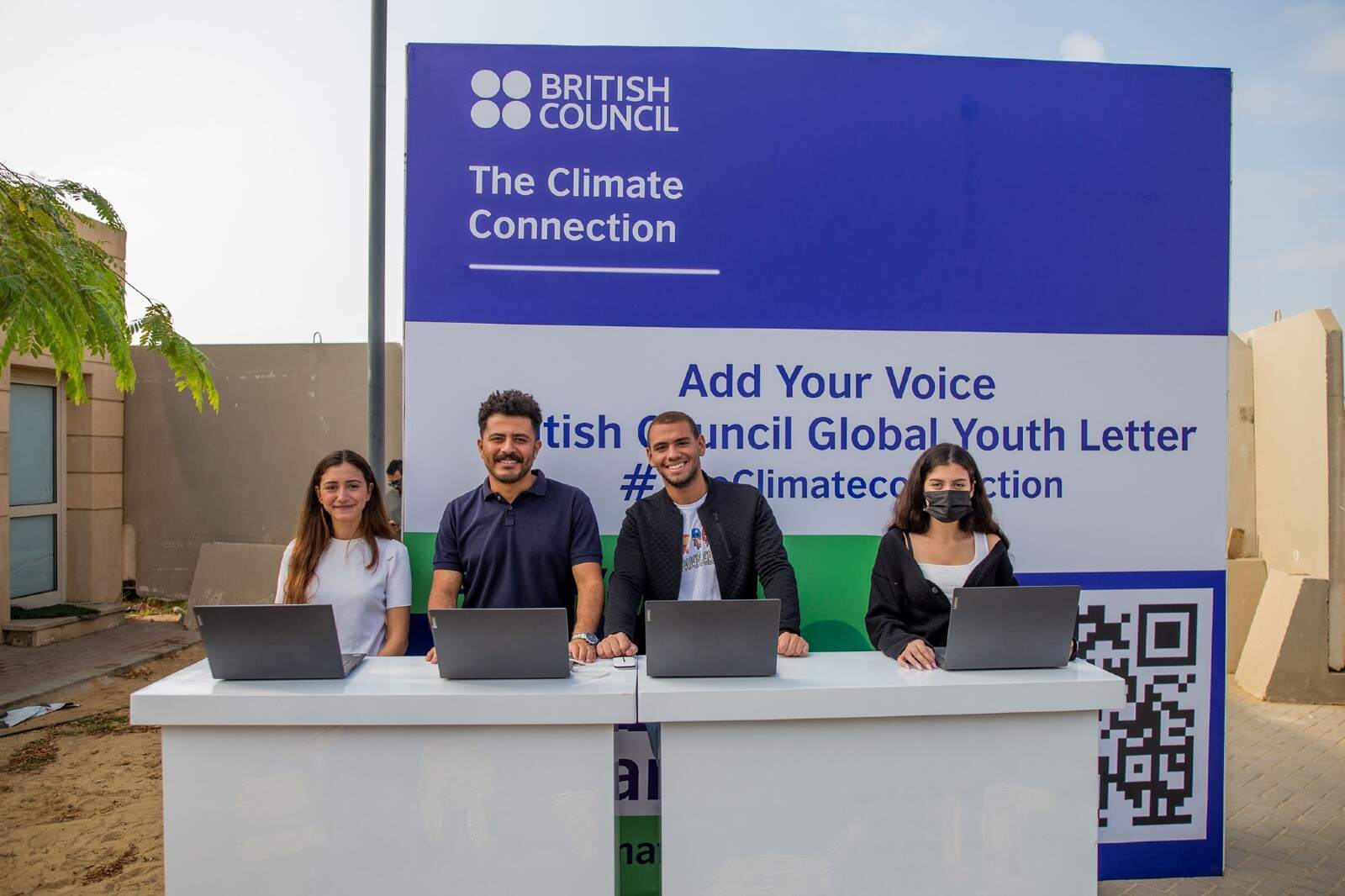 The British Council is funding climate partnerships between British and Egyptian universities: Last year, the British Council Egypt launched grants to promote collaboration between universities and higher education institutions in Egypt and the UK on climate change. In the lead-up to this year’s COP27 climate conference in Sharm El Sheikh, between December and mid-January, UK and Egyptian universities were invited to apply for the funding, which is aimed at improving institutions’ resilience to climate change and supporting their efforts to work with communities, business and government to address climate issues.

Edited excerpts from our conversation, below:

Eleven grants, each worth GBP 35k, are up for grabs, says White. Grant applications must have a principal applicant from the UK and a partner from Egypt. Any UK university or consortium — which could also include NGOs — was eligible to apply. Grants must be used within a year, starting April 2022, White adds.

Successful applicants should be notified in the week beginning 13 February, says White. Eligible applications will be reviewed by a panel of five experts, consisting of a representative from the British Council Egypt, a science advisor from the UK, a member of Egypt’s Environment Ministry and external experts from the British and Egyptian higher education sectors.

Grants could be used for a diverse range of projects, including teaching, institutional capacity building, or policy improvement, says White. Eligible projects could focus on teaching, developing learning materials, supporting institutions affected by climate change, and bringing youth voices to COP27, among other things, she says.

The idea is to support universities to integrate climate change mitigation and adaptation into their activities, says White. With Egypt facing particular climate change challenges — including desertification, extreme weather, and rising sea levels — the climate focus at policy level is becoming stronger, she says. And for universities to train, educate and support the next generation to face climate change is crucial — perhaps by providing greater diversity in disciplines studied, or even psychosocial support. “But we won’t preach to universities about what they should work on, because we’re not the setters of policy. We’re the setters of collaboration and cooperation.”

Relevance, reputation and feasibility will determine who gets the funding: The universities’ academic reputation and standing, and what they want to achieve with the grants, will be big factors in the assessment process, says White. But quality and relevance — a clear timeline, description of how applicants can sustain a long-term collaboration, and evidence that the proposal will support climate change action within the universities — are also key, she adds.

And the body of Egypt-UK university climate-focused research is growing: Egyptian universities working with UK counterparts have already made headway on climate change research focused particularly on water management, desalination, and renewable energy, as well as sustainable and urban cities, says ElBanna. “Some successful partnerships have been made in these fields.”

And will they continue after 2022? British Council Egypt will be pushing for it. Climate is currently a particular focus because of Egypt hosting COP27 this year, and the UK hosting COP26 last year, White says. But beyond 2022, British Council Egypt will push for continued funding and support from the council to set up these kinds of university collaborations, she adds. At this stage, it’s impossible to know if the program will continue in future years, she adds.

Ultimately, Egypt sets the agenda: “Our key partnership has always been with the Higher Education Ministry, which is a main force and often a contributing force to our programs,” says White. For other partners supporting the British Council Egypt’s work, “it’s mostly Egypt’s agenda — not that of the British Council — that’s most important for them,” says ElBanna.

Cross-cutting existing activities, the Climate Connection is rising very rapidly as a top priority, says McDonald. “The program itself is still in development, as we figure out where it adds the most value. It will probably evolve enormously in the next year.”

And business and industry will need to work more closely with higher education institutions on climate change, he believes. Essential work being performed by academics on climate change will eventually have to be turned into practical solutions for our economic drivers, says McDonald. “It’s a work in progress, because we need a huge amount of R&D before climate research can become business solutions — whether we’re talking about water purification, how we use power, or how we design buildings.”