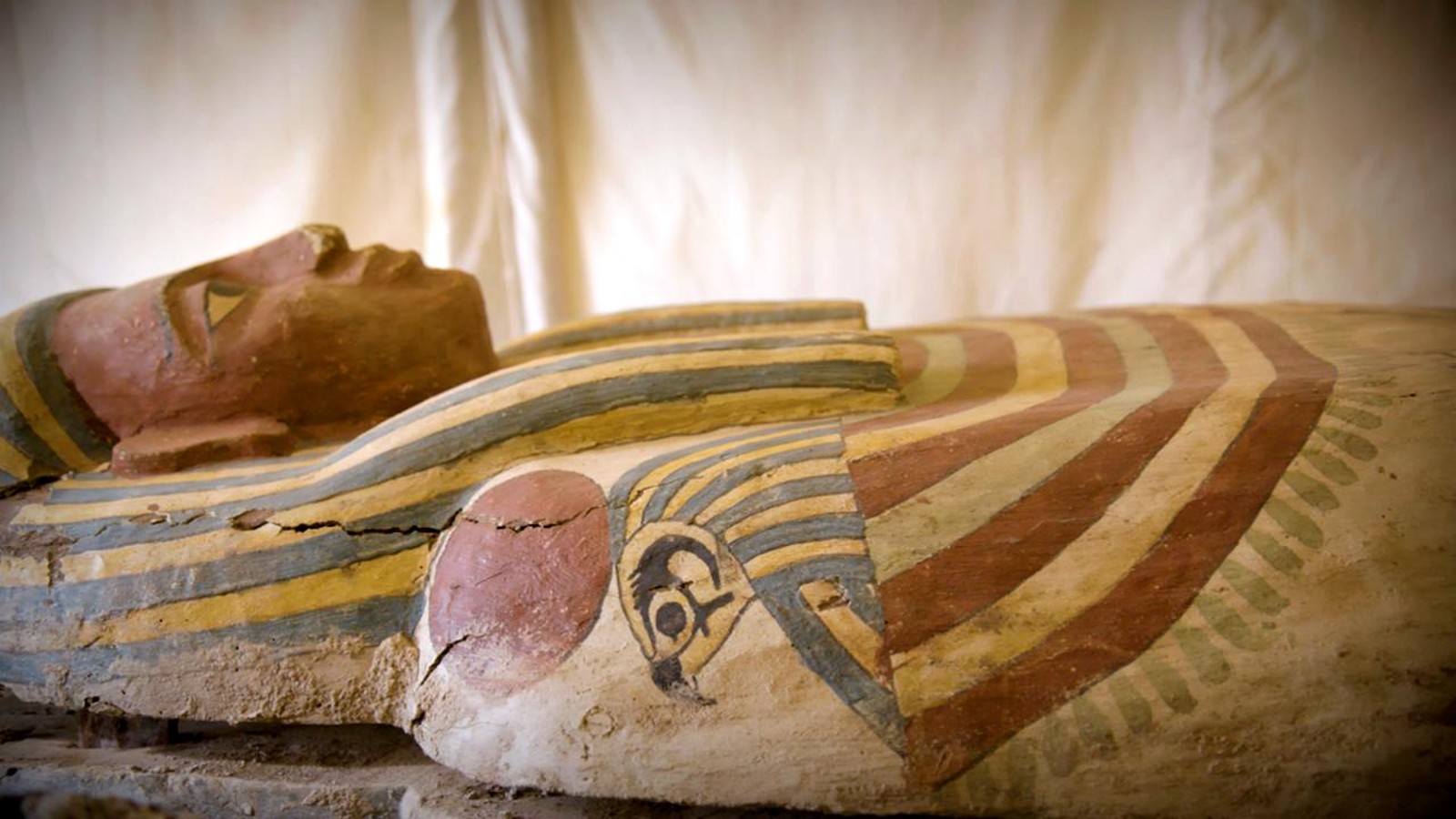 Tombs of Egypt: The Ultimate Mission is now on Shahid: The docuseries follows archaeologist Zahi Hawass during the 2020 excavation of the Saqqara Necropolis, where 59 sarcophagi were found in a three-month mission that made headlines worldwide. The series provides exclusive insight into this mission, using live footage as well as CGI, 2D computer graphics, 2D and 3D maps, and x-ray analyses. You get to know the team, how they do their work, and what they aim to uncover going forward. Tombs of Egypt also goes in depth about how the team opens each sarcophagus and the tools they use to determine who it is they found and the story behind each mummy.

Al Ahly makes another appearance in the Egyptian League Cup: Al Ahly is currently playing against Al Ismaily after starting the match at 2:30pm. Later at 5pm, El Gouna will face El Mokawloon and The National Bank will face Smouha.

Serie A: Milan will compete against Spezia and Bologna will face Napoli, both at 7:30pm, while Fiorentina and Genoa will hit the field at 9:45pm.

IN OTHER SPORTS NEWS- Novak Djokovic won’t be playing in the French Open while unvaccinated either: The tennis player made headlines this past week after Australia barred him from playing in the first Grand Slam tournament of the year, cancelling his visa due to his being unvaccinated. However, his lack of a covid-19 vaccine may hinder his ability to compete elsewhere as well after the French Sports Ministry said there would be no exemption from France's new vaccine pass law when it came to the French Open which will take place in May, reports Reuters. The new law forbids people from entering public spaces if they have not been inoculated against the virus. Djokovic’s continued resistance to being vaccinated could threaten his title as world tennis #1 male player as other competitions, such as ATP tournaments in Indian Wells and Miami in March, are unlikely to allow him to compete as well, Tennis365 writes.

The Cairo Contemporary Dance Center is kicking off a course on Rhythm & Musicality starting today to teach participants how to translate music into movement through their dancing. The classes will be on Monday and Thursday from 7:30pm to 9pm and will run until 10 February.

Shahira Kamal will perform her latest EP Dokki ya Mazzika at The Room New Cairo tomorrow at 9pm.

Why do civil wars continue to break out — and how are some countries managing to nip them in the bud? Over the last two decades, the number of active civil wars around the world has almost doubled. In How Civil Wars Start, political scientist Barbara F. Walter details the warning signs of civil wars, who starts them, and what the main triggers are. Walter spent her career studying civil conflict in places like Iraq and Sri Lanka, and she uses that knowledge alongside international research and case studies as the foundation for her hypotheses. Walter outlines how social media now plays a role in their spark and has redefined the dynamics of civil war in the modern world, where many countries face a threat of internal violence. After knowing how they start, Walter delves into how to end them, drawing on the experiences of countries that remained stable in the face of growing unrest.