How unstable weather, and rising temperatures brought climate change to the forefront in 2021 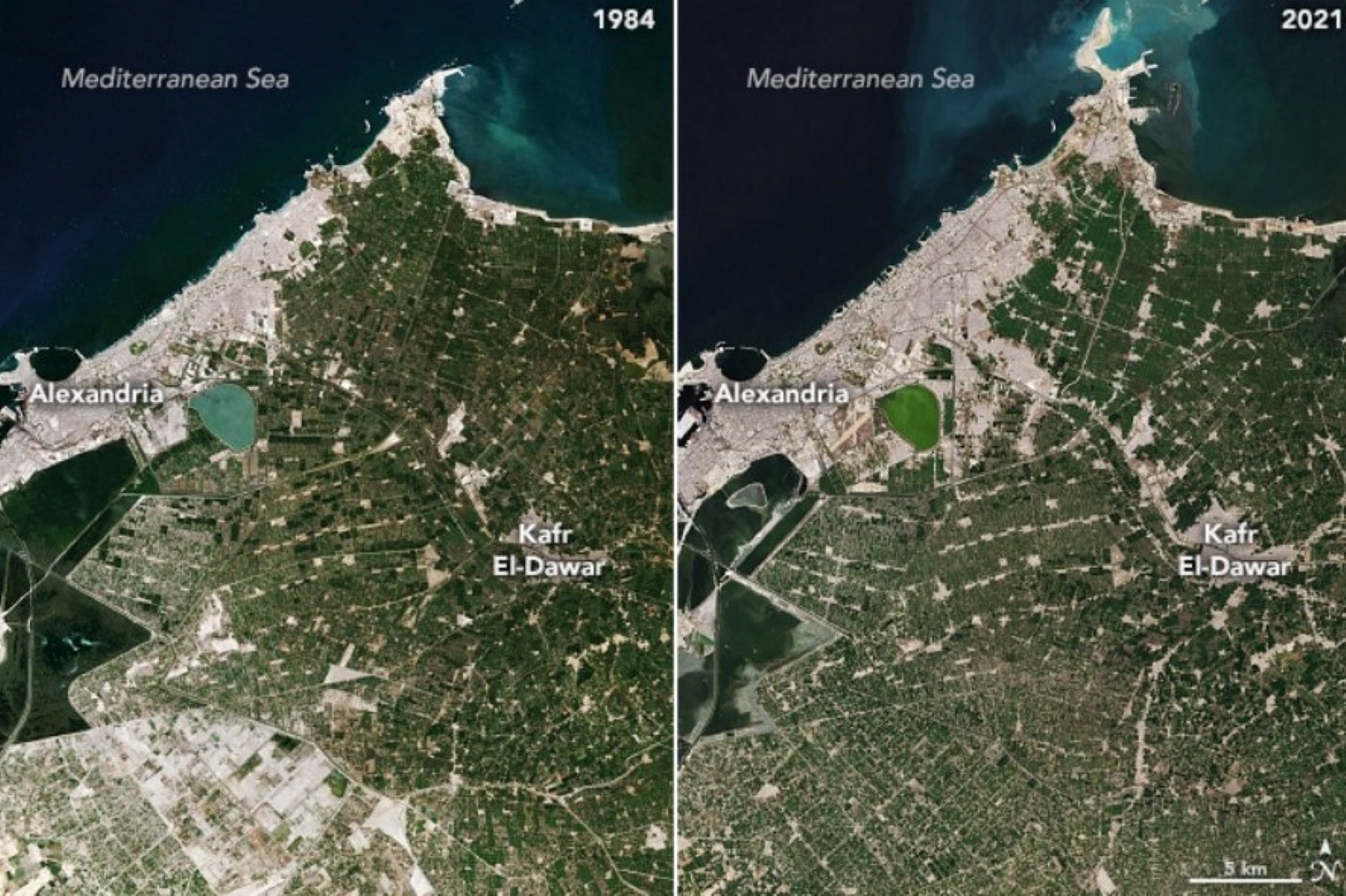 2021 in review: The year Egypt saw climate change get real. Global heating became an undeniable reality for anyone living in Egypt this year. Beyond searing temperatures making life uncomfortable, it also impacted the productivity of staple crops like olives and mangoes. We know that rising emissions — particularly from industries like construction and cement production — are to blame. This year, we saw several players, including development finance institutions and industry leaders, trying to spur emissions reduction.

Heat waves hit regularly from March to November: Cairo temperatures started hitting 32°C in early March and the mercury was regularly up in the early 40s by mid-April. As recently as the end of November, we were still seeing daytime highs of 33°C in the capital.

In late-November, the heat was also interspersed with torrential rain: A burst of moderate-to-heavy rain affecting the whole north of the country had everyone talking. But while rain feels more seasonally appropriate than using the AC in November, the swing from one to the other owes a lot to climate change, said Eman Shaker, an official at the Egyptian Meteorological Authority.

Our region is among the most vulnerable to the impact of climate change, the UN’s Intergovernmental Panel on Climate Change (IPCC) warned in its first global report since 2013, released in August this year. Daily temperatures in Egypt have increased by some 1.3°C since 1960, according to a 2019 study. If we continue on our current trajectory, 80% of our days will be “extremely hot” by the end of the century — up from our current 10%, local researchers predicted. Without serious action to curb emissions, maximum temperatures could rise by a whopping 5.6°C in Aswan by 2090, and 3.5°C in Alexandria, they said.

For years, we’ve seen an increase in droughts, coastal erosion, saltwater intrusion, and general agricultural damage: Some Nile Delta farmers have been struggling for years to water their crops in the summer, due to droughts. And for at least a decade we’ve known that Egypt’s agriculture is threatened by rising sea levels and erosion.

How bad is the threat? Rapid urbanization and rising sea levels are causing Egypt to lose 2% of its arable land each decade, Nasa’s Earth Observatory said this month. It released satellite images (see above) of the landscape as it appeared in 1984, and in 2021, revealing the speed and scale of farmland desertification in the Nile Delta. Urbanization — fueled largely by population growth, as well as unlicensed building on farmland — is one part of the problem. The other is rising sea levels caused by global warming and subsidence, resulting in saltwater intrusion, which has damaged an estimated 15% of Egypt’s most fertile regions.

If not addressed, desertification could lead to serious food security concerns, according to scientists. “It’s not an exaggeration to say that this is a crisis,” said Nasem Badreldin, a digital agronomist at the University of Manitoba .

And that’s not counting the costs of pollution: The World Bank had determined air pollution cost Egypt at least EGP 47 bn a year, as of 2016-17 — a sizable economic hit from premature deaths, disabilities, chronic disease and sick leave. Burning materials and motor vehicle emissions were among our biggest pollution culprits, the World Bank noted then. Statistics show that construction accounts for at least 23% of Egypt’s greenhouse gas (GHG) emissions, with Egypt likely falling just outside the world’s top 20 biggest GHG emitters.

So when 2021 began, reducing our air pollution was a priority: A USD 200 mn International Bank for Reconstruction and Development loan to tackle Cairo’s air pollution was greenlit in April. This funding is being allocated towards Egypt’s “green recovery” project — modernizing air quality systems, establishing safe landfills in 10th Ramadan City, and safely eliminating dumps in Abu Zaabal, among other green initiatives. Under Egypt’s new Waste Management Act, ratified in October 2020, all traditional landfills must be closed within two years.

But some experts say heavily polluting industries will only curb emissions if they’re regulated. Industries like steel and cement will only limit their emissions through environmental policy restrictions, Solutions Fellow at the Center for Climate and Energy Solutions Mahmoud Abouelnaga told Enterprise in May. Egyptian policymakers may be recognizing this. A decision to get cement companies to integrate at least 10% renewable energy into their mix is in the works, Waste Management Regulatory Authority (WMRA) deputy head Yasser Mahgoub told us in November.

At COP26, we did sign agreements intended to phase out the use of coal: Agreements signed by Egypt and at least 22 other countries and organizations at the COP26 climate summit in November could be the first targeted attempt at large-scale phasing out of coal-fired power plants and scrapping funding for ongoing coal projects, we noted.

But good intentions aren’t enough to make this happen. Domestic industries need viable alternatives — which seem to be in short supply: The COP26 agreements are heavily focused on power generation, setting no targets for industrial coal use. Coal-reliant industries like cement currently have few feasible alternatives, industry leaders told us. Greener alternatives like biofuel and green hydrogen are also in short supply, or too early-stage to meet the energy demands of large industries, leaders added.

Bring on COP27: With Egypt recently being officially selected as the host of the COP27 climate summit, due to be held in Sharm El Sheikh in November 2022, we can be sure climate change will be on everyone’s agenda in the coming year.