THIS MORNING: You may (officially) SPAC now; Omicron in the Gulf + US; Major market reversal.

Good morning, wonderful people, and welcome to the final workday of the week. We’ve only got four Thursdays left until the end of the year, so make them count.

You may (officially) SPAC now: Investors can now establish blank-check firms in Egypt after the Financial Regulatory Authority’s rules and regulations (pdf) for SPACs were published in the Official Gazette yesterday, making it the law of the land, according to Youm7. Announced last week, the framework clarifies the capital requirements, shareholder structure and regulatory responsibilities SPAC founders will need to comply with.

EgyptAir has suspended until further notice direct flights to and from Toronto starting today, according to a statement cited by state news agency MENA. This comes a day after Canada barred entry to non-citizens who have travelled from or through Egypt in the previous 14 days. Citizens and permanent residents traveling to Canada from or through Egypt are required to stop in a third country and obtain a negative covid-19 molecular test before you continue onward to Canada. The full regulations are here.

OPEC+ begins its two-day meeting today to decide whether or not it will move ahead with a planned ramp-up of oil output as of next month. It’s not entirely clear which way the oil cartel will go: Some analysts expect OPEC+ will postpone ramping up supplies after US President Joe Biden decided last month to tap into reserves and release 50 mn bbl of crude. OPEC+ was expected to increase production by 400k bbl/d as of January, while others suggest the group could decide to step back and take stock of the effect of Biden’s oil dump and the Omicron variant on markets, according to Bloomberg.

PSA- Keep an eye on the Health Ministry’s vaccine website today to see whether you can register for a booster shot if you’re a senior citizen, have a qualifying chronic medical condition, or are classified as medical staff. Cabinet spokesman Nader Saad had said earlier this week that booster shot registration would open yesterday provided you were in a qualifying category and had been fully vaccinated for at least six months. We tried yesterday and again this morning immediately before dispatch, but were unable to find an option to register for a booster. 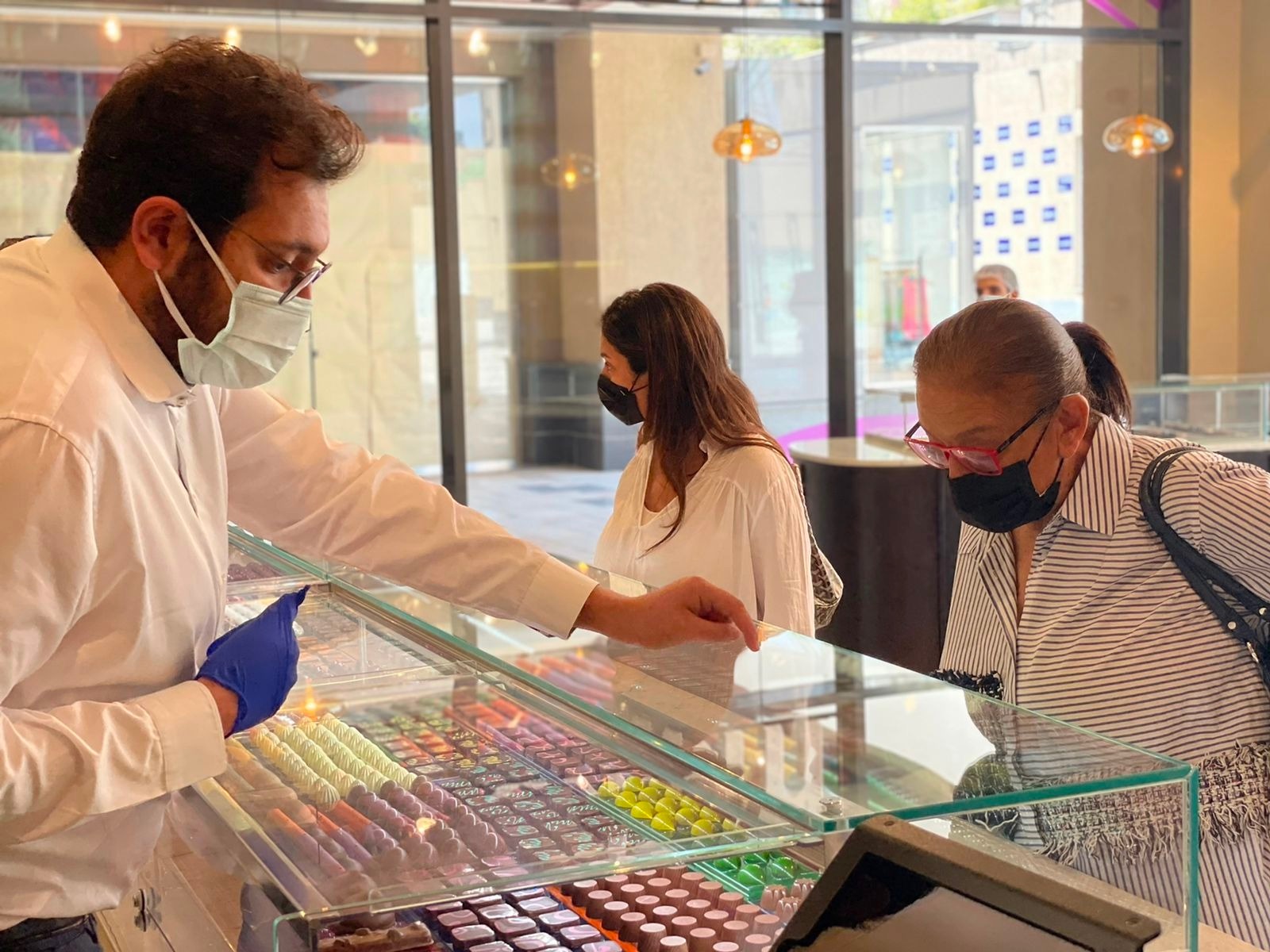 What do you do when you’ve finished your MBA, but decide you never really wanted to be in the finance industry rat race in the first place? Start a chocolate company, of course. That was Mahmoud Barakat’s journey to starting a business of his own when he returned to Cairo after a decade in Toronto. After taking over a mothballed family-owned factory, Barakat brought in a Belgian chocolatier to help plan out what’s become Mōko — a chocolate brand found in Gourmet, but best experienced at its Arkan Plaza flagship store. Kids of all ages (including those in their 20s, 30s, 40s…) will love making their own chocolate bars (or ice cream bars). You can also make your own box of individual chocolates, choosing from among Moko’s 30 flavours, which range from classical European pieces (salted Madagascar vanilla caramel ganache, anyone?) to blends featuring local flavours including tahina, halawa and karkadeh. Try the hot chocolate while you’re there.

We’re more given to sarcasm than to superlatives, but we suggest you skip (until further notice) Mōko’s standard flavours in favour of a box of their new Christmas lineup. It’s simply stunning, with tastes including milk chocolate caramel truffle, four spices crunchy Lotus, gingerbread milk chocolate and more. We brought a box to a small meeting of senior staff. They all claimed to be on a diet — and still the 25-piece box was done in under five minutes. We can think of no higher praise.

Is Erdogan running a country, or auditioning for The Apprentice? Turkish finance minister Lutfi Elvan became the latest in a growing list of economic policymakers to be fired by President Recep Tayyip Erdogan, who appears to be on a one-man mission to rebrand Turkey as a Mugabe-era Zimbabwe-on-the-Med. Elvan was apparently not on board with the president’s alt-economics, which has led to the TRY losing a third of its value in the last month alone. Bloomberg and the FT have more.

Omicron reaches the Gulf: Saudi Arabia and the UAE became the first countries in the Gulf to report cases of Omicron yesterday. Neither country disclosed where the patients had travelled from: The UAE said the patients came from “an African country via an Arab nation,” while Saudi cited a “North African country.” Cue suspicious looks at the next Arab League meeting.

And the US: The variant has also been detected in the US for the first time in a woman who recently travelled to San Francisco from South Africa.

It was all going so well in the markets… Global stocks rebounded yesterday following Tuesday’s Fed-induced sell-off, with markets in Europe and Asia all closing strongly in the green. In the US, stocks saw strong gains for most of the day and looked on course to recoup much of their losses the day before.

Then the news that Omicron had been discovered in the US dropped: Stocks saw their biggest reversal since April 2020, with the S&P 500 going from 2% in the green to losing 1.2%. Combined with Tuesday’s 1.9% drop, the benchmark index has had it’s worst two-day sell-off since October 2020. (Bloomberg)

“Shutdown risk is the main reason, but there’s more at work … The rally this morning never had a lot of conviction behind it, and investors are still trying to sort through not just Omicron but the Fed’s new reaction function too,” one analyst said.

In Asia, only shares in Seoul are clinging to the green this morning, while futures suggest a mixed open in Europe (DAX and FTSE down, CAC up) and that shares on Wall Street could start the day in the green when the market opens this afternoon.

SIGN OF THE TIMES? Apple, already suffering from a global supply crunch, is telling suppliers that demand for its iPhone 13 lineup is now slowing, “signaling that some consumers have decided against trying to get the hard-to-find item,” Bloomberg reports.

It’s a new month. The key news triggers to keep your eye on at the start of December:

Young professionals can now apply for the recently-launched McKinsey Forward program which focuses on leadership, business, and the transition to digital, McKinsey announced in a press release (pdf). The six-month program aims to teach participants how their business can combat challenges and use them to their advantage, integrate tech, and be adaptable and resilient during times of change. Forward will be available without charge to those eligible to apply, and one of the requirements is having less than five years of work experience. You can apply via this link before the 12 December deadline.

You have until 24 January to submit your local project proposals to Germany’s KfW Development Bank’s investing for employment facility (pdf). The bank will give grants to projects that drive job creation, especially those that are considered green. You can find more information on how to apply here.