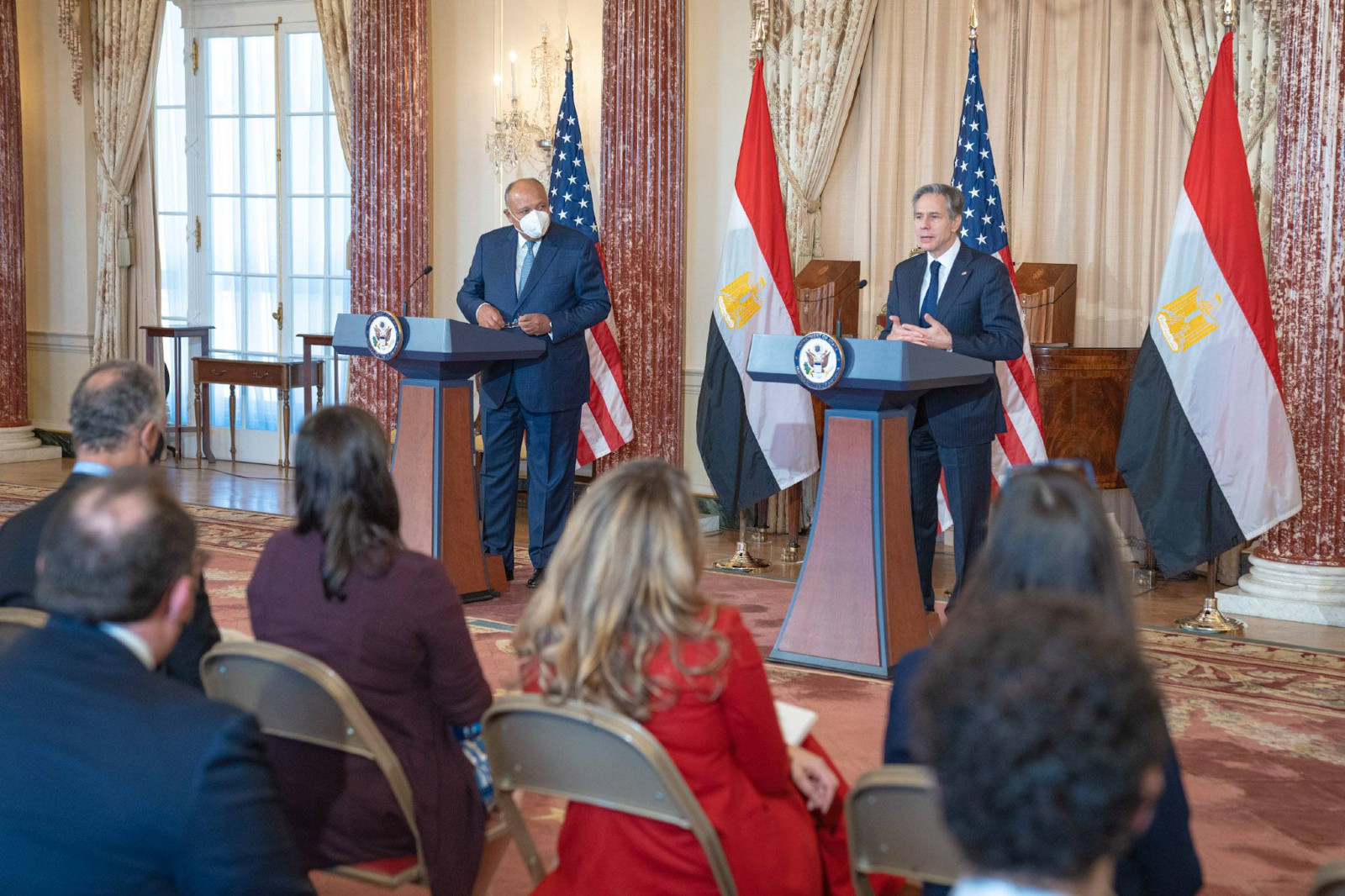 The US and Egypt wrapped up two days of strategic talks in Washington yesterday, with the Foreign Ministry and the State Department issuing a joint statement overnight to close out the meetings. The talks “reaffirmed the importance of the US-Egypt strategic partnership and identified areas in which to deepen bilateral and regional cooperation,” the statement said.

The statement doesn’t say much that we didn’t know already, following the opening statements by Foreign Ministry Sameh Shoukry and Secretary of State Anthony Blinken on Monday. The US praised Egypt’s efforts to negotiate a peace between Hamas and Israel earlier this year, and the two sides agreed on the importance of holding elections in Libya next month and negotiating an exit of all foreign fighters from the country.

There might be less common ground on Sudan, with the statement saying merely that the two sides “discussed” recent events in the country. The US has come out strongly against last month’s seizure of power by military chief Abdel Fattah Al Burhan, with whom Egypt has cultivated close ties in recent months.

US and Egyptian officials held “constructive dialogue” on human rights and the US welcomed Egypt’s announcement of a new human rights strategy, the statement said. It does not mention the suspension of USD 130 mn in military aid nor does it shed light on the specific human rights conditions Egypt must meet to unlock it.

Shoukry also stopped by the Woodrow Wilson Center yesterday to discuss the US-Egypt relationship with Gen. David Petraeus, the former CIA director and and CentCom commander. You can check out the talk in full here (watch, runtime: 54:05).

The meetings were headline news on several of the nation’s talk shows last night: Appearing on Hadeeth Al Kahira, US State Department regional spokesperson Samuel Werberg (formerly at the embassy here in Cairo) talked up the importance of the bilateral relationship in solving many of the region’s major issues — and reiterated the State Department’s position on GERD and Libya (watch, runtime: 10:41).

An Egyptian perspective: The relationship between the two countries is very rich in history and “very significant for the states’ role in the Middle East,” political commentator Mostafa El Feky told Yahduth Fi Masr, pointing out the nations’ close military ties (watch, runtime: 1:28 | 3:52).

And the meetings were still getting attention in the foreign press, this time in the Wall Street Journal.

IN OTHER DIPLOMATIC NEWS-