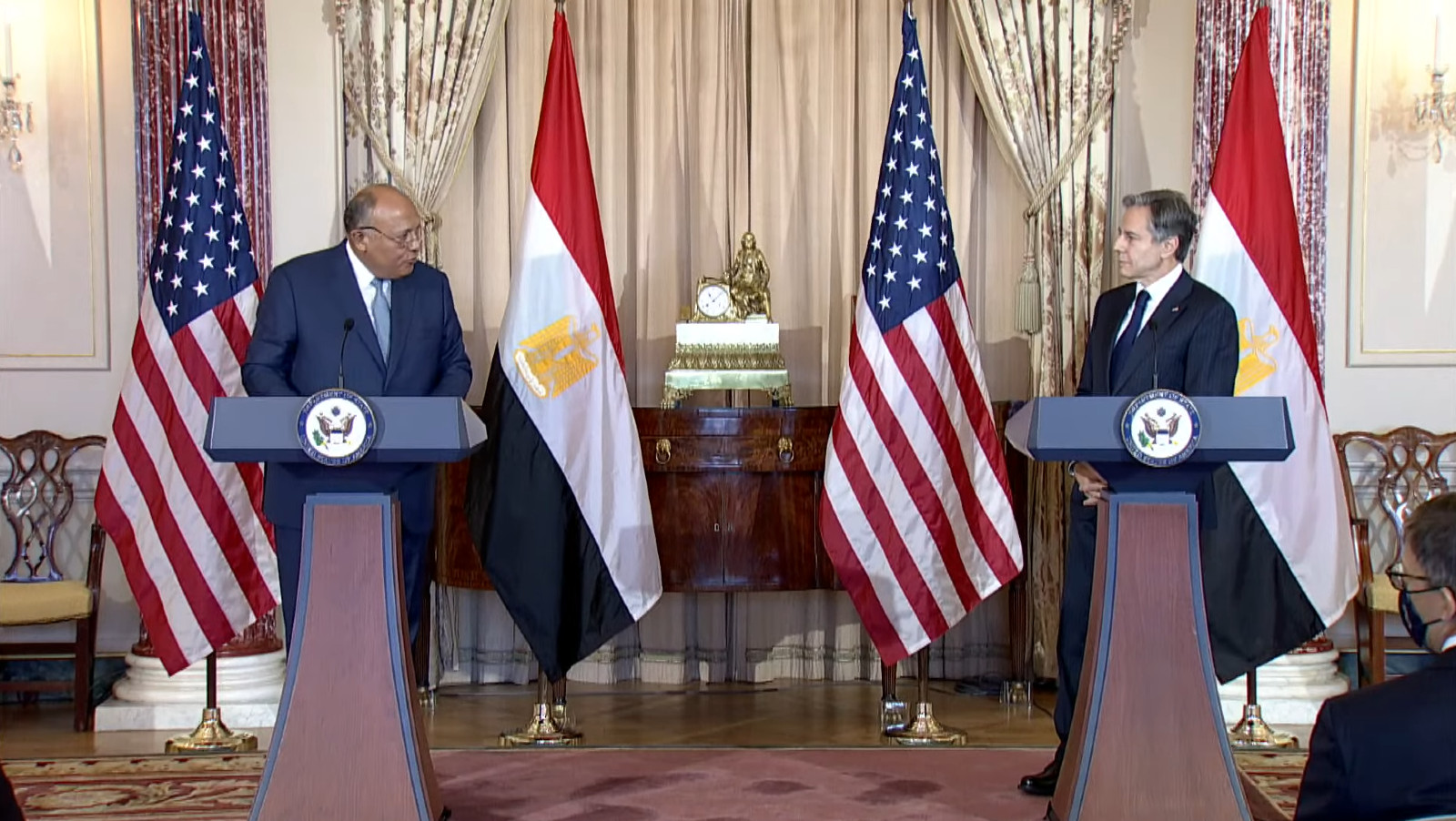 Praise and “concern” from Washington as US-Egypt strategic talks begin: US Secretary of State Anthony Blinken praised Egypt’s recent diplomatic efforts to negotiate ceasefires in Gaza and Libya but voiced “concern” over its human rights record during a joint briefing to reporters (watch, runtime: 17:00) yesterday that kicked off the first US-Egypt strategic talks in six years.

Washington is happy with the Egypt-Israel relationship: Egypt’s mediation during the conflict between Israel and Hamas in May was “vital” to achieving a ceasefire, Blinken said, after congratulating Shoukry for the warming relationship with Israel, which he said “has never been stronger” following PM Naftali Bennett’s visit in October. Blinken also lauded Egypt for its work on files including Libya (where Egypt is pushing the reunification of the central bank) and Iran.

But critically, there’s been no movement on GERD: There doesn’t seem to have been much progress on the US’ position regarding Cairo’s dispute with Addis Ababa over the Grand Ethiopian Renaissance Dam, with Blinken saying that the administration “continues to support negotiated agreement … that will address the interests of all parties.” Egypt has been keen to persuade the US to take a more assertive stance against Ethiopia, but Washington has so far been reluctant to take sides in the dispute.

Human rights a “concern”: Blinken reiterated the Biden administration’s emphasis on human rights, saying that improving Egypt’s record is “essential” to the bilateral relationship. The US “very much welcomes” the launch of a new human rights strategy but there remain “other issues of concern, more areas where positive steps can be taken,” he said, without going into details. In response, Shoukry called the strategy “irrefutable evidence” that the government is committed to create a “modern democratic state.”

There was no mention of military aid to Egypt: In September, the White House announced it would withhold USD 130 mn of Egypt’s military aid until Cairo meets several conditions regarding its treatment of civil society workers, opposition activists and journalists. It’s still not totally clear what these conditions are though: State Department Ned Price declined to provide specifics when quizzed by reporters after the two foreign secretaries addressed journalists.

More cooperation on climate + the economy, but no details: Blinken announced the creation of a joint economic commission to explore ways to deepen economic and business ties, and a new US-Egypt climate working group, which will look to help Egypt transition towards renewable energy. “We’re very much looking forward to partnering with Egypt as it undertakes this transition, including by supporting a visit of US companies that want to be a part of it,” he said.

The presser is getting coverage in the foreign press: Associated Press | Reuters.

The agreement got widespread coverage on the airwaves: Khaled Okasha, general manager of the Egyptian Center for Strategic Studies, described the agreement as “a positive and advanced step” in an interview on Masaa DMC (watch, runtime: 5:10), while another analyst told Kelma Akhira’s Lamees El Hadidi that Egypt’s stronger presence will help to reduce illegal immigration, terrorism and narcotics smuggling (watch, runtime: 8:33).

IN OTHER DIPLOMATIC NEWS-

El Sisi phones Macron ahead of Libya conference in Paris: President Abdel Fattah El Sisi phoned his French counterpart Emmanuel Macron to discuss the international conference on Libya, which will take place in Paris on Friday, Ittihadiya said in a statement. Participants in the summit are hoping to lay the groundwork for next month’s crucial presidential elections and finally find an agreement on the departure of foreign mercenaries, which were used by both sides of the country’s recent civil war.