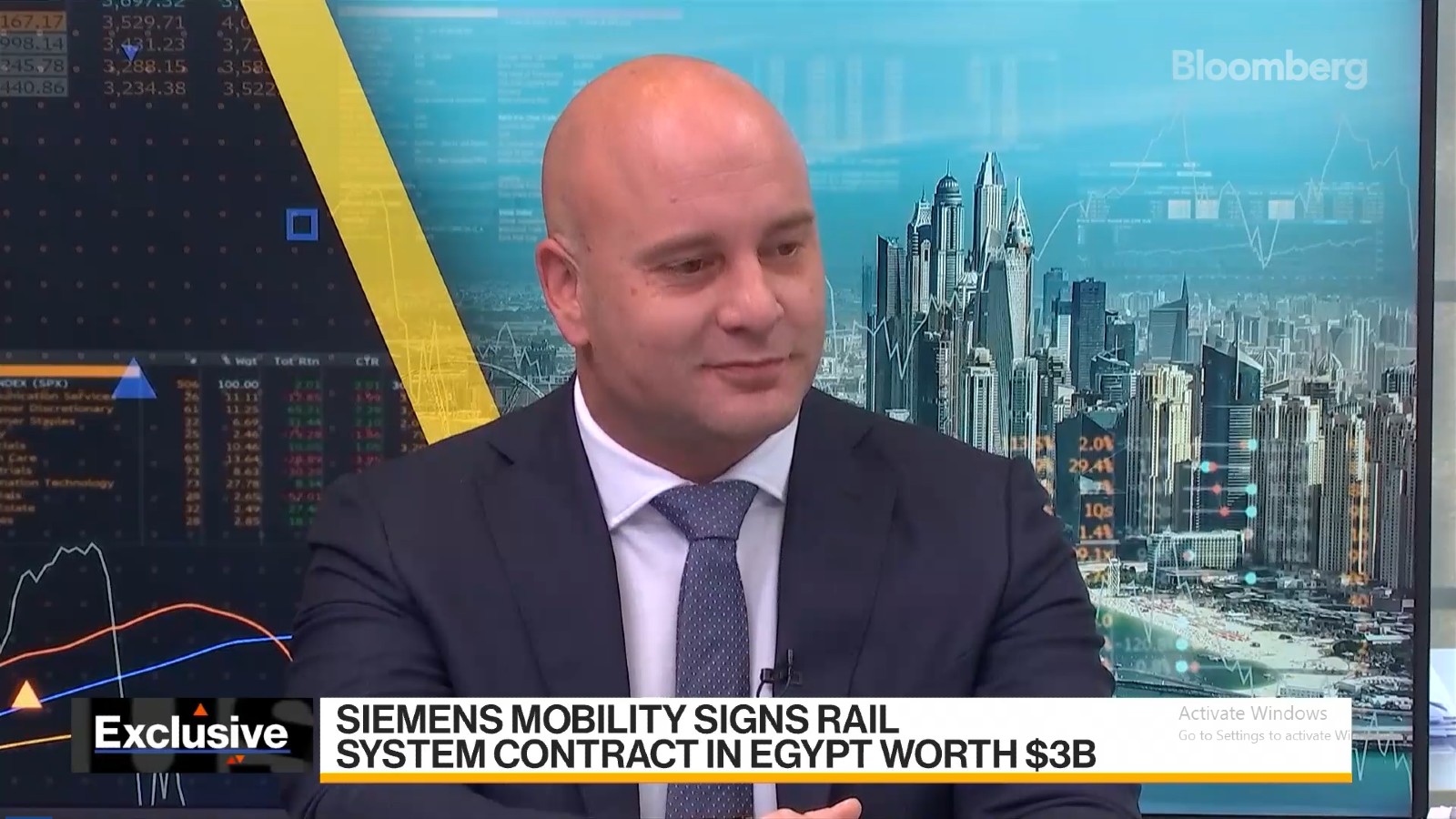 Our first high-speed rail line is “on the fast track” — but it’s unclear exactly when it will be operational: The first high-speed rail line in Egypt, which will connect the Red Sea to the Mediterranean, could take as long as 10 years to complete, but the project is “on the fast track,” Siemens Mobility Middle East and Africa CEO Leon Soulier tells Bloomberg (watch, runtime: 6:02). The government earlier this year signed a USD 4.5 bn agreement with Siemens Mobility, Orascom Construction and Arab Contractors to install and maintain the first 660 km line of the high-speed railway. Cabinet had said in January that the first line should be completed within two years after signing contracts.

Soulier refrained from providing specific timelines but explained that building out high-speed railway systems in other countries typically takes about the same amount of time. They will be working “as fast as possible alongside the Egyptian government and local partners,” to complete the project, he added. The Siemens Mobility regional boss suggested the consortium is still in talks with the government on exactly how to develop the project.

This is just the first leg of a larger USD 23 bn project that will stretch for some 1.8k km across Egypt, linking Cairo, Aswan, the North Coast and the Red Sea. The Sokhna-Matrouh connection will feature a double-decker passenger line able to carry more than 30 mn people a year as well as a freight line, which has once again been described as “a Suez Canal on Tracks,” capable of handling “mns in tonnage” every year, Soulier said.

We could be looking at cross border high-speed rail connections too: While there are no active talks about expanding the rail network internationally — particularly to Sudan or Libya — Soulier said that the government is likely “going in that direction.”