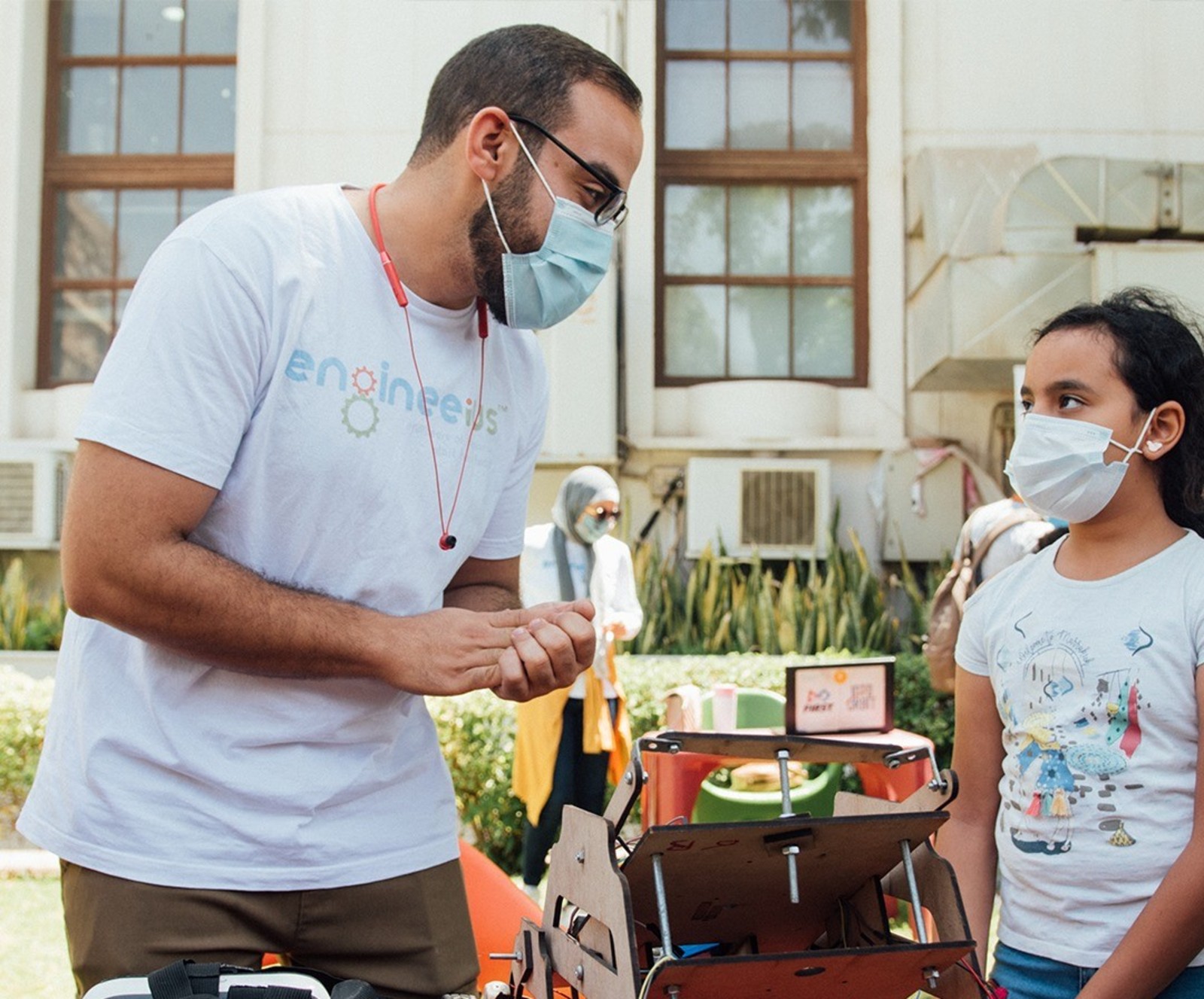 A run-down of some of Egypt's most innovative STEM education programs: Boosting science, technology, engineering and mathematics (STEM) education has become a top priority for Egypt. Since 2011, USAID has helped set up 15 STEM schools reaching over 12k students, all owned and operated by the education ministry. Many degrees offered by international branch campuses are STEM-focused, and collectively almost 50% of Egypt’s STEM graduates are women. The government recently announced its plans to work with European companies to establish technical schools specialized in STEM education and advanced technologies.

Innovation is key to teaching STEM well: Effective STEM education tends to focus on using complex math and science concepts to solve real-world problems, say multiple studies and reports. It’s less about textbook learning or lectures, and more about applying skill sets in a way that’s fun, innovative and inclusive. Today, we look at some of the most innovative STEM education initiatives we’ve come across in Egypt.

innovSpace — an online platform hosting competitions and educational programs for youth aged roughly 7-18: innovSpace runs programs and competitions in Egypt, Canada and the US, and has served over 2.3k students so far, with a network of 334 mentors and ten partner organizations, its website tells us.

Its core initiatives include: the Smart Innovative Competition, Innospace, and the Smart City project: SICompetition is aimed at 9th-12th grade students, who develop and submit their own design solutions — prototypes or apps — for global problems around the themes of quality education, global overconsumption, and sustainable cities and communities. Winning teams can present their ideas to entrepreneurs and emerging companies. Innospace offers training in engineering, technological and applied sciences to secondary school students, to prepare them for further education at leading science universities. The Smart City project is aimed at 7-12 year olds, and takes place through online and in-person camps. Participants design their own cities, leveraging science knowledge like using clean energy and electrical circuits for lighting, and using robotics for building.

Praxi Labs — accessible 3D interactive virtual simulations: Praxi Labs provides access to tens of interactive 3D virtual lab simulations in biology, chemistry and physics, allowing students to get virtual hands-on experience to build on their theoretical knowledge. As of April, the platform had seen some 65k students make use of its services since its 2016 launch, founder Khadija ElBedweihy told Disrupt Africa. The company reports B2C users in 160 countries, and B2B customers in seven: Egypt, Saudi Arabia, the US, Peru, the UK, Singapore and Thailand. A lot of its further growth will be centered on Africa, as well as Europe and Asia. It raised some USD 150k after taking part in Norway-based Katapult Accelerator in 2018, but is otherwise self-funded.

Nutty Scientists — science camps and edutainment to bring STEM to life for young children: Targeting younger children, Nutty Scientists offers field trips to its house of science, where children can see an interactive science show and take part in hands-on experiments. It has designed 100+ workshops on different science themes for in-school and after-school activities, and runs weekend programs, camps and science shows for events. Its Scienterrific programs use art, cooking and hands-on experiments to help young children master scientific ideas while having fun.

The BP Global STEM Academies — 4-week scholarship programs focused on STEM, in multiple locations: The BP Global STEM Academies are hosted by BP and AFS and take place as four-week programs in Egypt, Brazil, India and the US. Students take part in interactive programs that aim to build scientific knowledge, problem solving, analytical skills, and intercultural understanding, the website tells us. At the end of the program, teams work on projects and presentations aimed at addressing climate change and the transition to clean energy. 2020 scholarships were open to citizens of Brazil, China, Egypt, Germany, Ghana, India, Mexico, South Africa and the USA, born between December 2002 and June 2005.

There’s also a whole host of annual robotics competitions aimed at sparking a love of tech and automation in young people:

First Lego League Junior targets 6-10 year olds, who explore scientific problems like food safety, recycling or energy in teams with adult coaches, before creating a poster and a motorized LEGO model showing what they’ve learned and introducing their team.

RoboCup Junior Egypt aims to introduce Egyptian students aged 9-20 to the RoboCup initiative — to develop by 2050 a robot football team capable of winning against the human team champions of the FIFA World Cup.

In the ROV Egypt Regional Competition, kids aged 10-20 use a specially provided robot kit to design their own underwater robots, which compete with one another to complete missions. Egyptian participants compete with regional peers, and the winners automatically qualify to participate in the MATE International ROV Competition.