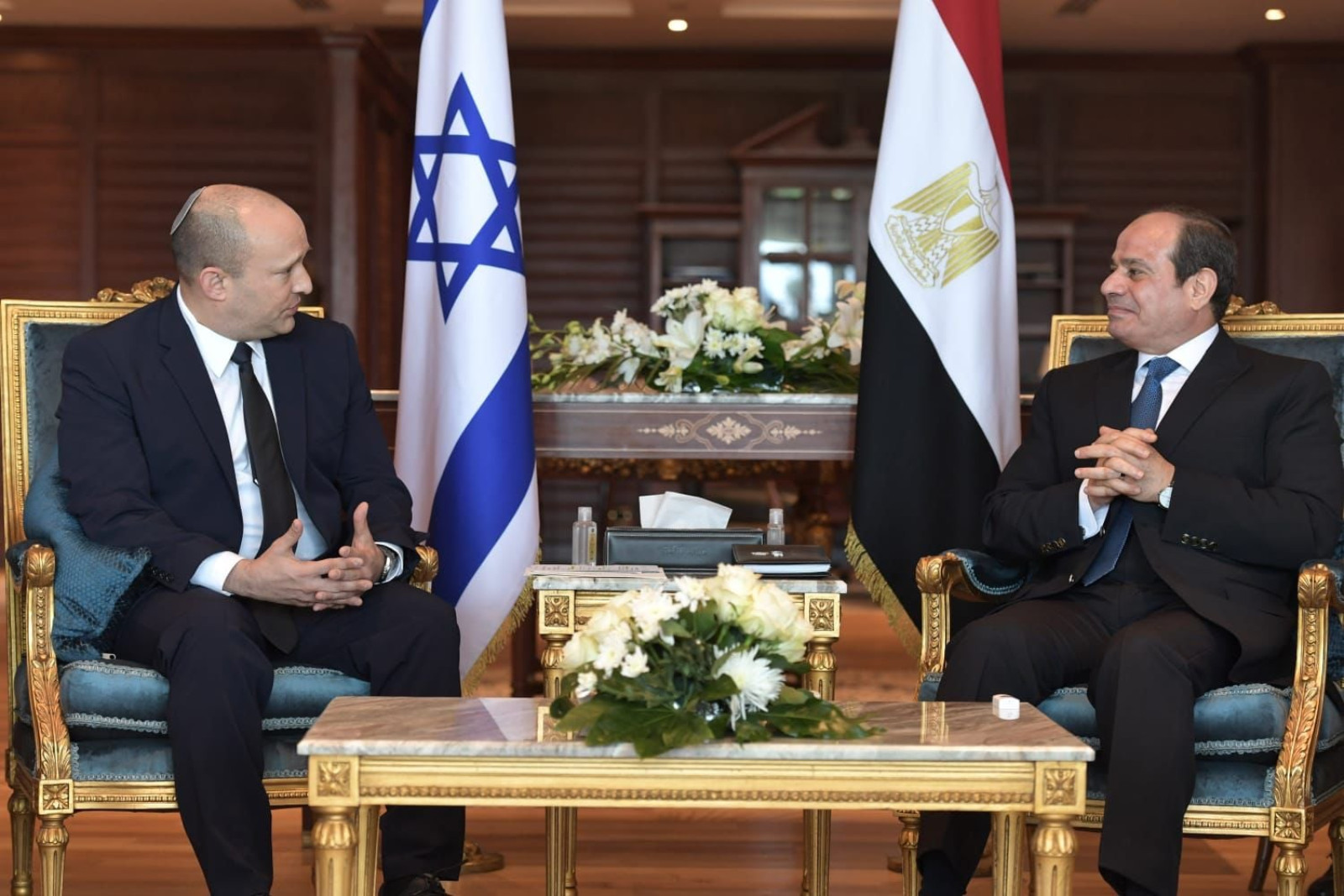 Israeli Prime Minister Naftali Bennett and President Abdel Fattah El Sisi met in Sharm El Sheikh yesterday — the first time leaders from the two countries have met publicly in more than a decade. Efforts to revive peace talks between the Israelis and Palestinians were at the top of the agenda, Ittihadiya said in a statement, which added that El-Sisi “affirmed Egypt's support for all efforts to achieve comprehensive peace in the Middle East, according to the two-state solution.” A statement from Bennett’s office made no mention of the peace process, saying only that the two leaders discussed diplomatic, security and economic issues.

Bennett signaled that the meeting had set the two countries up for a deepening of ties: “We created a foundation for a deep connection going forward,” Bennett said in the statement. He added that Israel had been “increasingly opening up to the countries of the region,” a strategy that has peace with Egypt at its core.

Egyptian-Israeli transport will get a boost int he wake of the talks: Several direct flights a week will run between Cairo and Tel Aviv starting in October, Reuters reported, citing sources from EgyptAir. Meanwhile, Israel’s transport ministry said that the Taba crossing between Israel and Sinai, which has been intermittently closed as the result of coronavirus prevention measures, was set to become fully operational as of Monday.

This was Bennett’s first official visit to Egypt — and the first of any Israeli PM since Benjamin Netanyahu visited Hosni Mubarak just a few weeks before the 2011 revolution.

The visit came amid reports that Egypt is preparing a new roadmap to restart Israel-Palestine peace talks, although Bennett is a far-right nationalist who opposes Palestinian statehood. El Sisi in August extended the invitation to Bennett to visit, before last week calling Israeli President Isaac Herzog to wish him a happy Rosh Hashanah.

IT’S A BIG STORY — dominating coverage on Egypt in the foreign press, from Reuters and AP to Bloomberg and Haaretz.