The global climate is at defcon 4. Can we survive it? 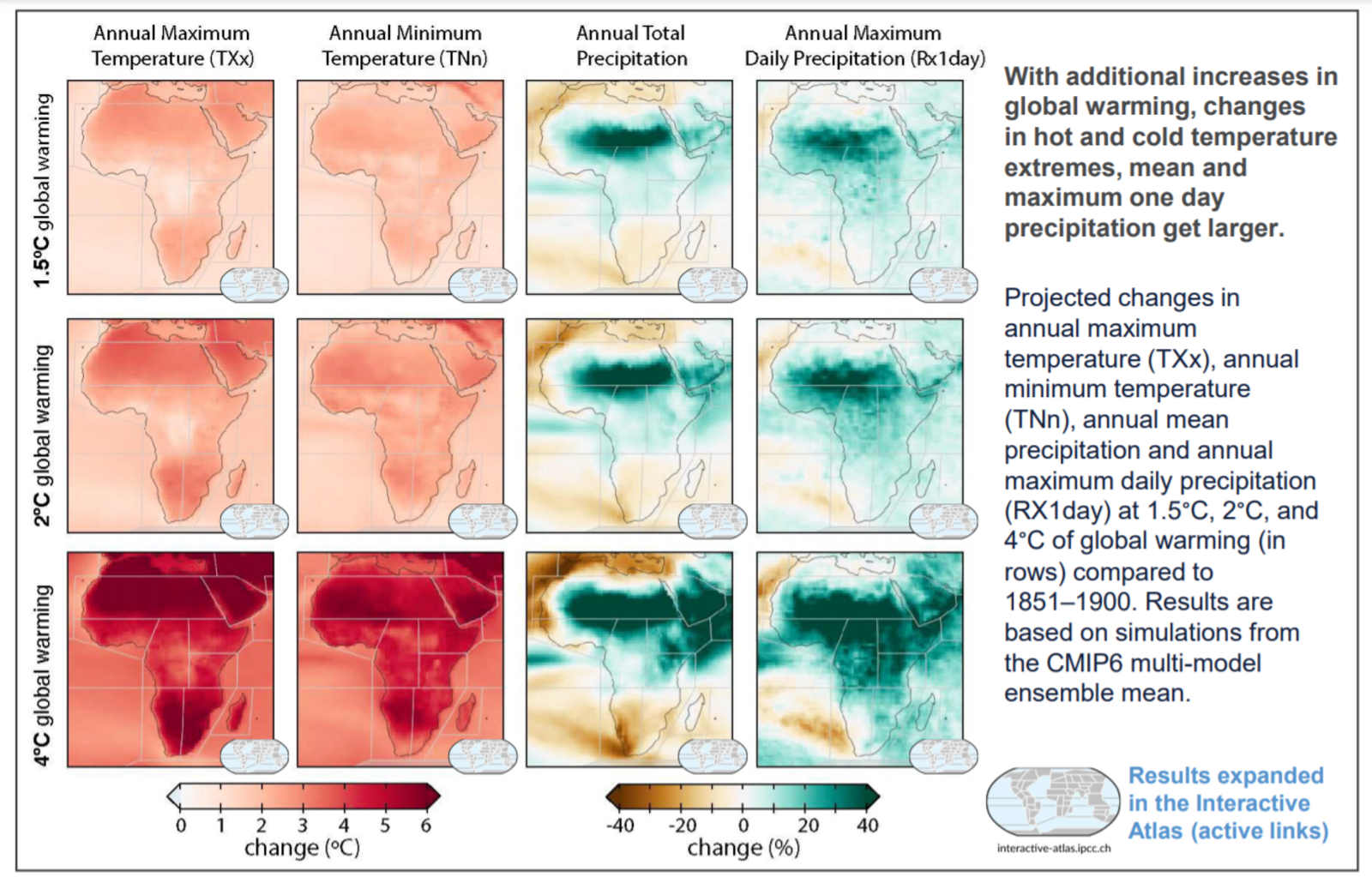 Is Egypt in the eye of the storm that is the global climate change crisis? The UN’s panel on climate change has put the globe on Defcon 4 with its most recent report on global warming. The global rise in temperature is causing rapid, unprecedented and in some cases irreversible changes to the climate in every region of the world. It’s the first global report to be released by the Intergovernmental Panel on Climate Change (IPCC) since 2013, and the first to definitively state that human activity is “unequivocally” to blame for planetary heating.

It’s not looking good for us: And while Egypt specifically has not been named in the report, the IPCC has dire warnings for our region, saying it is among the most vulnerable to the impact of climate change. Today, we dissect the report and compile data to analyze just how vulnerable Egypt is to the mercury rising.

“The Mediterranean is expected to be one of the most prominent and vulnerable climate change hotspots,” the report notes, adding that it could say with “high confidence that the projected Mediterranean summer temperature increase will be larger than in the global mean,” potentially by up to 50%.

Daily temperatures in Egypt have increased by around 1.3°C since 1960, with the current rate of increase standing at about 0.4°C per decade, according to a 2019 study co-authored by scientists from the Egyptian Meteorological Authority (EMA), Egypt’s National Research Centre, Cairo University and two Paris labs. If that’s the case, the weather has already been getting hotter than the global average, faster than the global average.

If nothing is done to curb emissions, Egypt could see runaway warming: In a scenario where serious efforts are made to reduce carbon emissions, the local researchers predicted that warming in Egypt would keep pace with the rest of the world. But in a worst case, business-as-usual scenario, maximum temperatures were projected to rise by a whopping 5.6°C in Aswan by 2090, and 3.5°C in Alexandria. In that hypothetical scenario, 80% of days would be “extremely hot” across the country by the end of the century, compared with a current 10%.

The scientists were keen to stress that Egypt’s temperature data records are patchy, making it difficult to produce accurate models; and the paper references the global temperature data and future scenarios outlined in the last IPCC report in 2014, which now need updating in light of the UN body’s latest study.

Drought worries have for some time weighed on Nile Delta farmers, some of whom have been struggling for years to water their crops in the summer.

Countries with less efficient agricultural systems will also see their food supplies hit the hardest by rising temperatures, with the FT recently highlighting a study showing that Egypt’s wheat production would drop 7% on the back of a 1°C rise in temperatures—bad news for the world’s largest wheat buyer as it looks to boost domestic supply.

But heat is far from the only problem: The UN report warned that “most sandy coasts” are highly likely to see more and worse coastal flooding and erosion, while coastal cities can expect increased flooding as the result of extreme sea level events and higher rainfall. That’s worrying for agriculture in the Nile Delta, for Egypt’s Red Sea and Mediterranean tourism industry, and for residents of its second city, Alexandria, where huge storms and flooding have become a winter staple. State attempts to tackle the problem have so far included dropping 4,700 concrete blocks into the water around the Alexandrian citadel of Qaitbay to protect its historic monuments from the rising waters.

The dangers of coastal erosion extend farther than we perhaps care to remember: we’ve known for over a decade that the whole of the Nile Delta is sinking beneath us in tandem with the Mediterranean’s rise, as the result of subsidence caused by damming and saltwater intrusion. That could spell disaster for agriculture as well as for livability in the densely populated area.

What will become of us? “Global warming of 1.5°C and 2°C will be exceeded during the 21st century” unless drastic cuts are made to CO2 and other greenhouse gas emissions in the coming decades, the IPCC report warns, adding that surface temperatures are already locked in to rise until at least 2050 in all scenarios. That 1.5°C figure has long been considered the hard ceiling on acceptable levels of warming, beyond which the consequences would be (even more) dire.

And what are we doing about it? Egypt is targeting generating 42% of its energy from renewable sources by 2035, and initiatives to aid the transition to a green economy have been backed by hefty funding. The past year has seen the country issue its first sovereign and corporate green bonds, while the European Bank for Reconstruction and Development (EBRD) has offered tens of mns in EGP loans to banks for on-lending to green SMEs. The government has emerged as a strong advocate of electric vehicles, with plans in the works to locally manufacture electric cars, buses and trains, as well as to invest in the necessary charging infrastructure.

But while these will help minimize Egypt’s contribution to global greenhouse gas emissions, mitigation and adaptation will be crucial. The government is aiming for better management of finite resources through new legislation like the Water Resources Act. It has begun overhauling our ailing water infrastructure, which leaks bns of cubic meters. We cover these efforts in greater detail here, here and here.

NEXT WEEK- Let’s hope these work before this becomes common: Egypt’s mango and olive farming has seen better years, with production falling 20-25% this year. Agriculture industry people we’ve spoken to attribute the shift to climate change. We look at how bad our mango and olive industries have been hit by climate change, and what efforts are being done on the ground to mitigate these problems.