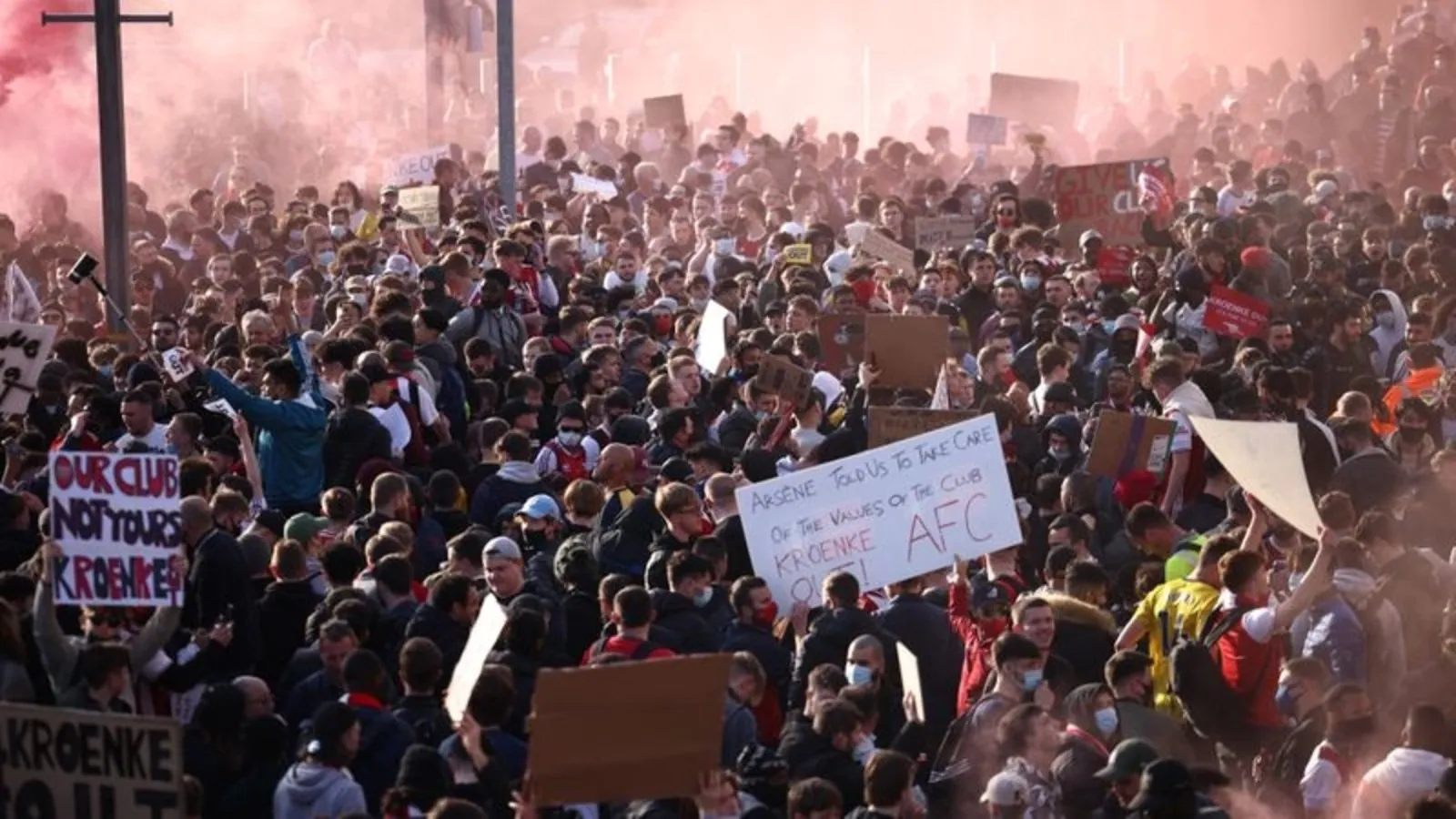 The 2020-2021 season was one of the most tumultuous periods for global football in living memory. The covid-19 pandemic was still making its presence felt, shuttering stadiums and sending financial shockwaves through even the wealthiest clubs in the world. Traditionally dominant teams were swept aside and replaced by new pretenders to the national league titles. And the attempt at creating a European Super League threatened — at least for 48 hours — to turn over a 100 years of footballing tradition on its head, momentarily placing the sport front and center of the front pages of the global press. These are the events that shaped the 2020-2021 season.

Covid-19 defined much of last season: The impact of the covid-19 pandemic lingered on well into the 2020-2021 season with football still being played in front of hollowed out stadiums and questions over the financial future of many clubs still looming. The pandemic delivered a significant blow to player valuations that saw the aggregate value of the 500 most valuable football players decrease almost 10% between February 2020 and January 2021, according to KPMG (pdf). Low stadium volumes have meant ticket revenues have been slashed and marketing agreements contracting, leaving much of the financial burden of the pandemic on individual clubs. The entire industry is set to miss out on some EUR 9 bn in revenues this year, with top clubs shouldering the bulk of lost income reaching EUR 7.2 bn. Clubs were able to avoid losing out an additional EUR 2 bn by postponing rather than outright cancelling Euro 2020, which was held in June and July this year.

In some of Europe’s biggest leagues, the established order was upset: Paris Saint Germain, one of the richest clubs in the world, failed to secure the Ligue 1 title in France in a surprising upset that saw last year’s fourth place team, Lille clinch the title. The results marked PSG’s first loss in Ligue 1 since 2017 and Lille’s first win in a decade. In Italy, last season’s Serie A champions Juventus suffered a rare home defeat to AC Milan in a game that almost led to them failing to make the Champions League for the first time in a decade. The team ended up finishing fourth place, narrowingly qualifying for Europe by just one point. In Spain, neither of the usual suspects Real Madrid or Barcelona won the La Liga championship this year. Instead Athletico won their first title in seven years.

Elsewhere, it was business as usual: In Germany Bayern Munich won their ninth straight league title in the Bundesliga, while in the UK, Manchester City ended up easing to a fifth title in nine years despite a rocky start to the season.

The controversy over the European Super Cup dominated much of the back end of the season: Spearheaded by JPMorgan and the owners of Real Madrid, Manchester United, Liverpool and Juventus, the idea was to form a closed, breakaway league outside of Uefa rules where the wealthiest teams on the continent were guaranteed to play each other every year in a lucrative European competition offering bns of USD in TV money. Barcelona, Atletico Madrid, Inter Milan, AC Milan, Manchester City, Chelsea, Tottenham and Arsenal were also persuaded to sign up to the scheme, and the league was unilaterally announced in April.

A rapid rise and fall: News of the move triggered outcry among football fans around the globe and insurrection in the UK, decrying the league's perceived greed and abandonment of tradition. With swelling protests and unexpectedly strong denunciation in the sports media, Chelsea and Man City pulled out after just 48 hours of its announcement, precipitating a mass abandonment by the league’s participants and a collapse.

The decision to form the league came after a difficult year for most clubs who’ve struggled with lost revenues from empty stadiums and lost sponsorship agreements. The opportunity to secure a baseline USD 400 mn for each of the founding members, in addition to income generated from the sale of the league’s broadcast rights was difficult to pass up. This also came alongside a growing sentiment among elite club owners that placing top teams in a single league could generate cash that would “lift all boats,” according to Real Madrid president Florentino Pérez. Real Madrid, Barcelona and Juventus — all of which are experiencing serious financial issues and were counting on the league to provide some relief to their balance sheets — are still clinging to the idea that the Super League is a viable prospect. Action against the three teams has since been dropped and they’ve since been admitted to next season’s Champions League.