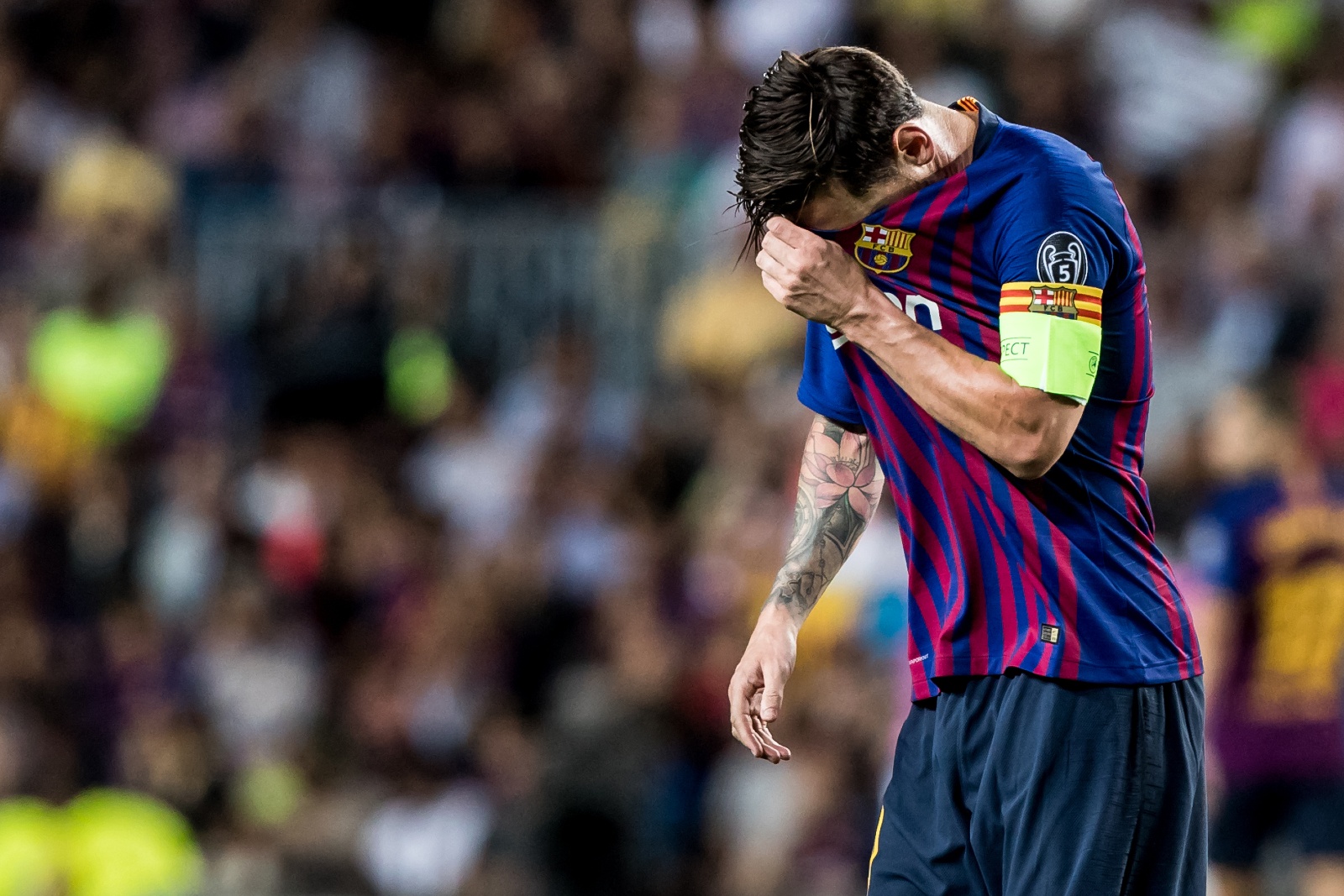 Messi abandons Barcelona after 18 years of service: After a lifetime of legendary performance, arguably the greatest player of all time (GOAT for you born before 1999) is leaving Barcelona. “Both parties deeply regret the wishes of the player and the club will not be fulfilled,” said Barcelona in a press statement last night. And so, ends Messi’s historic run with the Catalan club. Messi had hinted at the division with the club following the sale of Neymar and the club management’s abysmal leadership under former president Josep Maria Bartomeu. Messi had hinted that he was not happy with the decisions of the club last year in an interview with Goal (runtime: 18:40). While a lot of it had to do with the player transfers that Barcelona had taken to save funding, Messi (like Michel Jordan) had always placed championships above internal politics of his club.

Where might Messi go? As with Tottenham’s Harry Kane, Messi’s decision might be based on the monetary elements involved in football — namely, that GCC’s financial football strategy will win out. Manchester City (owned by the UAE’s Sheikh Manssour) and Paris Saint Germain (owned by Qatar’s Naser El Khalifi) are the clubs primed to take on the legend.

The unravelling situation at Barcelona is one of the biggest stories of the summer: Thanks to the pandemic, the Catalan giants are finally having to reckon with La Liga’s stringent wage cap and are faced with having to dramatically slash their outgoings on player wages. The club are now frantically trying to offload some of their most overpaid players and cut the salaries of others in a bid to comply with league regulations and stay solvent. The fate of French World Cup winner Antoine Griezmann is one that is being watched particularly closely: reportedly being paid more than EUR 410k a week, the club are anxious to sell. Reports are mixed; with some reporting that the club is in talks with Griezmann’s former team Atletico Madrid, others saying that Juventus is interested, and others claiming that the player is refusing to leave.

Believe or not, the club has lined up a raft of new signings, but La Liga isn’t allowing them to join the club until its gets its wage structure in line, leaving some wondering whether ex-Man City striker Sergio Aguero, Dutch winger Memphis Depay, and Brazilian defender Emerson Royal will even be playing for the club next season.

Now the Euros and the Copa America are over, the transfer season is kicking into high gear. With only two weeks until leagues across Europe have started the 2021-2022 season and just 3.5 weeks until the transfer window closes on 31 August, transfer activity is beginning to ramp up.

The transfer window so far belongs to PSG and Man Utd: It has been a successful window for the Parisian club in particular, which has snapped up some of Europe’s top talent on the cheap. Real Madrid legend and one of the world’s best defenders Sergio Ramos is heading to PSG, as is AC Milan’s star goalkeeper Gianluigi Donnarumma, who having just won the Euros with Italy is thought of as being one of the world’s best goalies at the age of just 22. Most significantly, both players are heading to Paris on free transfers; having reached the end of their contracts at their clubs, PSG’s Qatari owners haven't had to pay anything in transfer fees to sign two of the best players on the continent.

Over in Manchester, the Red Devils have filled two of the biggest holes in their squad, bringing in Jadon Sancho from Borussia Dortmund for GBP 73 mn and Real Madrid’s decorated French defender Raphael Varane, who having been on the final year of his contract at the Bernabeu was sold for EUR 50 mn.

The game of musical chairs in football management continued this summer: After Jose Mourinho and his staff were sacked from Tottenham Hotspurs after 17 months, the Portuguese manager is now in Serie A taking charge of Roma. Julian Nagelsmann left RB Leipzig for Bayern Munich, following the footsteps of Hansi Flick, who will be coaching the German national team. Meanwhile Everton have lost Carlo Ancellotti to Real Madrid, and have taken the bizarre decision to hire Rafael Benítez, who as a previous manager of crosstown rivals Liverpool, is widely despised by the fanbase.

What will the rest of the summer have in store? One of the biggest unresolved stories is the fate of Spurs’ star striker Harry Kane, who told the club last season that he wanted out. Despite being among the world’s elite strikers, he is yet to win any trophies and wants to head to a club that can deliver him silverware. There are only a few clubs with the amount of money that Spurs would demand (rumored to be around GBP 150 mn). A controversial move to cross-town rivals Chelsea is basically off the cards, PSG already have Kylian Mbappe and Neymar, and it's unlikely Man Utd are going to shell out that much given how much they’ve already spent. This leaves Man City as the favourites. Now strikerless after Sergio Aguero left to Barcelona, the club’s Emirati backers certainly have the financial muscle needed to get the player and rumors have persisted for weeks that a bid is imminent.

Harry Kane has his say: Harry Kane refused to come back to Tottenham's training ground, refusing to train with the rest of the team, according to Sky Sports. This is further indication that the player who has done the most for the club that hasn't won a trophy in ages is looking to move on (as some of us are Arsenal fans, we had to throw that in).

Then there’s the Kylian Mbappe situation. The French star is entering the last year of his contract at PSG and is reportedly not willing to renew. This puts the club in a bind: sell the player this summer and get money for him, or let him leave for nothing next season. Most sports journalists are assuming Real Madrid will be the eventual destination whether this season or the next. But given the poor state of their finances, it remains unclear whether they will be able to get the money needed to either pay the transfer fee or meet his salary demands.

Finally, it wouldn’t be a transfer window without a bit of Paul Pogba drama. The mercurial French midfielder is apparently still angling for a move away from Old Trafford, with PSG said to be interested in getting his signature. Also on the final year of his contract, Man Utd risk letting the player leave for nothing having paid GBP 90 mn for him a few years ago. But with fellow Frenchman Raphael Varane now in the team and the club showing more ambition in the transfer market, Pogba may be tempted to stay, should they meet Pogba and his bullish agent Mino Raiola’s wage demands.