Private sector employment is up for first time in 20 months 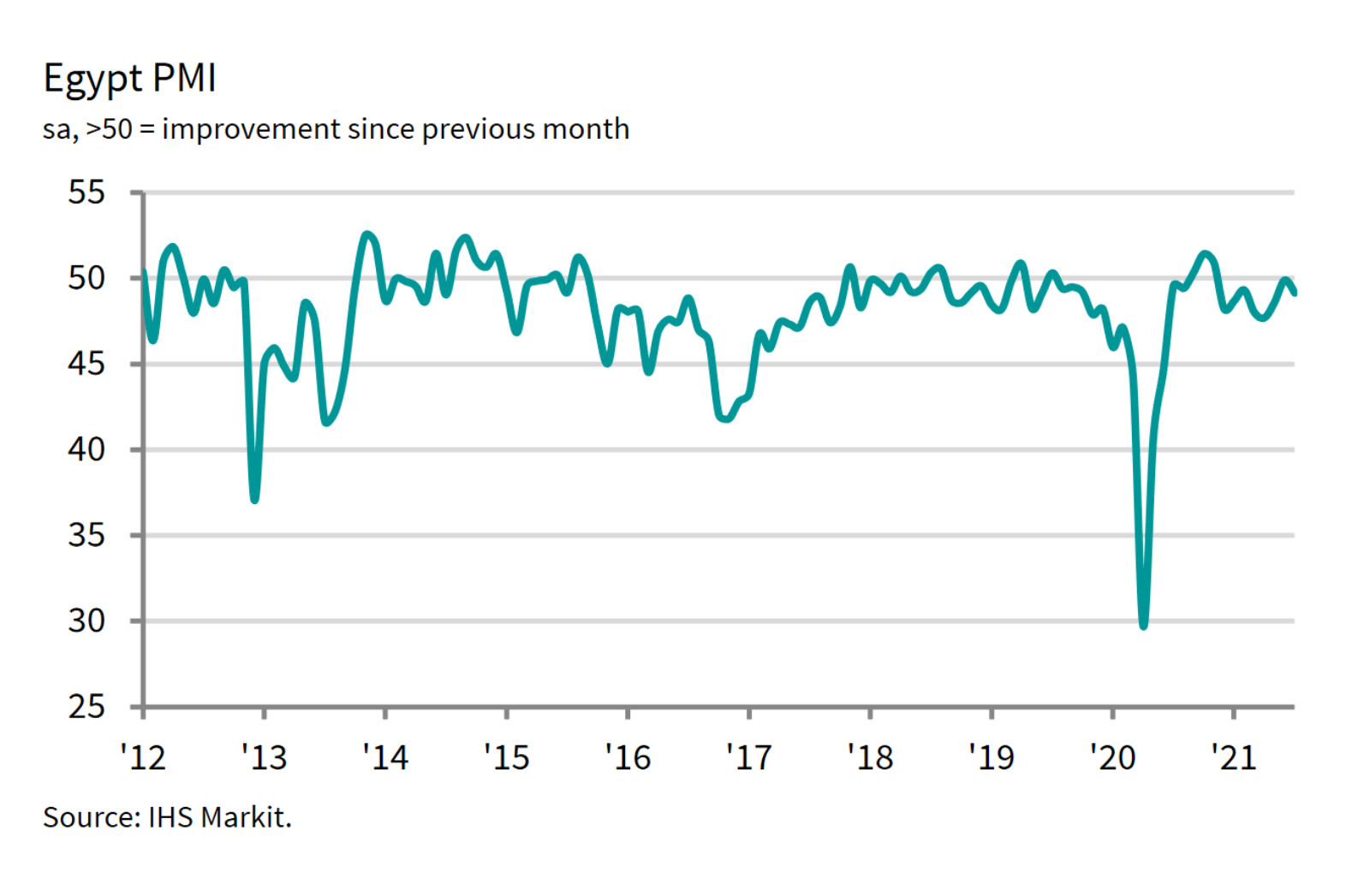 Employment in Egypt’s non-oil private sector rose for the first time since late 2019 in July, as firms looked to capitalize on the pickup in new orders last month, according to IHS Markit’s purchasing managers’ index survey (pdf). Heightened demand meant that the private sector built up a backlog for the first time this year, prompting businesses to expand capacity and fuelling a recruitment drive, the survey suggests.

But private sector contraction deepened: The headline PMI dropped slightly to 49.1 in July from 49.9 the previous month, as output and new orders gauges fell back into negative territory. The two gauges had risen in June for the first time in seven months; the rate of contraction in July was weather than has been generally seen year to date.

Demand weakens from June: IHS Markit pointed to weak demand caused by sluggish domestic consumer spending to explain the dip, suggesting that the government will need to do more to support spending in the coming months. “It is clear that the economic recovery remains fragile and in need of further supportive measures to strengthen demand,” chief economist David Owen said.

Rising employment signals improved confidence: Despite the drop in the headline index, the positive employment figure signals that business confidence is improving and indicates that the economy has seen the worst of the pandemic, Owen said.

Overall inflation eased to a four-month low in July, as rises on input costs including employee wages and fuel narrowed, while the surge in raw materials prices also noticeably tailed off. Fewer companies hiked output charges as a result, while some offered discounts as they sought to entice reluctant domestic clients wary of ongoing pandemic measures.

Many sub-gauges showed good signs going forward despite the headline dip. Along with rising employment and easing inflationary pressures, foreign orders were positively impacted by ongoing recovery in the global economy, while supply chains also saw improvement. And June’s high optimism was carried over into July, with 51% of those surveyed saying they expect activity to increase in the next 12 months, suggesting confidence in the idea of a post-covid-19 recovery.

ELSEWHERE IN THE REGION- Saudi Arabia’s PMI saw its first drop in four months to 55.8 in July, down from 56.4 in June. Growth in output, new orders and employment all saw weaker growth compared with last month, but Saudi output expansion in particular remains rapid.

The UAE’s non-oil private sector registered its strongest growth rates in two years, with its headline PMI up to 54.0 in July from 52.2 in June, as new business, orders and employment all spiked sharply.