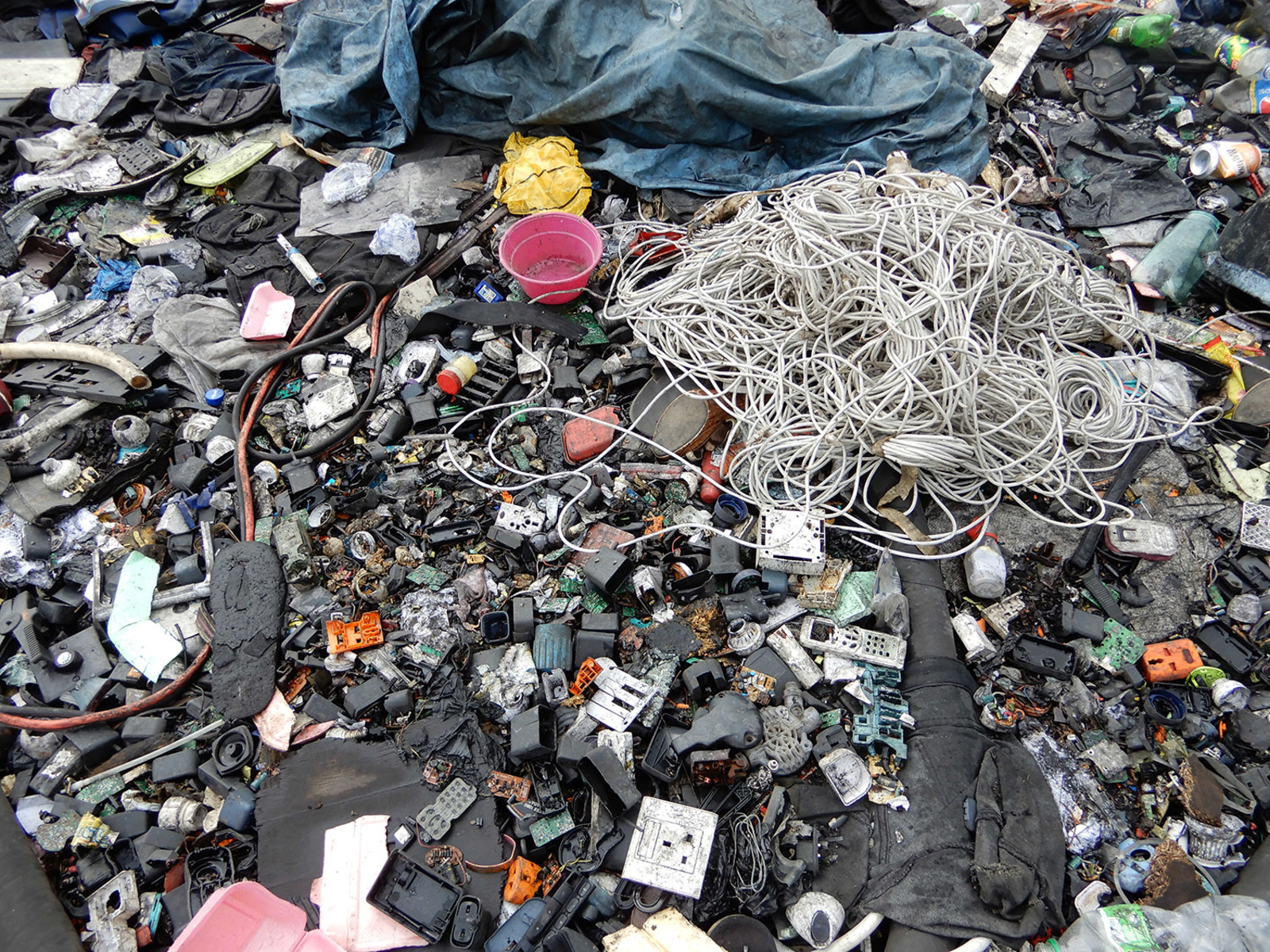 Government and industry are working together to make sure your old iPhones and laptops are safely recycled: The ICT and environment ministries launched this year “E-Tadweer,” an initiative to promote the safe recycling of outdated electronic items in collaboration with the private sector. A Google Play and App Store app launched almost a month ago allows people to hand in defunct electronics at drop-off points in exchange for vouchers they can use to purchase new devices at partner stores. Authorities began a media campaign in June to promote the app, as well as explain its key components and how it can be used to recycle electronics.

How E-Tadweer works: Regular folk can sign up to the app and upload pictures of electronics they’re no longer using or outdated gadgets that no longer have a market. They can then head to the drop-off points specified by the app and hand over the devices. Users receive e-vouchers provided by the corporate partners, who are currently Vodafone and Raya.

E-recycling in numbers: Egypt produces an estimated 90k tonnes of e-waste a year, 58% of which comes from the private sector, 23% from households, and 19% from the public sector, according to figures recently provided by Environment Minister Yasmine Fouad, and statements to Enterprise by Tarek El Araby, who heads the Waste Management Regulatory Authority (WMRA). The ICT and telecoms industry, alone, accounts for 66-73 tonnes of that figure, with other sectors comprising the remainder, El Araby told Enterprise.

Why is this important? Electronic waste contains harmful chemicals such as mercury and lead that can end up in our soil and water if the devices are not correctly disposed of. Unused electronics are also wasted rare earth mineral deposits, with many electronic devices relying on these metals — demand for which has risen in parallel with increasing consumption of electronic goods — to power their systems. Recycling e-waste would allow us to extract and reuse some of these metals, decreasing our dependence on mining going forward.

The ministry is courting more private investment for electronic waste recycling: The Environment Ministry is looking for ways to make so-called e-recycling the norm, as well as avenues to encourage private sector participation. Senior government and industry officials we spoke to last week told us that e-recycling would get a major shot in the arm by opening up to private investors, but the challenges that had traditionally faced private sector participation in the waste management sector at large remain.

Vodafone Egypt is playing a key role in the initiative. The telecoms major designated several of its branches as drop-off points, provides technical support for the app, and is on board with marketing efforts, Vodafone Egypt CEO Mohamed Abdallah said in a recent statement.

One step at a time: Phase one, which is currently underway, allows users to hand over smaller-sized electronic devices including mobile phones, laptops, chargers, cameras, video games, Playstation consoles, and small PC monitors. At later stages, the initiative will allow larger devices such as washing machines, refrigerators, and television sets to be dropped off.

Plenty of room for investment: The numbers make for attractive potential returns for investors, who would get plenty of ground to cover, El Araby tells us. Most of Egypt’s electronic waste, nearly 98%, is snapped up by informal garbage collectors, according to El Araby. Only 2% makes it through to formal waste management channels, El Araby notes.

Incentives on the way: Authorities will unveil a number of incentives for private waste management companies to invest in e-recycling, WMRA’s deputy head, Yasser Mahgoub, meanwhile, says. While nothing is clear yet, Mahgoub hinted that the incentives will extend to other areas beyond e-recycling and will vary depending on sector. They are being drafted in cooperation with the Federation of Egyptian Industries (FEI), he says.

Manufacturers are also set to play a role. The ministry signed an MoU with the FEI to look into ways to bring existing electronics manufacturers on board with the initiative, with plans to give factories incentives to set up recycling facilities to safely dispose of defunct electronics, Fouad recently said.

But there’s still a long way to go: There are currently only seven recycling facilities in Egypt for e-waste, with only 5-10% of the volume of recycled e-waste being handled by the private sector, Mahgoub said. More private sector players are expected to come on board, but they’re waiting for clarity on a waste management legislative framework currently being finalized. Government authorities and legislators are currently holding regular meetings to put the final touches on the framework with private sector players to put in place a mechanism suitable for their needs, he added. Those players include Pepsico, Nestle, and Coca-Cola — which are discussing working incentives for recycling packaging materials into the legislation, as well as leading electronics manufacturers including Toshiba and LG — who will also be handed a mechanism expected to be supportive of better e-waste recycling, Magoub says.

BACKGROUND- Egypt embarked on a mission at the start of the 2000s to better manage waste and move away from open air incineration and unsanitary landfilling. One of the key pillars of this plan is a larger private sector role, especially as the government is finding it increasingly difficult to handle all waste management processes centrally. Those efforts, however, continue to be undermined. This is due to several reasons including the fact that the private sector still can’t find a way around structural problems such as the lack of a nationwide collection infrastructure, and that the country still lacks a clear legislative framework for waste management. The government said back in 2019 it plans to reach an 80% rate in municipal waste recycling by 2026.

DIG DEEPER- We took a closer look at challenges facing private sector participation in waste management in Hardhat last year, and have been keeping a close eye on the recently-ratified Waste Management Act, for which the executive regulations are still in limbo.