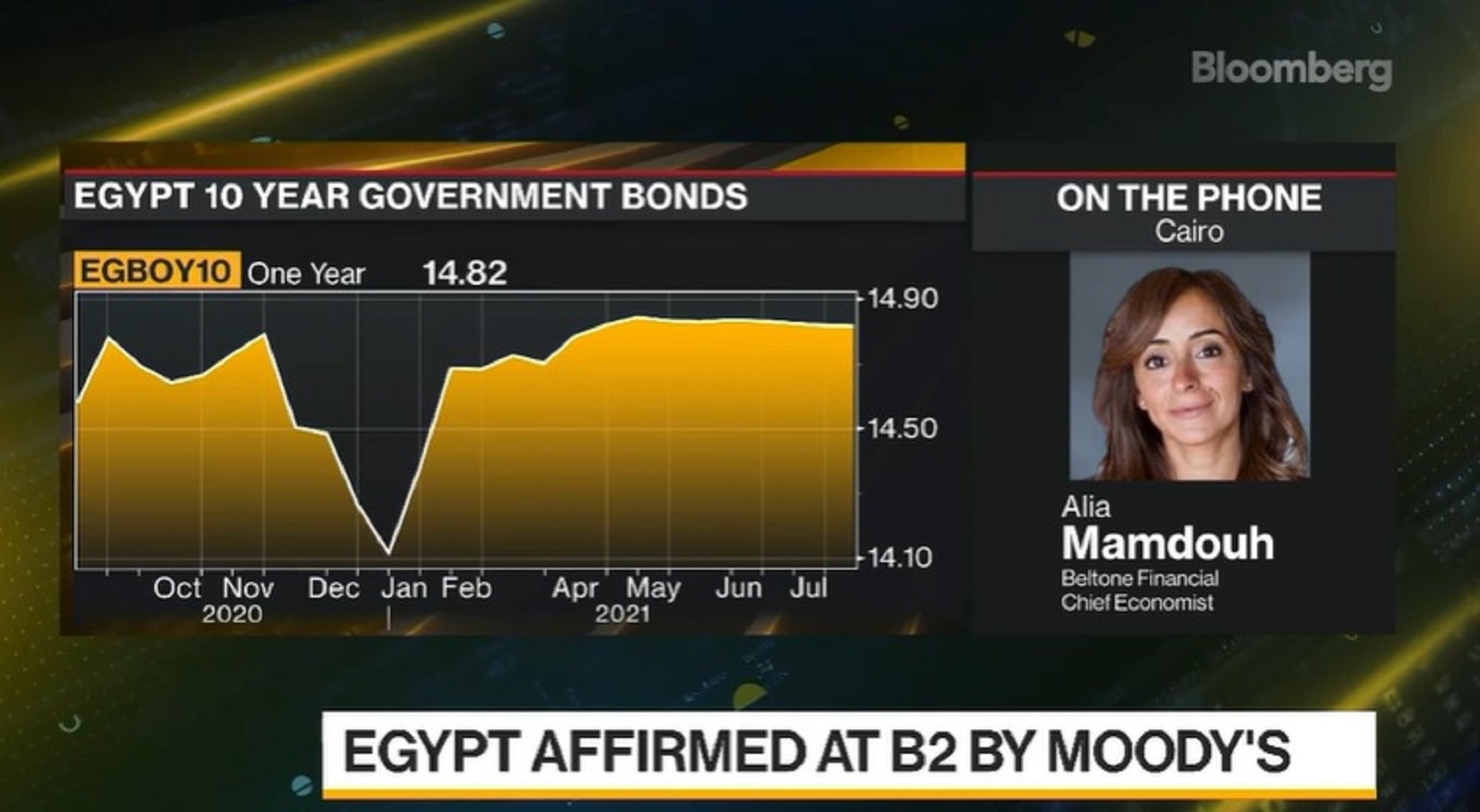 Egypt expects to see USD 3-4 bn of foreign inflows into the bond market in 2H2021, Beltone Financial’s chief economist Alia Mamdouh told Bloomberg Daybreak this morning (watch, runtime 4:39). Portfolio flows should pick up over the next six months if Egyptian debt is made “Euroclearable” and the country’s local-currency bonds make it back onto JPMorgan’s emerging-market sovereign bond index later this year.

We should hear from JPMorgan by October whether Egypt will be included in the index, which is expected to generate USD 1.4-2.2 bn in inflows into EGP-denominated debt. The US investment bank said in April it would take a decision within six months.

And a decision from Euroclear is expected at a similar time: Egypt’s bonds could start to be cleared through the Belgium-based clearinghouse between September and November, making it easier for foreign funds to get into and out of Egyptian debt.

Egypt made it onto FTSE Russell’s new frontier-market sovereign bond index launched in June, which the Finance Ministry believes should attract another USD 4 bn in foreign inflows.

Foreign holdings have rebounded to new record highs this year following the emerging-market sell-off that accompanied the first wave of the coronavirus in March. Foreign investment in bills and bonds rose to between USD 28-29 bn at the end of May, after having fallen to a nadir of USD 10.4 bn in May 2020.

We’re already seeing a recovery in foreign inflows into debt: Foreign inflows dropped in March and April 2020 due to the pandemic-induced sell-off, but hot money started coming back to the country in May of the same year to reach USD 23 bn by the end of last November, up from USD 21.1 bn six weeks earlier.

Where are yields headed? Bond yields are also expected to stay elevated at current levels of 15-15.2% until the end of 2021, with an expected “slight” uptick in 2022 with the rise of corridor rates, Mamdouh said.

The CBE will likely leave interest rates on hold for the sixth consecutive meeting with a close eye on rising commodity prices, our recent Enterprise poll says.