No summer, no slowdown: We have a busy news day today, ladies and gentlemen, with macro, regulation news, and updates on key events we’re tracking all taking place.

What’s happening with the EGX today? The market closed nearly 2% down today with no major EGX-listed company in the green. Stay tuned to tomorrow’s EnterpriseAM for an explanation.

Meanwhile, European travel operator TUI has cancelled all summer holiday packages to Egypt until 31 July amid "ongoing uncertainty around travel", according to a press release by the company. Joining Egypt in the list of cancelled summer destinations by TUI are Turkey, Morocco, Greece, Tunisia, Costa Rica, and the US state of Florida.

This is the latest in a series of tourism hits the country has been receiving in recent weeks. Just yesterday Egypt was added to Morocco’s travel list B, while the UK and Saudi Arabia have advised against visiting the country.

THE BIG STORY TODAY- The cement industry might finally catch its long awaited break after years of a supply glut has pushed players to the brink. Reuters is out with an exclusive stating that production cuts that have been called by industry players have received the sign off from the Competition Authority. Industry players we spoke with today tell us that the decision is in fact a ceiling being set on domestic sales.

The PMI is also out for Egypt, and it’s better than expected. With the gauge landing at 49.9, this is the closest Egypt’s non-oil private sector has gotten to expansion territory since November 2020. We dive deeper into both stories in the Speed Round below. 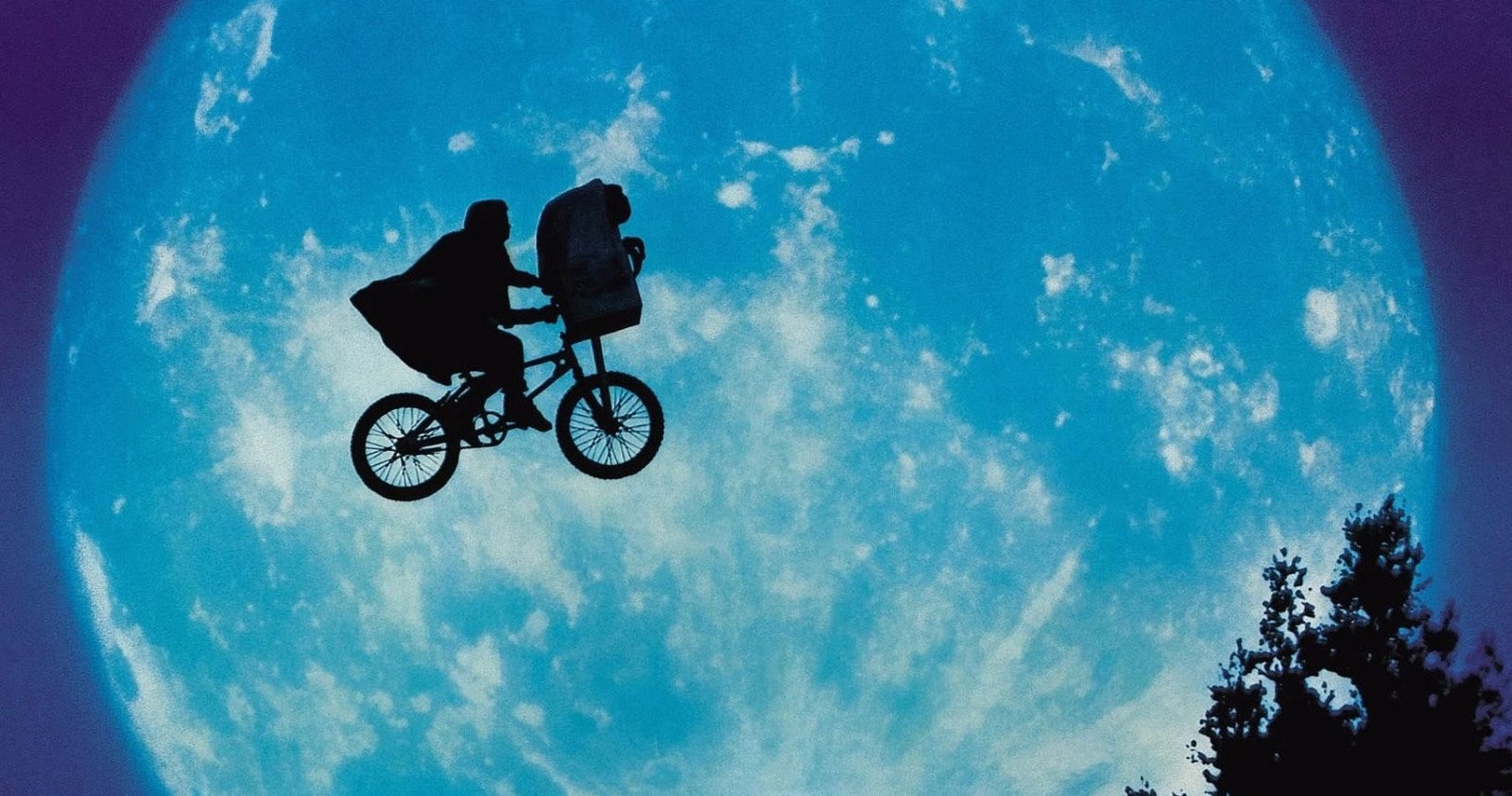 Ever Given go home: It seems that the Ever Given saga may finally be settled, as the Ismailia Economic Court ordered the release of the ship tomorrow, on the request of the Suez Canal Authority, according to Al Shorouk. This comes after an array of negotiations for a fair compensation settlement. Over the weekend, the ship’s owner Shoei Kisen agreed to pay USD 540 mn, from the previous USD 150 mn it was reportedly holding out for. We covered the story here, here and here.

HAPPENING NOW- The Senate has given its final approval today for the Unified Budget Act, following Sunday’s early nod. The bill will be sent to the House of Representatives for a final vote, before heading to Ittihadiya for ratification, according to Hapi Journal. The legislation will impose new requirements for the government to ensure fiscal discipline. These include spending limits for each ministry, as well as new mechanisms to monitor budgeting performance.

PSA- Uber will take you to get vaccinated at a discount: The ride-hailing service is offering two Uber trips for each rider to the Cairo International Convention Center — Egypt’s largest vaccination center — shaving EGP 100 per ride, according to a press release (pdf).

How it works: You should receive an SMS or email with a link to the voucher. Once you accept it, it will be in your Uber Wallet for use whenever you head to the center.

THE BIG STORY ABROAD- On that last note…Oil prices are now at a six-year high, amid growing tensions between Saudi Arabia and the UAE, Bloomberg reports. Prices are close to USD 77 per bbl, with West Texas Intermediate (WTI) crude at USD 76.9, already ticking up from this morning’s three-year high. This series of upsurging prices comes in the aftermath of OPEC’s failed agreement on supply quotes.

The Egyptian Property and Investment Show (EPIS) is opening its doors tomorrow, bringing the biggest real estate event in Egypt. The exhibition will run until 10 July and you can register here.

The EGX will hold its board elections for the 2021-2025 term on Wednesday, 14 July, four days earlier than it had originally planned, the exchange said in a bulletin. We had a rundown on the candidates in this morning’s EnterpriseAM.

The Cairo International Book Fair is currently ongoing at Egypt International Exhibition Center today. The event will run through to 15 July.

With the summer heat intensifying and calls for action on climate change rising, auto companies and oil giants are showing their doing their part. Volkswagen is selling its Bugatti supercar business to Croatian electric car startup Rimac Automobili amidst a pivot to EVs, according to a VW press release. VW’s Porsche and Bugatti brands and Rimac will join forces to create a JV firm called Bugatti Rimac. Under the agreement, Rimac will own a controlling 55% stake in Bugatti while VW’s Porsche brand will own the remaining shares. The financials of the transaction were not disclosed. VW is aiming to phase out combustion engine vehicles in Europe by 2035, but the move marks an end of an era for 112-year-old luxury French brand Bugatti that spent two decades under the German automaker.

Meanwhile, Big Oil is divesting from its fossil fuel assets to the tune of bns of USD: Total asset sale of companies such as Exxonmobil, Total, and BP exceeded USD 140 bn, as companies rush in their transition to net zero, Wood Mackenzie says, according to the Financial Times. Apparently, there are potential buyers for these assets — from smaller private players to independent operators backed by private equity. But as some oil majors are growing a conscience, others such as Aramco have no interest in helping the world out.

Amazon Original military sci-fi film The Tomorrow War is out, featuring Chris Pratt as the main character. Dan Forester (played by Pratt) is drafted to fight in a war 30 years in the future against a deadly alien species. He teams up with a scientist and his estranged father in a mission that will determine the fate of humanity. The flick is exciting and the acting is applaudable, but the movie is sometimes formulaic in its depiction of time travel and family. A bunch of reviews are out echoing that while the film is a great summer watch, it won’t be receiving any awards soon. The Guardian | Roger Rebert | Den of Geek | CNet.

⚽ The Euro semi finals are finally here. Gather the friends and get ready to watch Italy versus Spain tonight at 9pm.

The popular fast food chain in the 70s and 80s, Wimpy, is relaunching in Egypt today with a branch in Dokki. The American burger joint used to be the McDonald’s of the land, but went on a decades-long hiatus from Egypt and Saudi Arabia. Promising a comeback with a bang, Wimpy is releasing a brand new menu featuring items such as egg burger, smashed burger, chicken fillet puri wrap, and of course, the Wimpy burger. You can visit their branch, order a home delivery, or pass by and grab your order using the Carhop app. Bonus: Wimpy are going all out with their marketing, check out this epic advertisement (watch, runtime: 00:55).

A Square Foot Gardening workshop is taking place today at 7pm at Magal Explore. The gardening technique is regarded as one of the most efficient methods to grow food with little resources.

The Gypsy Jazz Project is performing tonight at The Room New Cairo at 9pm.

How to spot megatrends before anyone else: Whether you’re an entrepreneur, and investor, or someone who just likes to stay ahead of the curve, you should check out Rohit Bhargava. The author releases a book every year on what the trends will be in the next period and has often gotten very close to the mark. He also has developed the ‘Haystack Method’ to identify coming trends However, his latest book Non Obvious Megatrends promises to be his last book and look large-scale at the huge shifts in business and culture that will transform how we work, play and live globally. You can purchase the Kindle version of the book or head to Diwan Bookstore where we’ve seen it there.

☀️ TOMORROW’S WEATHER- Cairo will be touting temperatures of 40°C for the coming few days, with tomorrow’s nighttime low standing at 24°C, according to our favorite weather app. Meanwhile, the beachside summer destination that is Sahel will have daytime highs of 32°C and nighttime lows of 23°C.