Will our balancing act on inflation endear us to foreign investors? 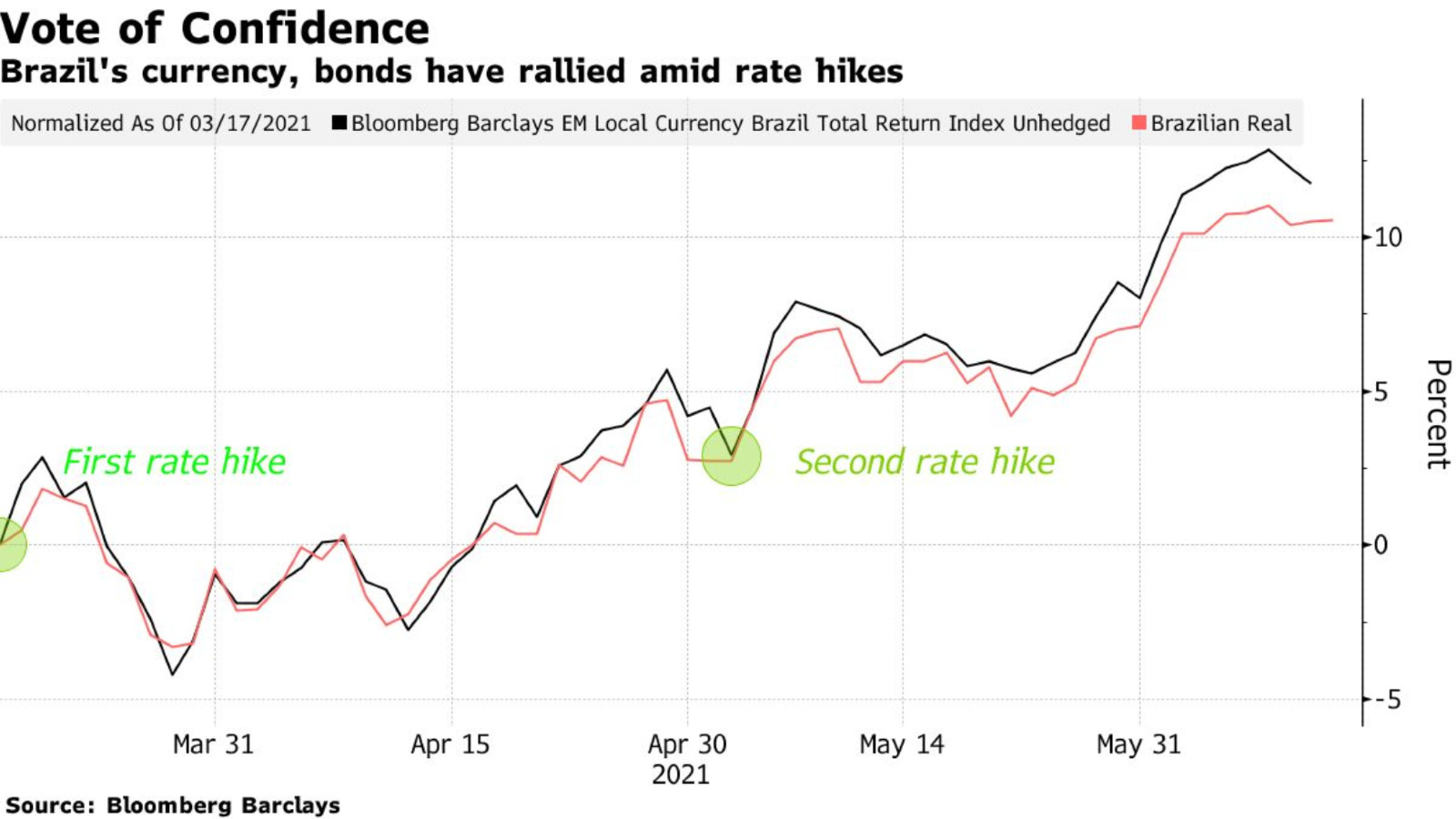 Emerging markets that are talking tough on inflation will be rewarded by foreign investors, who have one eye on the potential dangers ahead as price pressures grow, analysts tell Bloomberg. Central bankers in developing countries are having to perform a delicate balancing act between supporting their economies — many of which are still facing covid-19 outbreaks — and keeping a lid on inflation, which threatens to become a problem thanks to a strong economic rebound and huge stimulus in advanced economies. “Investors will ultimately favor those countries in which central banks are able to get ahead of inflation,” said an analyst at TS Lombard. “It’s essential that central banks react proactively.”

Exhibit A: Brazil. Brazil’s central bank chief Roberto Campos Neto has made how he feels about inflation explicit, communicating in no uncertain terms that he will do whatever it takes to fight off inflation, which rose to its highest rate in almost a quarter of a century in May. This has been backed up by actions: the Brazilian central bank has twice hiked rates aggressively since inflation began to tick upwards, with another increase expected later this week as prices continue to surge. Since the first hike, the Brazilian real has gained an EM-leading 9.2% and its bonds have returned 10%.

Exhibit B: Russia. Russia’s central bank has taken a similarly tough approach to inflation, raising rates three times, with another hike expected at their next meeting in July. This will help to support the ruble, which in turn could help the central bank contain inflation, said a fund manager at PineBridge Investments.

On the flipside, countries that are being lax on inflation aren’t in investors’ good books. Poland and Hungary are two examples of lower-yielding countries that have been happier to let prices rise. “We are cautious in the lower-yielding markets with high correlation to core rates and where risks of inflation becoming ‘un-anchored’ are most concerning,” said a bond analyst at Pictet Asset Management.

Fortunately, the Central Bank of Egypt isn’t facing the same dilemma, given the global inflationary trend is yet to make its mark in Egypt. Even after a slight increase in May, the annual urban rate is still beneath the lower bound of the central bank’s target range. Furthermore, inflation slowed down m-o-m, with urban prices rising 0.7% during the month, compared to an increase of 0.9% during April. This trend isn’t expected to change drastically, with analysts forecasting a pick up in price growth over the summer, but nothing that will overshoot the CBE’s 7% (+/- 2%) target range.

…But has to still balance inflation targets with our all-important carry trade: The CBE is trying to find a balance between maintaining its attractive real rates and stimulating the economy — a line that may become finer as inflation pushes other EM countries to raise rates and become more competitive with the EGP carry trade, an important source of foreign inflows.

Need a refresher on the carry trade? We’ve got you covered right here.