Egypt at the Olympics: A brief history 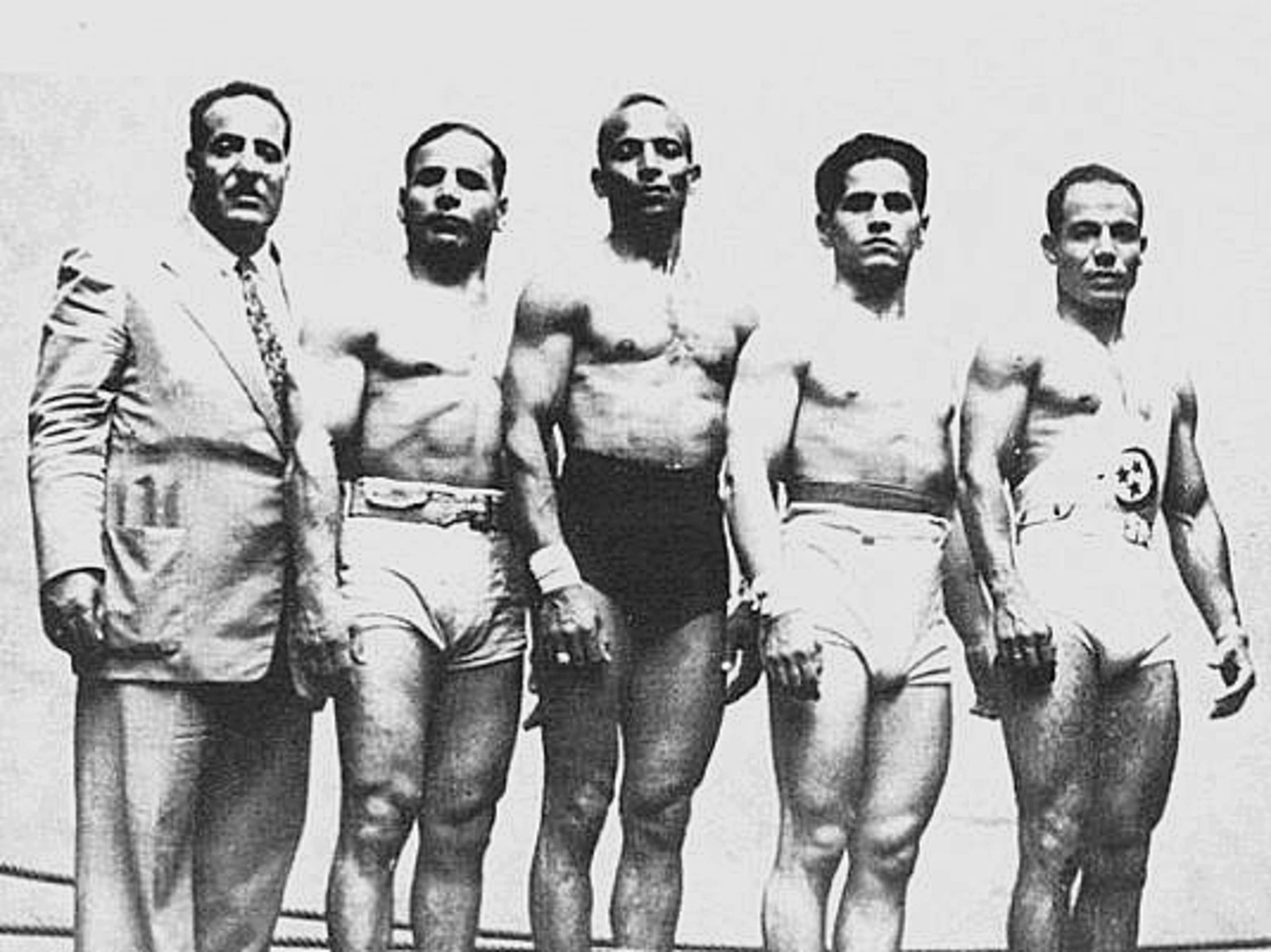 Egypt has participated regularly at the Summer Olympic Games since 1912, two years after the establishment of the Egyptian Olympic Committee by Greece-born Egyptian sprinter Angelo Bolanaki (pdf). Bolanaki was the first Egyptian athlete to compete outside the country in the late 19th century, and was at one point the world’s fastest sprinter, holding the 100m world record near the turn of the century. Bolanaki was appointed to the International Olympic Committee (IOC) in 1910.

Over the past century Egypt has accumulated 32 Olympic medals — including seven golds — ranking it joint 53rd in the all-time medal table alongside Georgia and Indonesia.It’s not a bad showing when you consider that there are still 65 countries that have never in their histories won a medal, but it’s not exactly great. The US won 121 medals in the Rio 2016 Olympics alone — almost five times the number we’ve collected over the past century.

We may have had a few more if it wasn’t for the boycotts: Egypt has never been shy about getting involved in political boycotts of Olympic events. Of the 24 Games held since 1912, Egypt has participated in 20: sitting out in 1956 in protest at the Suez War; rejecting the 1976 Montreal Games after the IOC refused to ban New Zealand for links with apartheid South Africa; and joining the US-led boycott against the Soviet Union in 1980.

It took us four attempts to win our first medals — and it was weightlifting that became our forte: Amsterdam 1928 was the first Games that saw Egypt win medals, with two gold medals coming in weightlifting events and a silver and a bronze in diving. Egypt's first Olympic golds went to weightlifter El Sayed Mohamed Nosseir, who broke the world record in the light heavyweight class by lifting a combined 355 kg, and Ibrahim Moustafa, who won the Greco-Roman light heavyweight wrestling. Eight years later in Germany Khadr El Touni managed an even bigger feat, taking home a gold medal after easily beating his German competitor. El Touni lifted a stunning 387.5kg, trouncing the silver medallist who only managed 352.5kg, setting a new world record that would last for 13 years. All in all, Egypt has won 14 of its 32 medals in weightlifting and seven in wrestling.

Egypt’s GOAT? Mahmoud Fayad, who was regarded as one of the top Olympic lifters of the 20th century. The stage was set for the featherweight lifter to triumph in the competition and establish his legacy among the all-time great champions after Olympic gold medalist Ibrahim Shams moved up a weight category and Egyptian weightlifter Saleh Soliman disappeared from the sporting scene. After earning a silver medal at the 1936 Summer Games, Fayad aced his 1948 Olympic featherweight victory in London — he snagged the gold and also set world records in both the snatch and clean and jerk lifts. Proving that this was no fluke, he also came out on top at the next two World Championships.

Egypt continues to be a force to be reckoned with in weightlifting in the present day: Of the 12 medals won by Egyptians since the turn of the millennium, half of them have come from weightlifting and wrestling events.

It has been a long time since an Egyptian last won a gold: Greco-Roman wrestling legend Karam Gaber was the last person to do it, emerging victorious in the Men's Greco-Roman 96 kg event during Athens 2004.

Egypt has also made several attempts to host the Games, bidding in 1916 and 1936 for Alexandria to stage the event, before entering Cairo into the race for the 2008 Games, which were ultimately awarded to Beijing.

We’re not giving up that easily: In 2018, Sports Minister Ashraf Sobhy announced plans to bid to host the 2032 Olympics, which would make Egypt the first country in Africa to stage the Games. It’s not looking like we’ll see the torch in Cairo anytime soon though: apart from the fact that the government is not known to have submitted an official bid, the IOC is reportedly leaning towards handing the event to Brisbane, though Qatar said it will continue with its bid for Doha 2032.