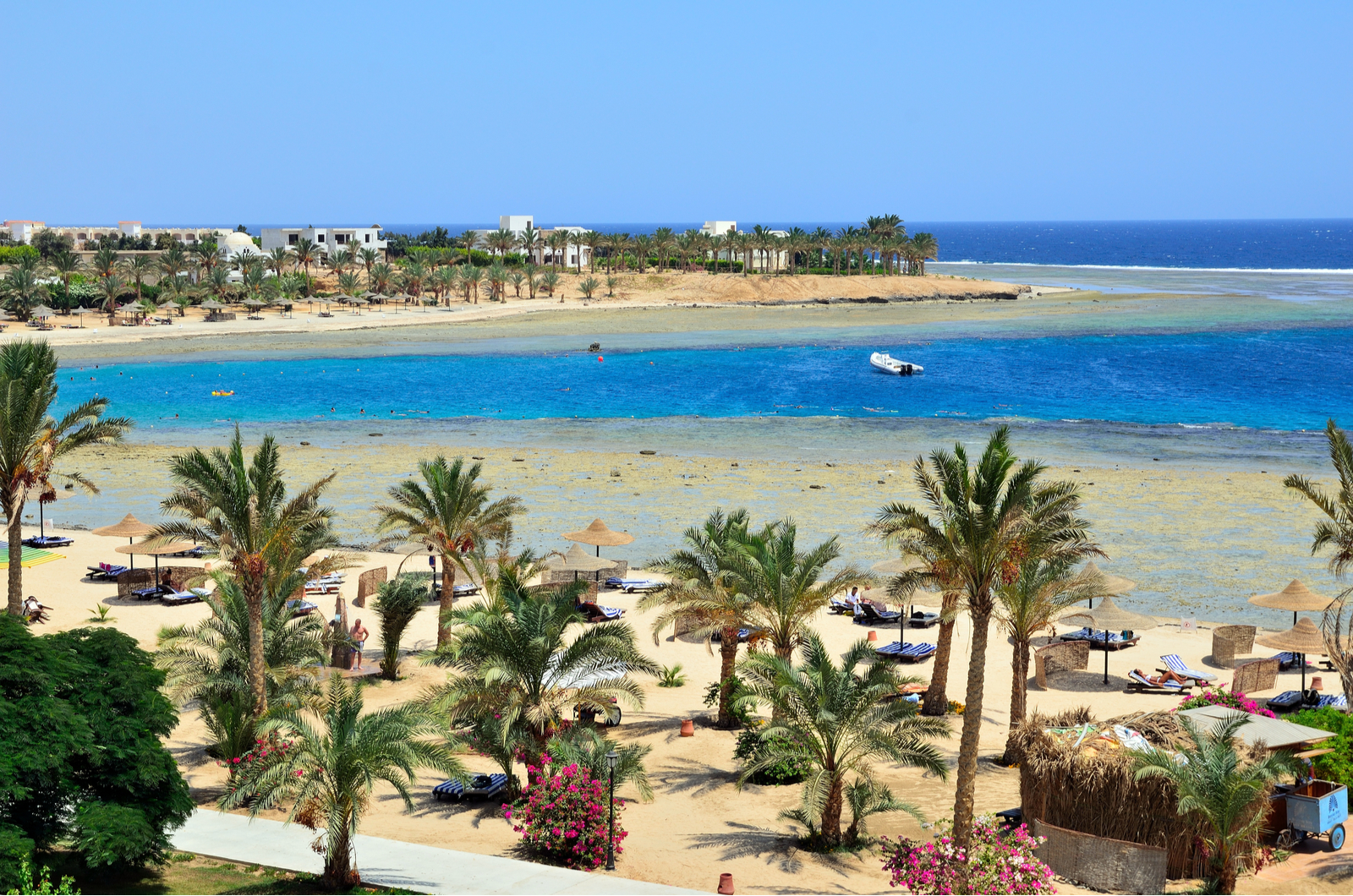 Colliers international is now more hopeful about the Red Sea’s tourism prospects for 2021. The real estate services company has upped its full-year hotel occupancy forecasts (pdf) for Sharm El Sheikh and Hurghada. Occupancy in Sharm is forecast at 42% this year, up 81% from 2020, while hotels in Hurghada are expected to see 46% occupancy, nearly double last year’s rate. Colliers last month said it thought Sharm would hit a 37% rate and Hurghada 38%. Hotel occupancy nationwide averaged 40-45% during the first quarter of 2021 and rates have been gradually increasing, a Tourism Ministry official said earlier this year.

Colliers expects occupancy rates in Cairo to increase to 44% this year, up 62% y-o-y, and rates in Alexandria to rise by 31% y-o-y to 59%. Both forecasts were only slightly changed from its May report.

Tourism revenues are now expected to come in somewhere between USD 6 bn and USD 9 bn in 2021, thanks to rising bookings from Eastern Europe and the Gulf, Tourism Minister Khaled El Anany said last week. The announcement was an upwards revision of Egypt’s tourism revenue targets for 2021, which El Enany had last month put at USD 8 bn. Recovering arrivals are setting us on track to welcome a little over 6 mn visitors by the end of the year.

We’re still waiting to hear on an expected date for the great Russian return: The resumption of direct flights from Russia to red sea destinations was originally slated for June, but has seemingly been indefinitely postponed as the Russians evaluate the covid-19 situation. A Russian delegation earlier this week arrived to inspect airports in Hurghada and Sharm El Sheikh, as part of ongoing investigations into the 2015 Metrojet crash in Sinai, which had prompted the initial suspension of flights.

REMINDER- Even with a huge influx of tourists, hotels must still operate at only 50% occupancy due to government restrictions designed to curb the spread of covid-19.

How is the rest of the region faring? Colliers’ forecast for vaccine superstar UAE signals our Emirati neighbors have essentially beat covid, with occupancy in four Dubai hotspots expected at an average of 66% in 2021. Abu Dhabi is also set to do relatively well at 54% projected occupancy, with hotel activity seen booming in Ras Al Khaimah. Over in Saudi Arabia, mean forecasts are 45%, with Jeddah expected to check in the most guests. Elsewhere in the GGC, Doha hotels are expected to see occupancy rates of 67%. The outlook is more pessimistic in Beirut and Amman, which are expected to see rates of 33% and 32% respectively.