Washington + Cairo are getting (strategically) chummier 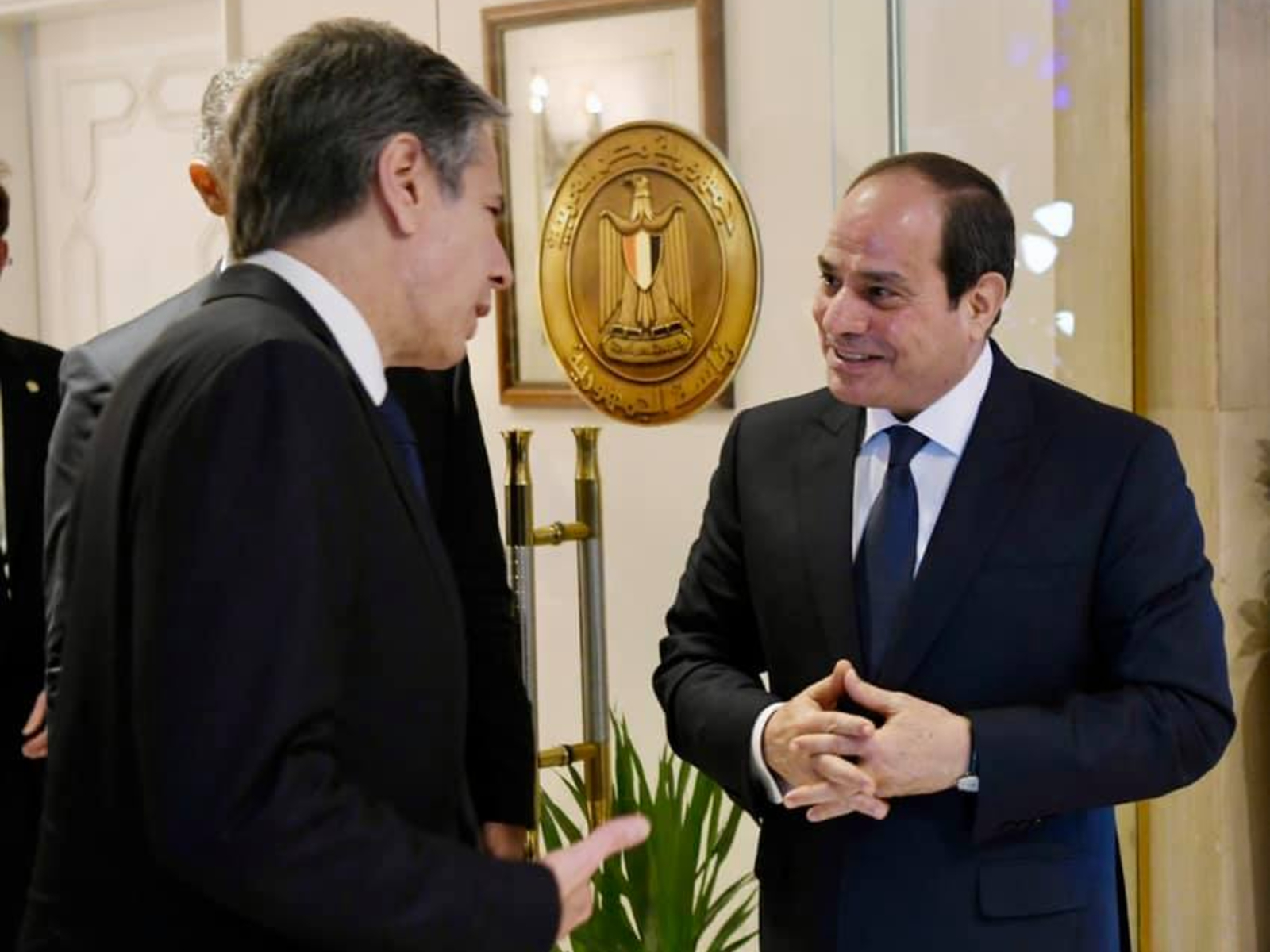 The US and Egypt will “cooperate closely” to reinforce the ceasefire between Israel and Hamas, as well as the Gaza reconstruction process, President Abdel Fattah El Sisi and US Secretary of State Antony Blinken said during a sit-down in Cairo yesterday, according to an Ittihadiya statement. Foreign Minister Sameh Shoukry and General Intelligence Service Chief Abbas Kamel also sat in on the meeting. All parties should work “immediately” to facilitate the resumption of direct negotiations between Palestine and Israel, El Sisi said, promising “active engagement” from the US to support the peace process.

Blinken had nice things to say: At a presser in Amman, Blinken underscored Egypt’s “crucial role” in mediating the ceasefire and our commitment of USD 500 mn to the Gaza reconstruction effort, according to a readout of his remarks. The secretary of state also “commended Egypt for its leadership in urging Libya’s legislature to keep elections on track for December” nad included a nod to the importance of a resolution on GERD. Reuters also had the story.

Human rights came up, however fleetingly: On Egypt’s human rights record, Blinken said in passing that he and El Sisi “agreed to engage in a constructive dialogue” on human rights. Although his initial remarks very briefly mentioned the rights issue, subsequent quesitons from the press fixated on the topic, leading Blinken to eventually say human rights are still “very much on the agenda with Egypt.”

Also on Blinken’s agenda yesterday: GERD. Washington is “committed” to working on reaching a solution that safeguards the water security and developmental rights of Egypt, Sudan, and Ethiopia, the secretary of state told El Sisi yesterday. US Special Envoy for the Horn of Africa Jeffrey Feltman is still in talks with the three countries and is working on a political resolution, the Department of State’s Arabic Language spokesperson Geraldine Griffith told Ala Mas’ouleety’s Ahmed Moussa yesterday (watch, runtime: 2:48).

Could we get US backing on GERD after mediating the ceasefire? It’s too early to expect Washington to intervene in tripartite negotiations on the Grand Ethiopian Renaissance Dam (GERD) to advance Egypt’s interests against Ethiopia’s, but we can at least expect a US push for negotiations geared toward reaching a binding agreement, former foreign minister Nabil Fahmy told Yahduth fi Misr’s Sherif Amer. In the meantime, Egypt should take the initiative and capitalize on its strong diplomatic standing now to nudge Washington towards supporting its position in the talks, Fahmy said (watch, runtime: 2:44).

The shift in the Biden administration’s tone towards Egypt also doesn’t necessarily mean we’re going to become besties: It’s the nature of foreign policy that the US will have policies on certain matters that aren’t to Egypt’s liking, and vice versa, but each country has to recognize the other’s significance, Fahmy said (watch, runtime: 1:50).

Blinken’s visit to Cairo comes as part of a four-city tour to the Middle East dedicated to solidifying the Egypt-brokered Gaza-Israel ceasefire. The US Secretary of State made stops in Jerusalem and Ramallah a day earlier, during which he pledged a combined USD 112.5 mn in US aid to Palestine.

El Sisi separately spoke on the phone with German Chancellor Angela Merkel and Pakistan’s Prime Minister Imran Khan, both of whom praised Egypt for mediating the ceasefire and stressed the importance of reinforcing the truce with an eye to resuming political negotiations between Israel and Palestine, according to Ittihadiya statements.