To universal bankhood, and beyond 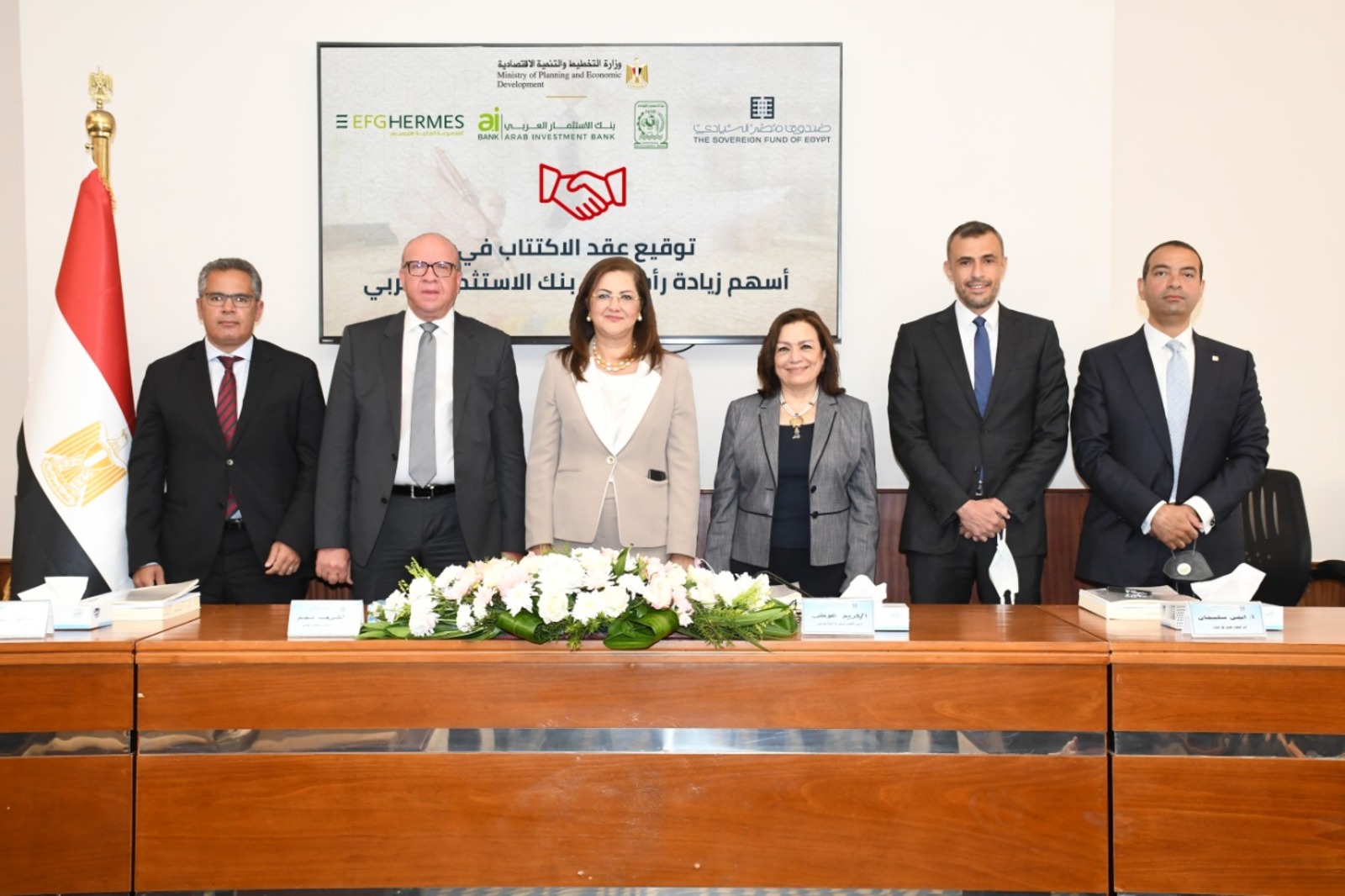 EFG and the SFE have inked agreements to buy a supermajority stake in AIB in a transaction worth some EGP 3.8 bn. The Sovereign Fund of Egypt (SFE) and EFG Hermes will acquire 76% of the Arab Investment Bank (AIB), the two parties announced in a joint press release (pdf) out this morning, saying they had inked agreements for the transaction after receiving cabinet approval yesterday. The acquisition is structured as a capital increase that will raise AIB’s paid-in capital to EGP 5 bn. The news comes one day after EFG announced strong 1Q2021 financial results.

Who’s getting what? EFG Hermes will subscribe to 423 mn newly issued shares for EGP 6.03 per share, at a total value of EGP 2.55 bn, giving it 51% of AIB and majority ownership. Meanwhile, the SFE acquired 207 mn newly issued shares at the same per-share price totalling EGP 1.25 bn, making it the second-largest shareholder with a 25% stake. The National Investment Bank — AIB’s parent company — will hold the remaining 24%, after purchasing stakes of previous minority shareholders.

The agreement sees EFG Hermes transform into a universal banking platform, CEO Karim Awad said. This comes as part of a diversification strategy that has strengthened the group’s presence in frontier emerging markets, he added in the statement, noting that “as a company, we continue to be extremely bullish about what the future holds for Egypt.”

A decisive transformation: Under Awad’s leadership, EFG has transformed from an Egypt-focused investment bank with a presence in the GCC into the leading investment bank in frontier emerging markets with offices in Egypt, the GCC, Nigeria, Kenya, Bangladesh, Vietnam, London, New York and more. In parallel, Awad has turned EFG into a financial services powerhouse in Egypt with potential to expand well beyond, adding microfinance, leasing, factoring, payments, consumer finance, insurance, mortgage finance and more to the firm’s non-bank financial services platform. It’s a playbook that other domestic investment banks, looking to smooth out their earnings, have emulated. Awad told the the full story in his appearance on Making It, our podcast on how to build a great business here in Egypt.

The transaction is expected to close in 3Q2021, pending the Central Bank of Egypt’s (CBE) final approval.

Background: EFG and the SFE began due diligence on AIB last June, after receiving clearance from the CBE. The National Investment Bank had announced earlier last year a plan to take several of its portfolio companies to market with the help of the SFE.

This is the first full bank privatization Egypt has seen in 15 years, the last being the sale of Bank of Alexandria to Italy’s Intesa Sanpaolo in 2006. Earlier that same year, the Egyptian American Bank — which was partially owned by Bank of Alexandria — was sold to Credit Agricole and El Mansour & El Maghraby Investment and Development Co. The CBE has also been working to sell United Bank to a strategic investor, but that process appears to have been put on hold due to market turbulence resulting from the covid-19 pandemic.