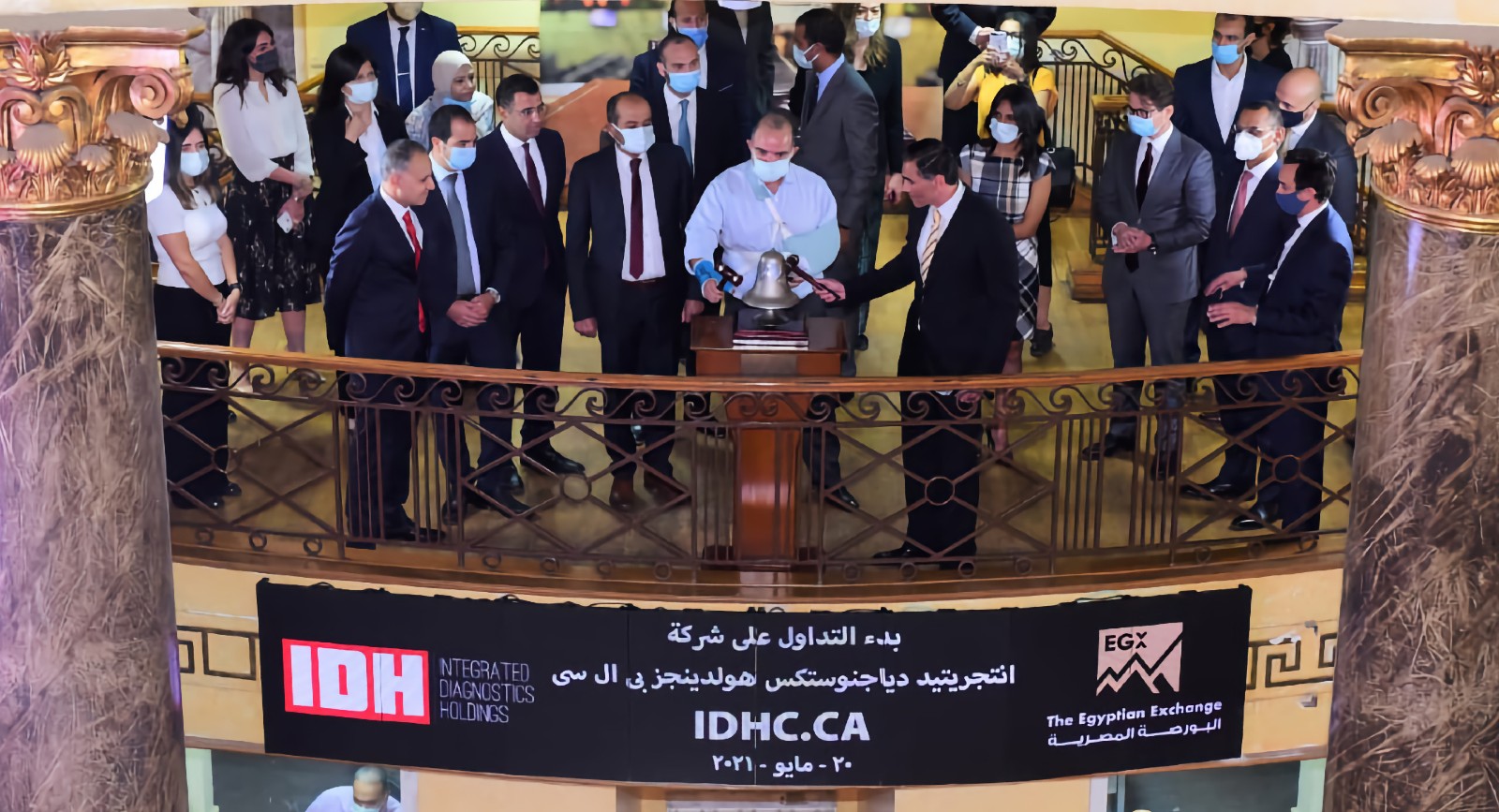 Trading of LSE-listed Integrated Diagnostics Holding’s (IDH) shares on the EGX began today as the consumer healthcare giant with operations here, in Jordan, Nigeria and Sudan looks to make itself more accessible to domestic investors. Shares are trading here under the ticker IDHC. The listing comes one day after IDH issued strong financial results for FY2020, including a more generous dividend despite the impact of covid-19.

The offering was the first technical listing of its kind on the EGX as the Cairo-headquartered company sought to establish presence on the local stock exchange after having first made a blockbuster debut in London back in 2015, an offering that was 11x oversubscribed. IDH hasn’t issued any new stock. Rather, 5% (or 30 mn shares) of the company’s existing 600 mn shares were transferred to the EGX, which was the minimum needed to meet the EGX’s float requirements. Of those shares, at least 27 mn were sold to new institutional investors through two block trade transactions that took place on Tuesday and on Wednesday.

EGX trading data shows that the share price was up 367% by the closing bell, but this isn’t an accurate gauge of its debut performance as the listing wasn’t an IPO. An EGX statement this morning said the exchange used the share’s par value of EGP 3.95 as a “benchmark” opening price. However, the first trade executed in the day immediately reflected yesterday’s closing price in London, and the shares eventually closed at EGP 18.40 apiece — close to their USD 1.15 (EGP 18.01) price on the LSE toward the end of the trading day.

“Today marks a truly exciting day for IDH as we successfully met our goal of offering IDH’s unique value proposition to the widest investor base possible,” said CEO Dr. Hend El Sherbini. “With our shares now dual-listed on the both the LSE and the EGX and tradeable in a fully fungible manner, IDH has gained access to a larger pool of geographically diversified investors, and we look forward to increased participation from local retail and institutional investors as well as global emerging markets specialists who regularly invest through the EGX.” El Sherbini says that “IDH offers investors an attractive [chance] to capitalise on fast-growing, underserved healthcare markets through an organization with a well-suited business model and clearly defined growth strategies.”

IDH is the second company to list on the EGX this year, following in the footsteps of higher education outfit Taaleem, which ended a nearly two-year-long IPO dry spell.

Advisors: EFG Hermes and Renaissance Capital are quarterbacking the transaction for IDH, while Clifford Chance, Ogier and White & Case are serving as counsel. Inktank is IDH’s investor relations advisor.