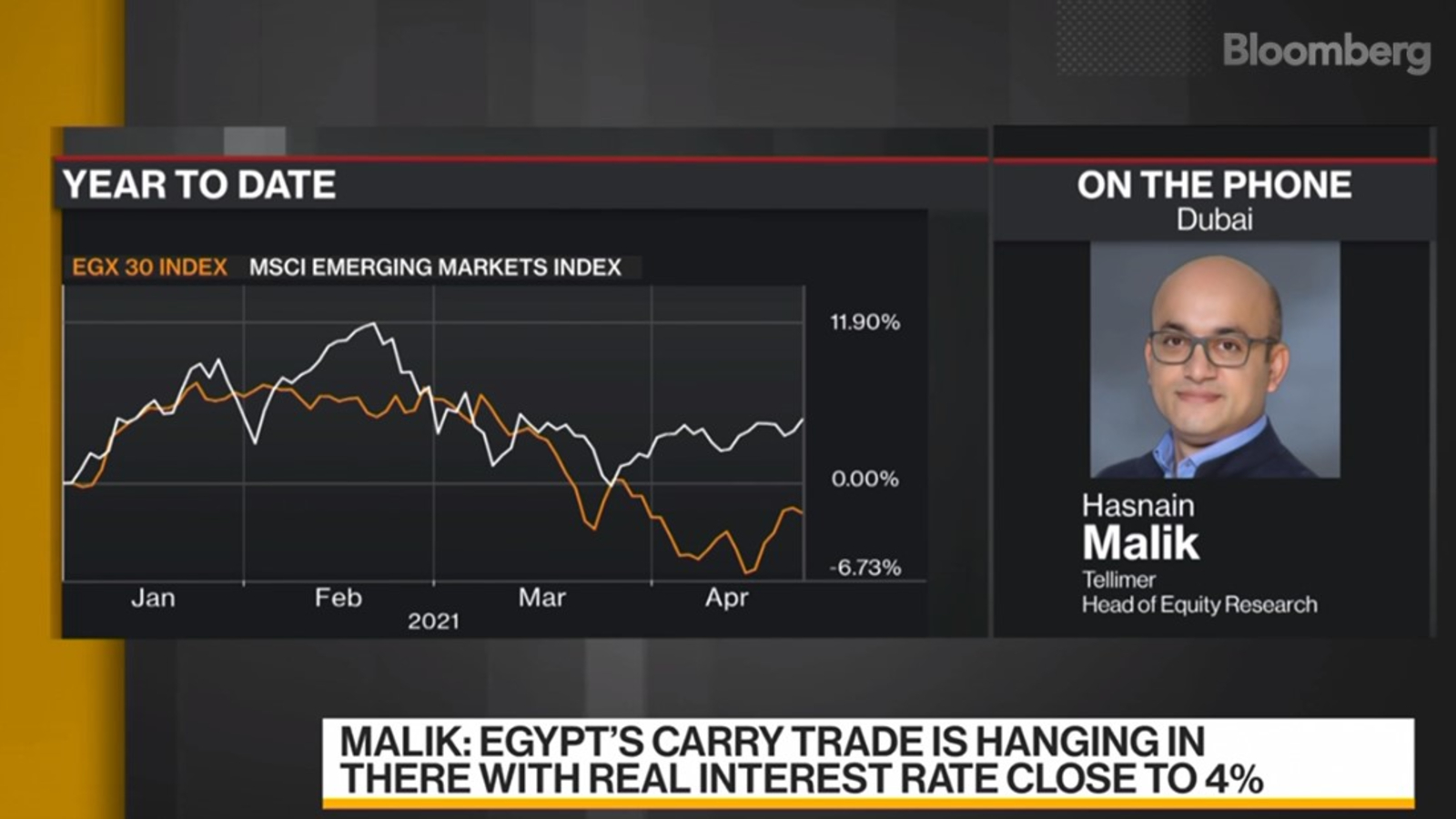 Egypt’s carry trade is set to continue its upward trajectory thanks to our attractive real interest rates and low-risk environment, Hasnain Malik, head of equity research at emerging markets research firm Tellimer, told Bloomberg (watch, runtime: 6:57). “With a real interest rate close to 4%, very low currency risk because you’ve got very healthy FX reserves, and you’ve also got the policy credibility gains from the IMF program still there — that will last for some time,” Malik said.

We’re set to overtake Turkey as the most attractive EM carry trade: “The Egyptian carry trade has remained an investor favourite,” particularly as confidence in the Turkish carry trade craters with the downward spiral of the TRY following the dismissal of the central bank governor last month, Tellimer’s Patrick Curran wrote in a recent research note. HC Securities’ Monette Doss estimates that Turkey has a real yield of around 4% on 19-month bills compared to the 3.9% yield offered by one-year Egyptian treasuries.

As important as the carry trade is, high rates may discourage private sector investment: “The paradox in Egypt is that we’d like to see a bit more of private sector-led growth,” rather than having the focus centered squarely on foreign inflows into the local currency debt market, said Malik. This is unlikely to happen while interest rates remain elevated, as investors will continue to be drawn to low-risk, high-return government bonds instead of choosing to pour into private sector investments.

And they could hurt the equity market: Egyptian equities “to remain [underpriced] and moribund for a little bit longer” thanks to the high interest rate environment, said Malik. The EGX ended a near two-year IPO drought earlier this month when education outfit Taaleem made its debut on the bourse.

Regardless, the carry trade remains a priority: All 14 economists we surveyed last week said they expected the Central Bank’s Monetary Policy Committee to leave rates on hold during its upcoming meeting, with many citing the need to protect the attractiveness of Egypt’s carry trade as reasoning for the hold.

What the heck is a carry trade, anyway? We have a handy explainer here.