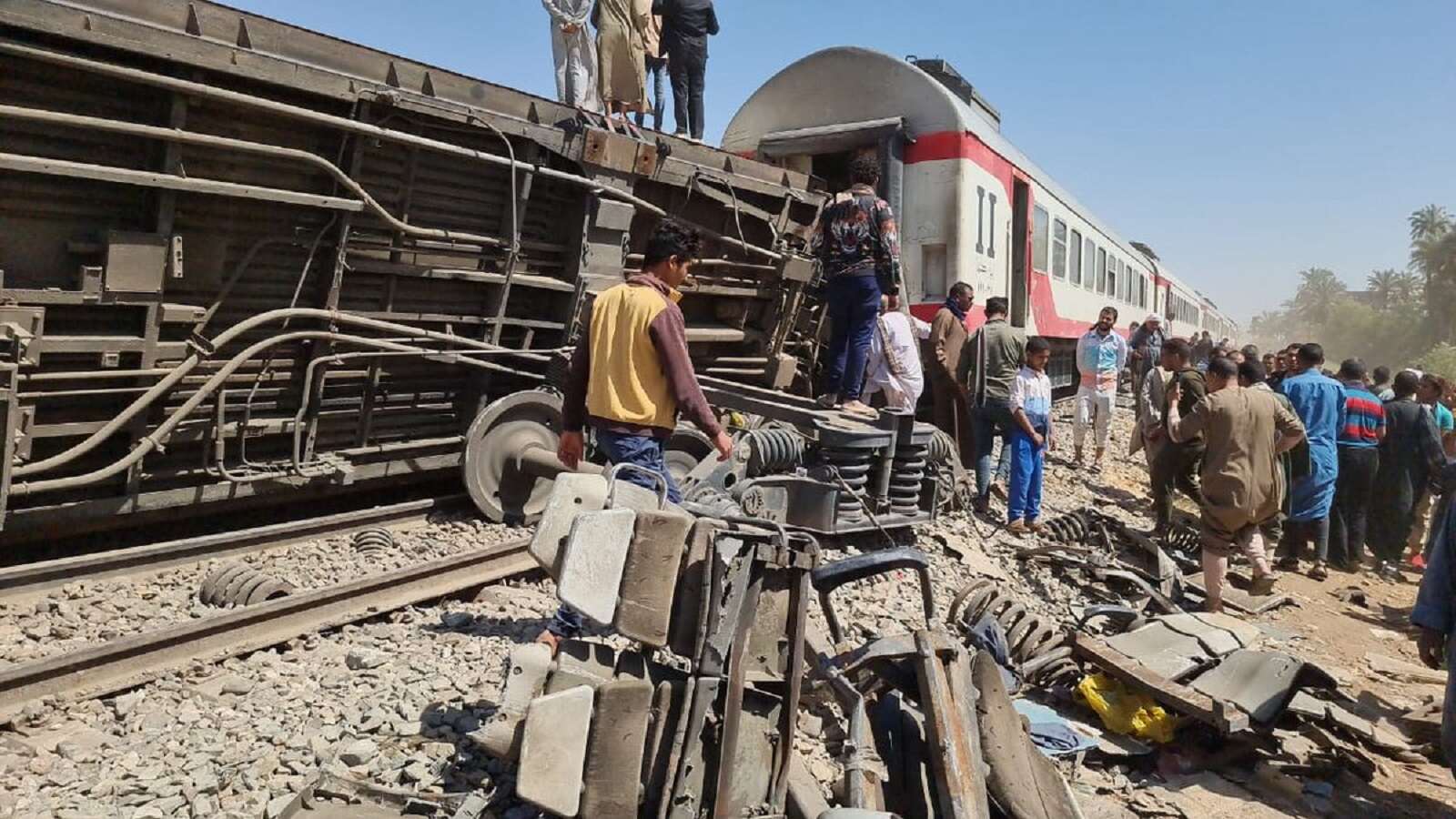 Poorly trained staff, regulations that aren’t enforced — alongside theft and vandalism — could be more significant contributors to a rash of recent rail accidents than are problems with physical infrastructure. As investigations into the causes of the accidents are still underway, we looked into what has been done to upgrade and modernize Egypt’s railway network and what other factors — besides physical infrastructure — need to be dealt to limit future deaths and injuries.

Taking stock: In the past month alone, Egypt witnessed at least five train accidents. There was the train crash in Sohag, which killed 19 and injured 185. Then 11 people died in a derailment near Toukh in Qalyubiyah which also injured 100 people. Similar, but less fatal, incidents in Sharqia, Assiut and Minya Elkamh also took place, injuring over a dozen passengers. These are just the latest in a string of train accidents in Egypt over the years.

What we’ve found is that human capabilities have not been keeping up with the change in the infrastructure. Yes, there is significant room for improvement on the infrastructure side of things, and several insiders we’ve spoken with tell us that work on those upgrades is underway. But frequent accidents attributed to “human error” point to a need to upgrade training of the people who run the country’s rail lines, they tell us.

Railway upgrades have been a “national priority” for some time now: Egypt’s modern railway reforms have been guided by the national modernization program. The price tag for the program — which seeks to develop the entire network — was reported early last year to be around EGP 141 bn until 2022. That number is now at EGP 220 bn, with reforms running until 2024, according to Transport Minister Kamel El Wazir. This includes importing new trains, coaches and locomotives, overhauling old ones, improving railway signaling systems, building new routes, revamping stations and level crossings, building new towers, and securing signal towers via camera surveillance systems. French rail manufacturer Alstom completed the installation of an automated signaling system (pdf) along a part of the Beni Suef-Assiut railway tracks, covering 14 km.

(Want a refresher on how the program is being implemented? Check out our deep dive here.)

And new financing is also in the bag: After the Sohag crash, the African Development Bank approved a EUR 145 mn loan to finance railway upgrades via the Egypt National Railways Modernization Project.

But physical infrastructure is not the sector’s main issue: Insiders we’ve spoken with are not worried about the railway infrastructure, given ongoing upgrade plans and the future projects in the pipeline. The stations and areas in which the recent accidents happened were recently refurbished and upgraded, former VP of the Egyptian Railway Authority Sami George tells us.

The main problem: The unskilled staff employed running the nation’s rail lines. Initial investigations into the Toukh train accident point to a case of “human error,” House Transport Committee chairman Alaa Abed said on TV on Monday. In the Sohag collision, gross negligence and drug use by the driver and his assistant were found to be contributing causes, the Prosecution General said about a week ago. Despite bns of EGPs spent on upgrading the tracks and signal systems, as well as using automatic driving aids, drivers aren’t trained to adapt to these systems, he adds. The human element is what causes these accidents, Abed believes.

This assessment is backed by the World Bank: About 1k train accidents happen annually in Egypt due to the lack of safety enforcement and human errors, the World Bank writes in its 2020 Railway Improvement and Safety for Egypt (RISE) research paper (pdf). While reports on fatalities and train accidents in Egypt are not conclusive, it estimates that Egypt has about five times as many serious accidents as Europe, seven times as the UK, and 20 times as Japan. “People’s behavior, poor supervision and safety enforcement on illegal crossings, robbery of assets, misallocation of maintenance funds, and poor training leading to human error / malpractice stand as the main culprits,” the World Bank writes.

The shoe certainly fits: “There is also an inherited culture of misuse of public property such as stealing railway tracks, throwing garbage on the tracks and establishing markets on level crossings, as well as trespassing on the tracks,” it added.

Our railway network is passenger-heavy, making accidents fatal: Egypt’s network is one of the highest density railways in the world, according to the World Bank. It transports 1.4 mn passengers a day via 3.5k coaches, and 6 mn tonnes of goods annually, the Egyptian National Railways website says. Considered the “backbone of passenger transport,” it spans across 9.5k km and boasts 705 stations across the country. 60% of the network is concentrated in the Nile Delta.

Only 1% of Egypt’s cargo is moved nationwide via the tracks, which is very low, compared to an EU average of 18% for instance. With passengers over-represented on the rails, any accident therefore stands a higher chance of humans being harmed.

One solution being proposed to the issue is a dedicated licencing and training institution, says George. In partnership with the Higher Education Ministry, the institution should set quality standards for driving and operating new trains and teaches new drivers how to handle the equipment, he states. This would also require a clear promotions and career paths plan, so that new graduates and calibers can easily join it.

Legislation is also needed to protect tracks and infrastructure from vandalism: A big part of the problem lies in the way people treat the railway network. Misuse of public property and the frequent stealing of cables, tools and equipment are at the core of the railways’ trouble, undersecretary of the House Transport Committee Mahmoud Eldabaa tells us. This requires clear legislation and punishment to be stopped, he adds.

The Transport Ministry seems to be moving in the right direction: The new head of the subsidiary, Shaaban Mahmoud, the new head of the Egyptian Company for the Renovation and Maintenance of Railways — a subsidiary of the Egyptian Railway Authority — already vowed to focus on training the railway’s human resources on how to operate modernized equipment, Al Shorouk writes. But the devil is in the details: There’s still no clarity on how (or how much) the ministry will invest into building up capacity.