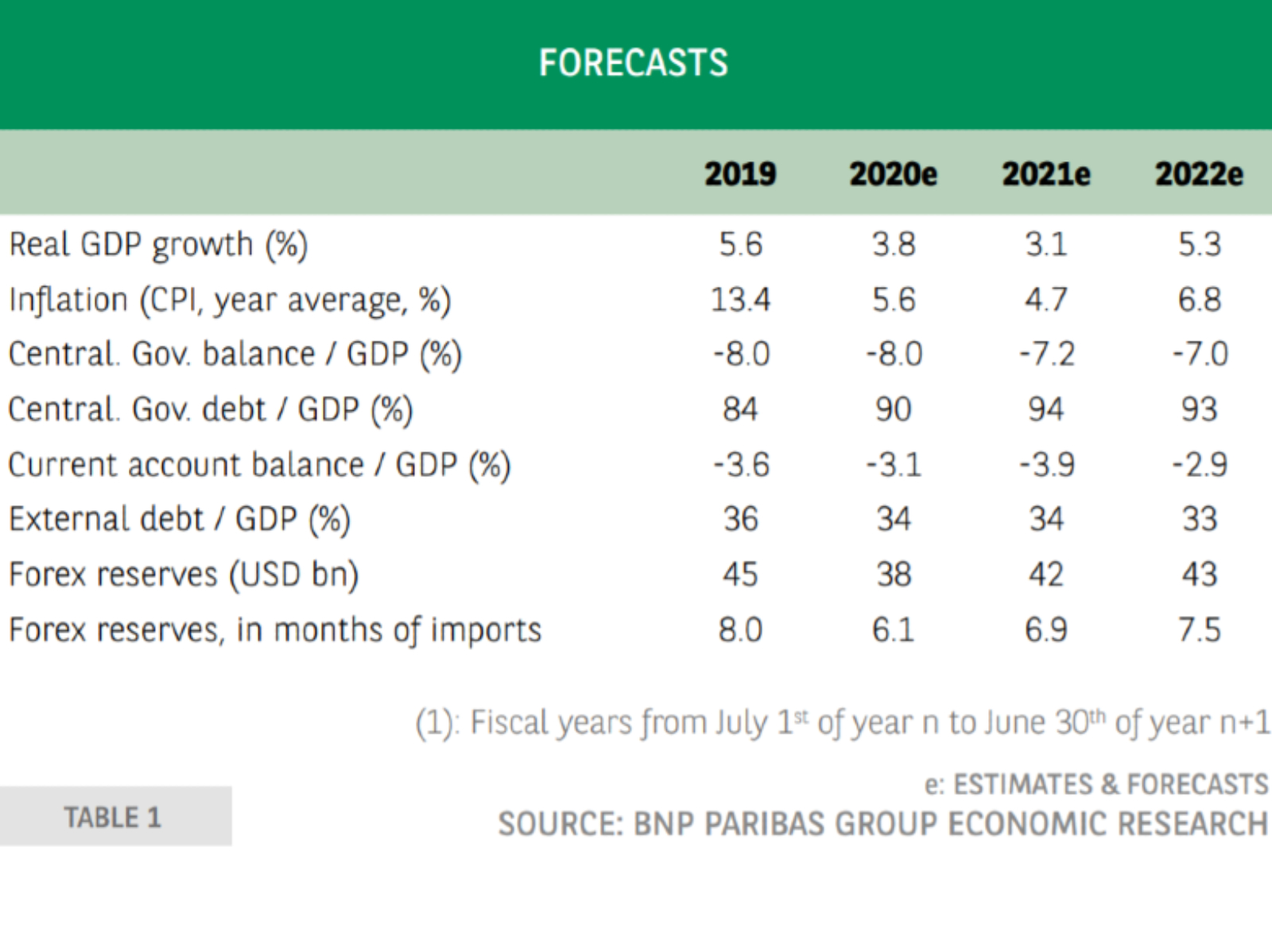 Egypt’s economy is expected to grow at a 3.1% clip in the government’s current 2020-2021 fiscal year, down from 3.8% in the previous fiscal year, on the back of declining tourism revenues at the outset of the pandemic, BNP Paribas said in a recent economic research report (pdf). Fiscal support and foreign assistance played a central role in the resilience of Egypt’s economic activity against covid-19 headwinds, the bank said. BNP Paribas’ forecast for the current fiscal year is slightly higher than Fitch Solutions, whose estimates put Egypt’s GDP growth at 2.9% in FY2020-2021. Fitch said Egypt is expected to be among three MENA economies to eke out pre-covid growth rates in the next fiscal year.

But the current account deficit is expected to widen to 3.9% in FY2020-2021 as tourism revenues slump to 40% y-o-y during the fiscal year. Meanwhile, Egypt’s “limited” vaccine rollout means “the health situation remains a significant source of uncertainty that could continue to weigh on the Egyptian economy,” BNP Paribas said. The bank also pointed to the continued vulnerability of external accounts as a potential drag on Egypt’s medium-term economic recovery.

Despite headwinds, Egypt’s GDP is forecast to grow at a 5.3% clip in FY2021-2022, supported by a rebound in consumer spending and activity in the construction sector. A draft budget to boost local demand and pay special attention to structural spending, an uptick in oil production, and a gradual recovery in tourism could also safeguard against possible downturns, the report suggests.

2020’s energy balance surplus will be short-lived: Egypt’s external balance on refined products jumped to record highs in 2020, with the country exporting 17k bbl/d, though the overall balance of trade in oil remained significantly in the red at -101k bbl/d. Though LNG exports picked up late last year amid increased demand from Asia, “the prospects for LNG exports remain uncertain for the short term,” because of the volatility of LNG prices on the spot market, which may fall below Egypt’s breakeven point, thereby limiting exports.

And much higher principal repayments of external debt are expected in FY2021-2022: Though IMF SDRs are likely to ensure foreign currency liquidity in the short term, inflows are likely to suffer at the hands of higher US treasury yields in the coming fiscal year. Government debt is expected to peak at 94% of GDP by the end of FY2021-2022, “given the persistent budget deficit and real interest rates that have moved back into positive territory since 2020.” However, Egypt’s current account deficit is expected to narrow slightly in value to reach USD 14.7 bn in FY2021-2022, with public debt gradually rebounding to 89% of GDP by FY2023-2024.