Good afternoon everyone. And we’re quite relieved that it’s another slow news day — particularly as the nation reels from another train accident in Qalyubia that left at least 11 dead and 98 injured. With several investigations being launched, we await updates that have yet to emerge as of dispatch time.

On a more upbeat note, banks in Egypt appear to be the second fastest growing in the region, with EFG Hermes stating that aggregate earnings grew 10% y-o-y in 1Q2021. We cover this in greater detail in the Speed Round below.

** CATCH UP QUICK on the other top stories from today’s EnterpriseAM: 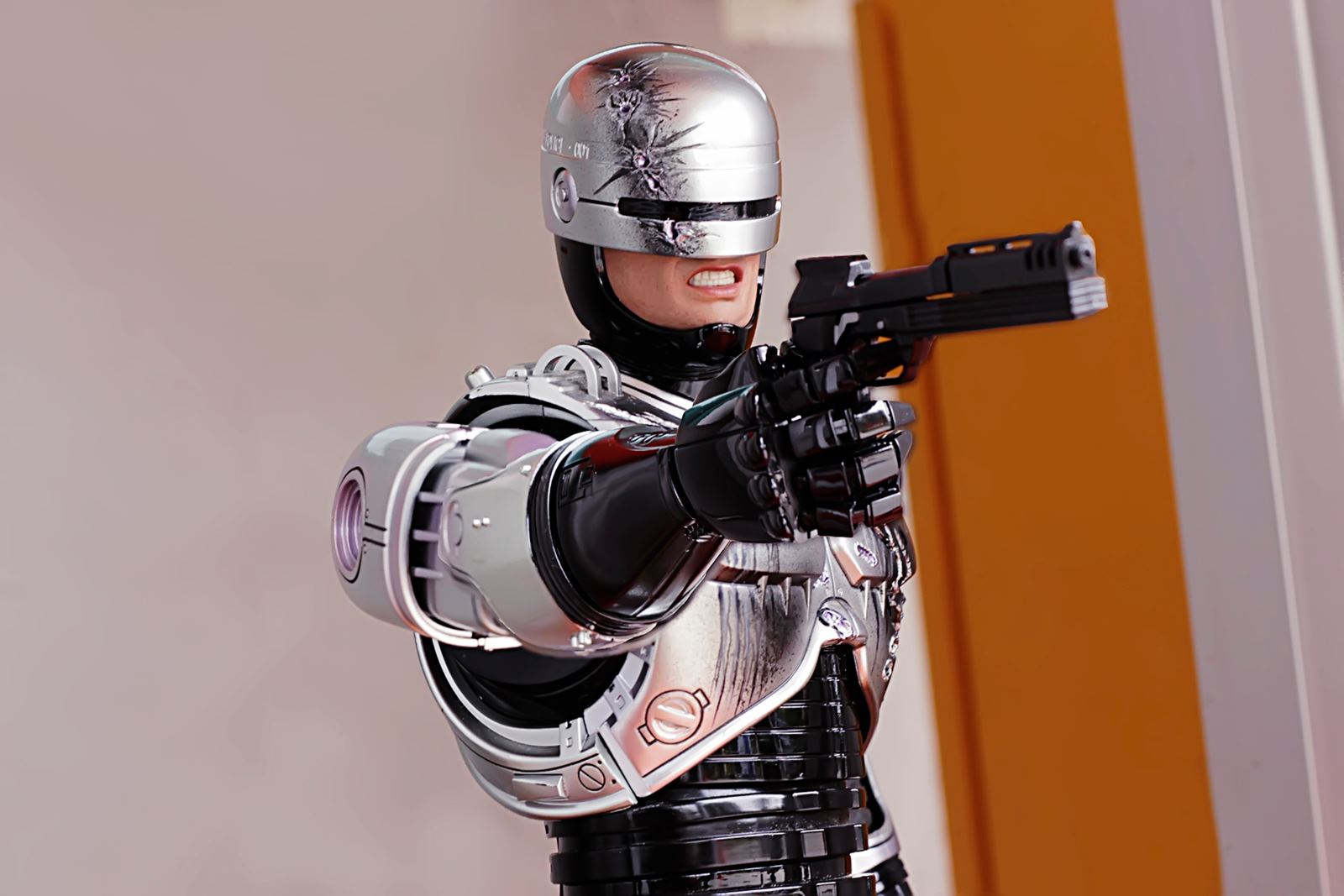 Introducing Robo Tax Cop: The government appears to be turning to AI technology to bust tax cheats, as government-owned eTax signed an MoU with Microsoft this week that will see them work on using AI to improve taxation in Egypt, according to a joint press release (pdf). The agreement will see Microsoft help eTax develop core capabilities in e-invoicing and electronic tax services, as well as allow it to create “smart” tax reports that would improve authorities’ ability to crack down on tax fraud and evasion. eTax is a EGP 100 mn JV between the Finance Ministry and state-owned payments firm e-Finance to provide services and tech solutions to companies and authorities as Egypt transitions toward an electronic tax system. We recommend they add deep fake algorithms to give it a face and sound like Peter Weller.

Habemus margin trading, fund managers: Fund managers licensed by the FRA can now officially begin financing margin trading after a recent regulatory decision was published in the Official Gazette. The authority recently moved to allow fund managers and non-bank firms to finance brokerages after the central bank earmarked EGP 1 bn to be lent out in a bid to boost liquidity on the bourse. At the same time, it’s working on separate regulations to cap the practice and mitigate the risk of a boom in using borrowed funds on the EGX.

Unclear on what margin trading is? We published a recent explainer on the A-Z of trading on margin, which is another fancy way of saying debt or leverage — specifically, debt owed by traders to their brokers.

THE BIG STORY ABROAD- 12 of the biggest teams in European football gave the rest of the sport the biggest middle finger ever, after announcing late last night that they would form their own breakaway Super League. The move was widely maligned to say the least, and was universally condemned. And word is out that investigations and possible legal actions could be taken. We break all the happenings of this Super League in today’s Sports section below.

** So, when do we eat? We’ll break our fast this evening — and mark one full week of Ramadan — at 6:25pm. Eat your yogurt and guzzle your water (and coffee) before fajr prayers at 3:52am.

Renaissance Capital is holding a virtual conference titled RenCap ESG – a New Focus for EM starting tomorrow and running until Thursday. The conference will include three panel discussions exploring ESGs from the focus of Development Finance institutions, ESGs and the energy transition, as well as a final panel on how to create an ESG equity success story in EMs. Notable speakers include Bertram Dreyer, senior investment manager at DEG-German Investment and Development Corporation, as well as Banji Fehintola, senior director and head of treasury at the Africa Finance Corporation. The panels will all be live streamed on the website.

The Middle East Angel Investment Network is hosting 'Mad Money: Rise of the Funds' on Clubhouse tomorrow at 8pm. The panel discussion will address the recent spike in the number of funds that have been set up to invest in early-stage startups and their impact on the local and regional ecosystem. The panel will be moderated by Sara Gamay, a Cairo Angels board member, and will also include Plus VC’s Hasan Haider, Access Bridge Ventures’ Issa Aghabi, and Cairo Angels board member Nader Aboushadi.

iSheep, take note: Apple is running a virtual event tomorrow at which pundits think it will unveil AirTags and a new iPad Pro with an improved display and faster processor, among other goodies. The headline: Spring Loaded. The event will stream at 7pm CLT on Apple’s website and on YouTube.

SIGN OF THE TIMES- Have an office chat in the virtual Swiss Alps: As lockdown continues in many countries across the globe, developers of coworking tools are turning to VR to create solutions to the loss of contact brought about by WFH, according to The Financial Times. Applications such as Gemba have created VR worlds that can be accessed with an Oculus headset, allowing employees to move within a modern office space with huge windows and clear skies, hold a meeting on a virtual tropical island, or meet at the whiteboard to jot down ideas. Other 2D applications such as Reslash and Topia do not require headsets, but still allow for a collaborative experience.

The technology aims to allow for “water cooler moments” and help avoid Zoom fatigue, said Topia Founder Daniel Liebeskind. He stressed that these tools aren’t a substitute for productivity apps such as Slack and Microsoft Teams, but should help foster a friendly work culture and connections with clients from the comfort of your own home. Investing in VR meeting software may also reduce the need for in person meetings and help firms cut down on travel costs and business expenses in the long run.

First Ramadon soap to fall to censors this year? Ramadan series Al Tawoos is currently being investigated over its alleged use of language deemed “offensive to family values,” The Supreme Media Council said in a statement yesterday. The regulatory body added that while it supports freedom of expression, it insists that respecting audiences must remain “a priority for purposeful art.” Al Tawoos stars Gamal Soliman, Samiha Ayoub, Sahar Al Sayegh, and Khaled Eleish and follows a lawyer who investigates a [redacted] case brought forth by a woman. You can check out the trailer here (watch, runtime: 02:02).

Netflix has released a short biopic remembering the late Chadwick Boseman, who gained international popularity after playing the leader of Wakanda in Black Panther. But beyond that role, his career has been built on playing historic and iconic African American figures of history, including Thurgrood Marshall (the first African American Supreme Court Justice), Jackie Robinson (the first black Major League Baseball player), and James Brown (the Godfather of Soul). The documentary brings together actors and directors to discuss what made Boseman one of a kind. Catch Chadwick Boseman: Portrait of an Artist or check out the trailer (watch, runtime: 01:36).

⚽ Just one lone match in the English Premier League tonight: Leeds United is playing against Liverpool at 9pm.

Get your 90s nostalgia fix with a jam session at Dozan in Downtown Cairo taking place tonight at 10pm.

El Sawy Culturewheel is hosting a play titled Pianola tonight at 9pm. The play will be performed by the El Rahala Theatre Troupe and directed by Hossam Ghoneim.

Whip up your own innovative Ramadan recipes with this newly released cookbook: Featuring 130 recipes, The Arabesque Table by Palestinian author Reem Kassis weaves together traditional Arab food with a contemporary international palette. Through her historic approach, Kassis examines the evolution of Arab cuisines through the stories of cross-cultural connection each dish recounts, paying tribute to the histories and journeys of the dishes we know and love today. Look out for creations such as tahini cheesecake and caramelized butternut squash fatteh with za'atar. The Wall Street Journal is out with a wonderful feature on the book and its importance beyond good cooking.

🌤 TOMORROW’S WEATHER- The mercury is finally making its way down tomorrow, falling to 34°C and relieving us of this horrible heat wave. Look out for possible wind, and break out your jackets once again before nighttime when temperatures fall to 16°C.