Brace yourself for record (but uneven) global growth this year 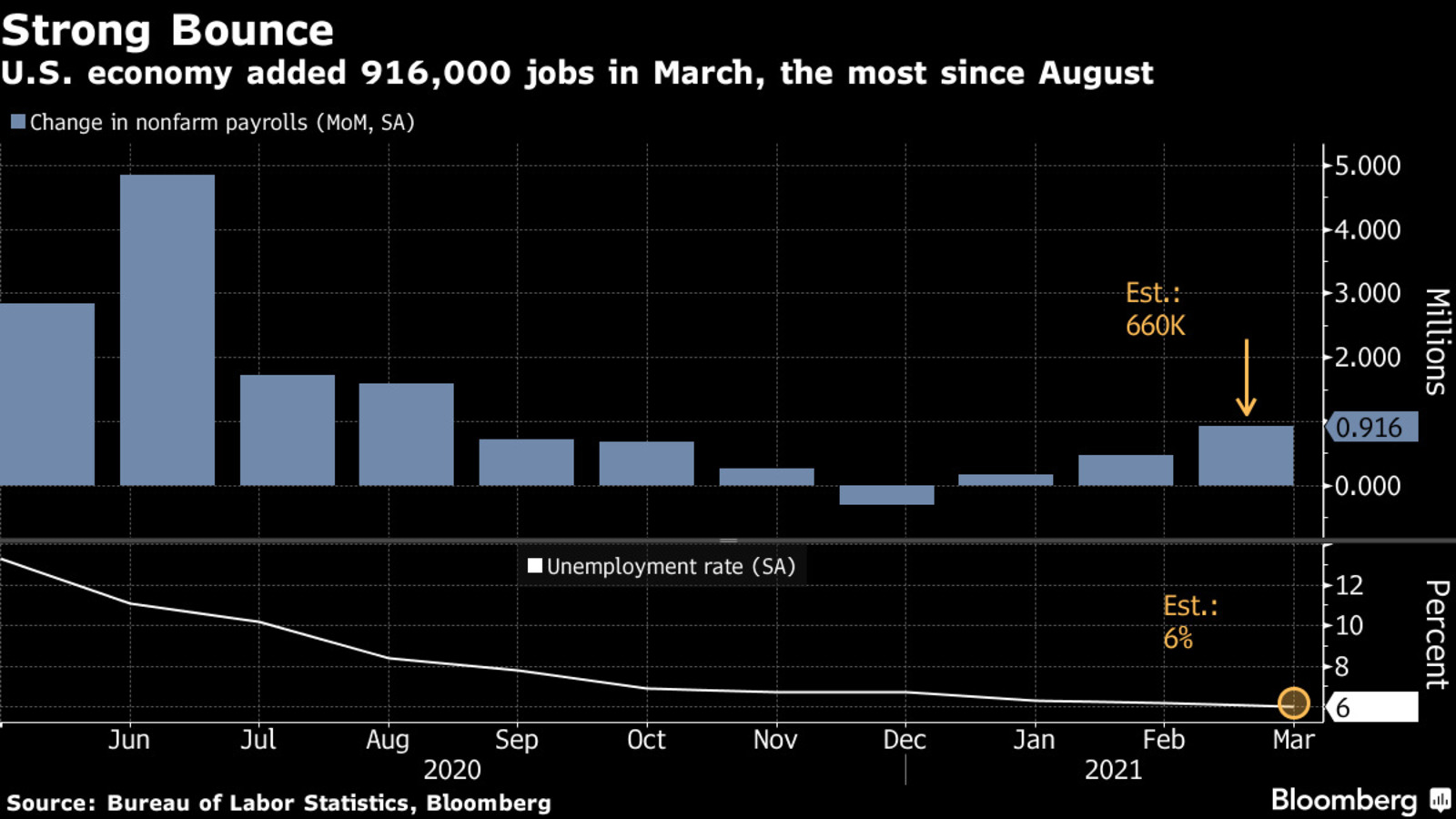 World economy to face uneven growth post-pandemic despite a speedy recovery, says Bloomberg: The global economy, on average, is on pace for 2021 to register its fastest growth rate in over half a century, but it could take a while for some countries to join a post-pandemic charge which the US and China are leading.

The rebound is expected to see the world economy growing at a 6.9% clip this year, the fastest pace on record since the 1960s, Bloomberg Economics forecasts. Optimism is driven by the threat of covid-19 finally tapering down, seemingly endless US stimulus, and pent-up spending from USD tns-worth of savings. Talk of a more optimistic outlook comes as the IMF / World Bank Spring Meetings kicked off today, bringing together policy and business leaders to discuss the outlook for global economic growth.

Expect more optimistic prospects for global growth from the IMF, with improved forecasts owed to the US expanding stimulus and its successful vaccine rollout plan, the Washington-based lender’s Managing Director Kristalina Georgieva said last month. The recovery, however, is penciled in to turn out uneven, with only “a small group of countries … well ahead of their pre-crisis GDP levels, Georgieva said.

Who’s lagging behind? The EU, Japan, and most emerging markets, Bloomberg Economics finds. The former two heavyweights are contracting. Parts of Europe are still in lockdown amid obstacles to vaccine rollouts and a joint stimulus fund on hold, and the story is quite similar in Japan, whose large population is leading to vaccine stumbling blocks and its stimulus measures falling short of those of the US.

Over in the EM-verse, there are lots of vulnerabilities to be tested. Many EMs remain exposed to elevated borrowing costs as rising US interest rates draw capital away. Borrowing problems pose “major challenges” and especially to middle-income countries with large financing needs and large debt stocks, Georgieva said in a virtual speech last month ahead of the spring meetings. UN Secretary General Antonio Guterres is also speaking along the same lines, warning that a large number of EM economies are being put at serious risk of default.

Brazil, Russia and India are also being outpaced by China. The world’s second-largest economy has already been successful in driving a post-covid rebound after having emerged from the health crisis before everyone else, and is now comfortable winding back some of its pandemic-era stimulus, suggest Bloomberg.

Where does Egypt stand? Despite growth figures falling short of pre-covid targets and expectations, we were relatively better off compared to much of the world. The economy was able to avoid a contraction, growing at a 3.6% clip in 2020, and is expected to achieve near pre-pandemic rates in 2022, the African Development Bank said in its 2021 Economic Outlook. The country’s debt levels also increased by a smaller amount than its MENA peers, thanks to a primary budget surplus and fiscal buffers that had been rebuilt through the IMF-backed reform program that ended in 2019. Covid-19, however, put pressure on the government’s short-term refinancing needs and widened Egypt’s current account deficit as it brought tourism, a key source of revenue and output growth, to a complete standstill during much of 2020.

How exposed are we to rising US yields? In the short and medium-term, not by much, analysts we spoke with last month tell us. And while other EMs have been seeing outflows as a result of higher US treasury yields, Egypt has largely skirted that fate. That said, a long-term increase in US treasury yields and the return of inflation globally (as the world recovers from the pandemic) could create issues for foreign portfolio investment down the road, they tell us.