Operation Ever Given is over. Operation Pass the Buck begins. 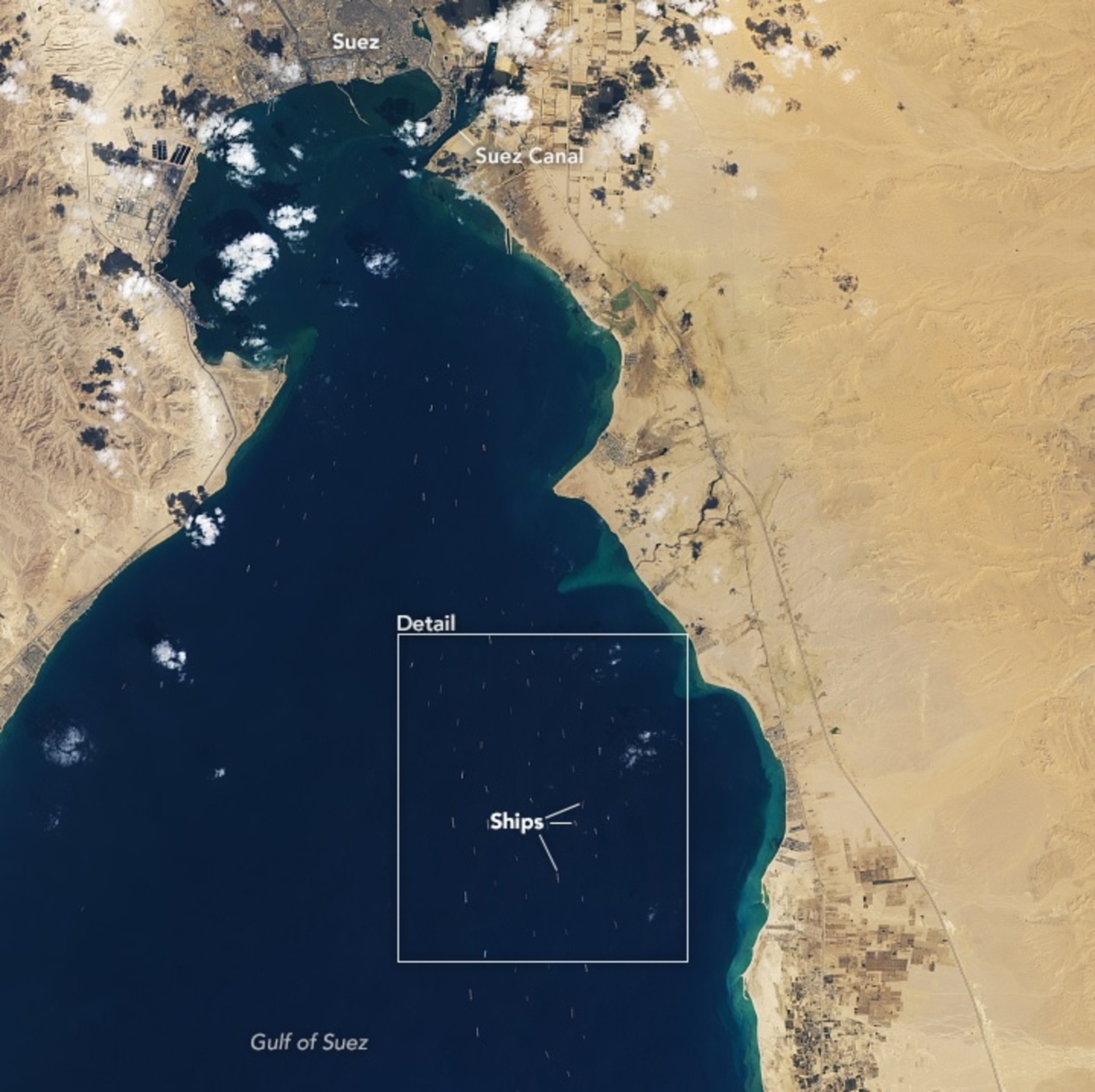 An investigation to determine what went wrong with the Ever Given is underway, with a team of experts boarding the refloated vessel this morning searching for answers, the Associated Press reports, quoting a senior canal pilot speaking on the condition of anonymity. The probe is expected to reveal details about what exactly caused the giant container ship to run aground last week. The ship, which is currently anchored in the Great Bitter Lake while the investigation unfolds, will also be checked for damage.

The results could mean years of litigation and a flood of ins. claims. Payouts would cover the repair of potential damages, undo dredging on the canal’s embankment, and compensate cargo owners for the inconvenience. It would be nothing short of a “merry-go round” of court action and ins. claims by everyone affected — whether shipping lines, manufacturers, or oil producers, Bloomberg cited legal experts as saying. Goods owners will seek compensation from shipowner Shoei Kisen, which has already held its hands up to the incident but said that the charterers will be responsible for compensating the cargo owners. Fitch Ratings estimated yesterday that claims can easily surpass hundreds of mns of EUR, and that it would particularly affect marine reinsurers.

Egypt will likely be paid by Shoei Keisen for services rendered to the ship, and the Suez Canal Authority will be entitled to slap on fines, law firm Clyde and Co. said, according to the AP. Former SCA boss Mohab Mamish said earlier this week that the country could claim damages as the blockage had cost the state some USD 15 mn in foregone daily revenues. The SCA said the fault lies with the Ever Given’s captain, and not the two Egyptian canal pilots who boarded the vessel for guidance.

Besides losses for insurers, freight rates are also expected to continue rising due to a more tight availability of vessels. Many ships are still stuck and others are taking longer after having rerouted to round the Cape of Good Hope, Bloomberg quoted Arthur Richier, a senior freight analyst at energy market intelligence firm Vortexa, as saying.

There could be “ripple effects'' on global shipping: The backlog of delayed ships will lead to a surge in arrivals at ports over the next weeks, or possibly months, and add strain to an industry already pressured from the pandemic, Reuters said, citing the world’s two largest container shipping companies. We could see significant global shortages in capacity and equipment, Maersk told its clients yesterday. “We envisage the second quarter of 2021 being more disrupted than the first three months, and perhaps even more challenging than it was at the end of last year,” MSC, meanwhile, said in a statement cited by the newswire.

More than 200 ships are still waiting to transit: As of dispatch time, at least 200 of the 422 ships left stranded in the Red Sea and the Mediterranean had transited the canal, according to statements President Abdel Fattah El Sisi made to reporters (watch, runtime: 2:07). All ships are expected to have passed in the next three days, El Sisi said.