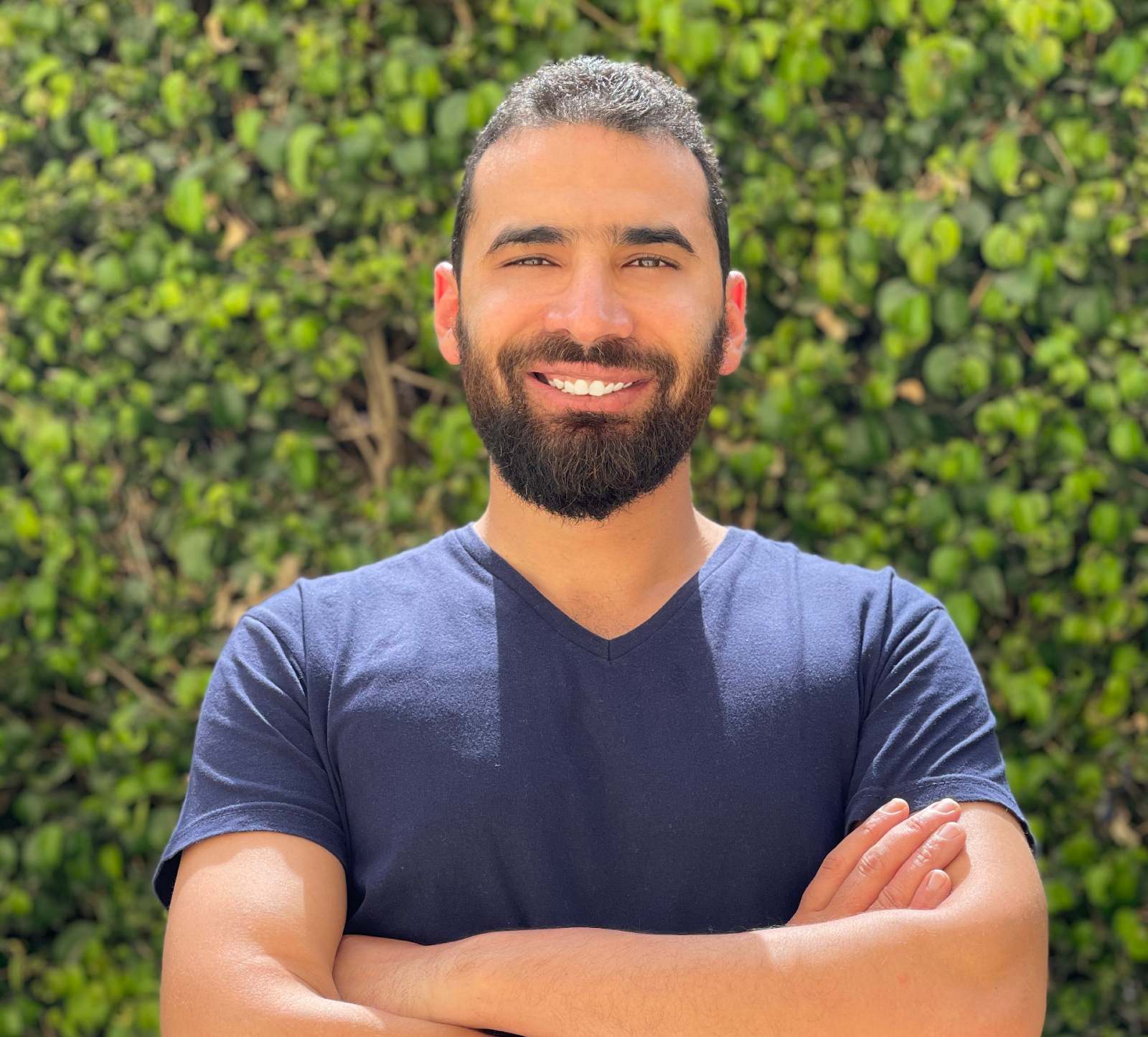 I’m Ahmed El Ezaby, I’m 31 years old and I started Vinny’s Pizzeria with my co-founder Omar El Sheibany in 2013. Although I’m a pharmacist by training, I jumped into F&B very shortly after graduating in 2011. We came up with the concept in April 2012 and by March 2013 we were ready to launch our first store in Maadi. We now have one other location in Zamalek and are planning to open two more stores next year.

I usually wake up between 7:00 am and 8:00 am. I check my WhatsApp groups, emails and take a shower, before reading Enterprise and the Financial Times and then grabbing breakfast with my sister or parents. After that, I'm usually off to one of our locations. During my drive over I catch a podcast or some news.

How my work day looks really depends on what we’re focused on. Some days we work on training, other times we’re brainstorming new marketing ideas or tasting new products. I often like to listen to a lot of customer feedback and engage with how people are feeling about our food. In the evenings I usually hit the gym or go for a walk. But most recently I’ve gotten into playing Padel tennis.

When we first started out we felt like there was a gap in the market for good pizza. We started making our pies using our New York style dough, which is a little thinner than our newly launched American dough which tends to be crispy on the outside and fluffy on the inside. We began by raising capital in a family and friends investment round.

Being well-funded is crucial for a very labor intensive business like ours and It always helps to have smart people around you that can give good advice on the things you don't necessarily know a lot about. But we do a lot of R&D to find interesting products that fit this market. In 2015 we launched a pizza cake, which is basically several layers of pizza stacked high on top of each other, and it kind of went viral. The interest driven from that concept helped us bring in a lot of new customers who were curious about what else we had to offer.

During lockdown we started making pizza kits for delivery. While home deliveries certainly grew during the height of the pandemic, things were a little uncertain in the beginning. I think people were generally hesitant to buy food prepared outside their homes at first, so we came up with the idea of delivering these prepackaged boxes with all the ingredients you need to make your own pie at home thinking that it could help ease people’s safety concerns. It was a big hit on social media.

Although we were visiting our stores a little less frequently our operations didn't really change much. We stopped getting foot traffic at our physical locations so safety wasn't a huge issue we had to overcome. We’re about 40 people at Vinny’s and thankfully we didn't have to let anyone go. We issued a 25% pay cut at the very start of the pandemic, which was decided after a discussion with our team, but sales eventually grew and regular salaries were resumed. We actually had to pay everyone overtime because of how well sales were doing after we launched our pizza kit. A lot of effort went into R&D during lockdown which helped us launch our American-style dough pizza.

I think over the lockdown period you get to understand the value of working with people you respect and like. You don't have to be friends but it's important to enjoy working with each other and have your goals aligned.

I’m a curious person by nature so I listen to a bunch of different podcasts. Lew Later and the Joe Rogan‬ Experience are some of my favorites. They usually cover everything from history to tech and have interesting guests whose stories I enjoy listening to. I occasionally listen to podcasts related to pizza and the people behind successful pizza joints in the US.

The last shows I watched were Bryan Cranston’s Your Honor and the Michaal Jordan docu-series The Last Dance, which were really fun.

When it comes to books, Zero to One: Notes on Startups or How to Build the Future by Peter Thiel was really good. It's useful to me as an entrepreneur because of its discussion of what makes a bn USD idea and really hammered in the idea of how competition kills margins.

I think tech is going to really change the restaurant industry. I just had a company pitch me a subscription to USD 2.5k per month robotic fryer that requires no human handling. Although it's still a little far from adoption here I can see how automation of this kind could really change how businesses are structured. Cloud kitchens could also be huge here and help restaurants bring down capital costs and expand their presence.