Putting the shorts on trial 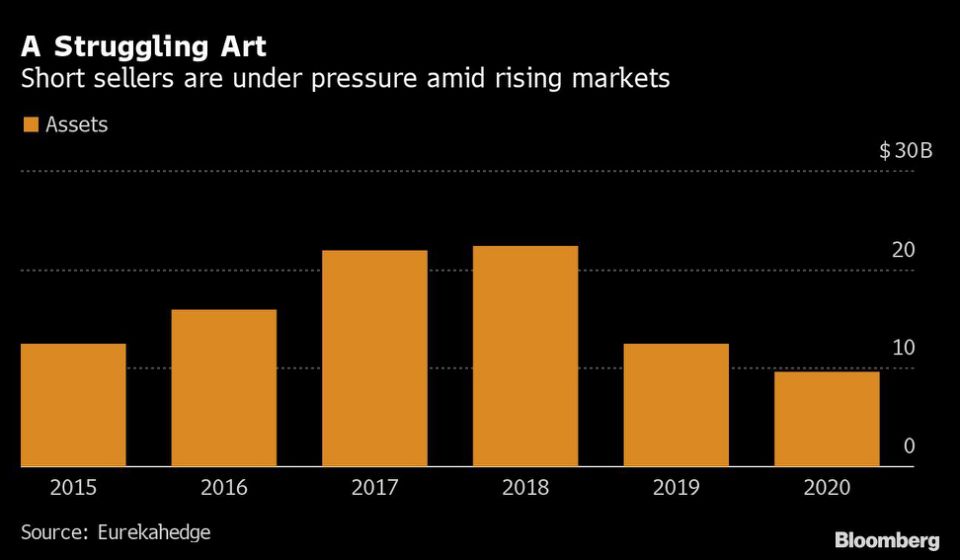 Are short sellers good or bad? They lost big at the start of 2021 as hordes of retail investors took to a Reddit forum to prop up shares, pulling off one of the most aggressive short squeezes in history. More than just being a targeted assault on Wall Street elites that defraud the public, it meant short sellers will now have to constantly look over their shoulders as this newfound power of mns of ordinary Joes coming together threw the entire premise of shorting into disarray.

Short-sellers definitely got their slice of Humble Pie this year. The GameStop frenzy saw a loss making, heavily shorted company's share price surge an astonishing 1200% in a little over two weeks. This led to at least USD 5 bn in losses for hedge funds and investors that were taking short positions in this company alone. Short sellers lost more than USD 70 bn in January alone. The impact was so immense that Citron Research, which has been in the business of identifying promising shorts for 20 years, announced it will now only offer analysis for investors that go long. Melvin Capital, Carson Block, and other multi-bn hedgies also made u-turns as they lick their wounds from the GameStop mania.

Politicians in South Korea, where short-selling is banned, are taking note. They’re banking on the renewed distrust to convince regulators to extend the ban and win over smaller investors ahead of special elections in April.

The anti-shorts stigma isn’t new. The first time short sellers were painted as wrong-doers dates back to 1609, when Flemish merchant Isaac Le Maire tried to short the Dutch East India Company, driving down the company’s stock price by spreading false information and rumors. The company convinced authorities to outlaw the practice, arguing that those who profit from and call for lower stock prices are a menace to innocent shareholders. If they’ve survived until now, isn’t that (perhaps) an indication that there’s some value to their work?

Are short sellers really the bad guys? While “few tears are being shed” for hedge funds that profit from the demise of stocks, it’s only sensible to give some credit to those that (methodically) attempt to pick fault in fraudulent businesses. By some accounts, it wouldn’t be too far-fetched to say that a fair share of short sellers are unsung heroes of the global financial system.

Fans of short selling would agree. They say it’s a necessary and much-needed endeavour, helping to single out companies with a questionable existence. The most recent example in our collective consciousness is Wirecard, the once-high-flying German fintech outfit that was exposed to EU regulators and public pension funds for bad accounting practices, with the help of short sellers.

Not convinced? Netflix’s Dirty Money has a prime example of this in an episode how short-sellers poked holes in Canadian pharma giant Valeant’s acquisition-driven business model. There’s also The China Hustle (also on Netflix), which covers how short-sellers uncovered fraudulent SPACs bringing Chinese firms with fraudulent financials to US markets.

Short-sellers also remind us of the importance of fundamentals as those that had paid attention and invested right seldom are in a position to be hurt by campaigns against companies targeted by shorts in the first place. They give an alternative view and help companies reach a fair value.

Still not convinced? Maybe this Forbes piece can change your mind: If You Don’t Like Short Sellers, Then You Wish Blockbuster, NetZero And Circuit City Still Existed.

If short sellers are that great, what’s the fuss about? The main argument against them is that they contribute to market volatility. They also practice a risky art that’s often leveraged with hefty debt, and a collapse of a large hedge fund would have far-reaching consequences.

And they’re an easy pinata for the sins of the whole market: Short sellers weren’t the only ones affected, and it’s “far from” clear if they’ll be the first to tap out, Allianz Chief Economist Mohamed El Erian writes in an op-ed for Bloomberg. The sellers were part of a triad, which also includes intermediaries (who are racing to protect themselves and are forced to “cough up”) and the retail traders themselves (who are now empowered like no other time in history), says El Erian. Even if some natural punch kicks one player out the game, regulators and politicians won’t stay quiet for long. We can expect to see some form of “small investor protection, investment suitability criteria, margin limits, possible collusion and price manipulation, and market structure,” adds the Egyptian-American guru.