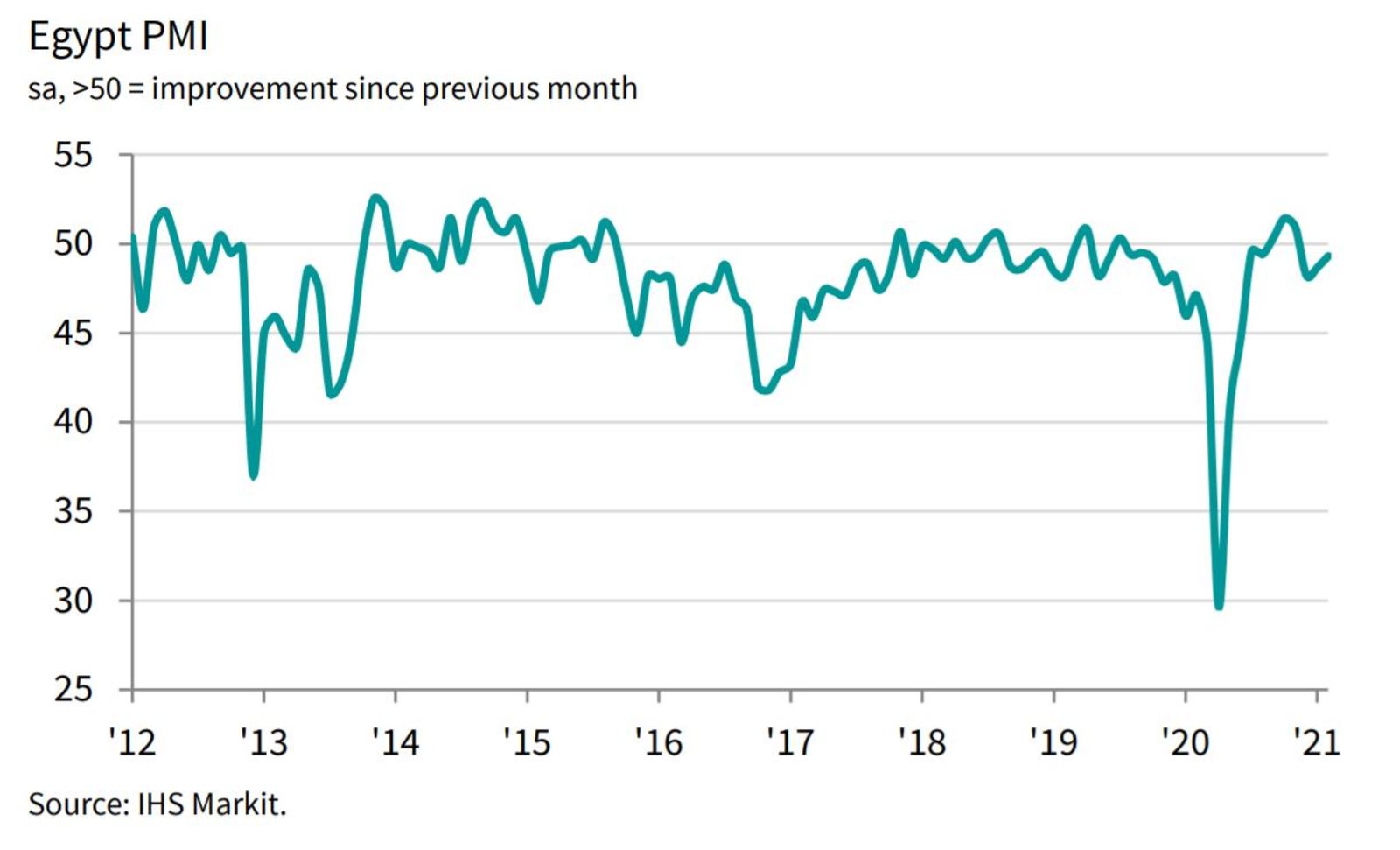 Non-oil private sector conditions worsened for the third consecutive month in February, but at a milder rate than the past two months as new exports supported demand, according to IHS Markit’s monthly survey of businesses. The purchasing managers’ index (PMI) gauge rose slightly to 49.3 in February from 48.7 the month before. The gauge remained below the 50.0 mark which separates expansion from contraction.

New foreign business grew at its sharpest in nearly 10 years, helped by “a strong upturn in export demand.” The “upside” made February the slowest month of decline since a dip first seen in December due to the resurgence in covid-19 cases. Businesses said they got into more new contracts and witnessed a “slight” improvement in tourism activity last month.

The pace of overall output contraction was only “modest,” and reflects what could shape up into a recovery as we head further into the year. The same applies to new sales, which dropped at a “less marked” rate compared to January.

“Demand trends have moved closer to stabilisation, particularly as export sales picked up at a record pace … Further growth in exports should help improve overall sales … as the impact of the covid-19 pandemic subsides,” said IHS Markit economist David Owen.

On the downside, firms are less optimistic about the next 12 months, with some citing the risk of permanently going out of business “due to the steep economic downturn caused by the pandemic.” Only 29% forecast growth this year, down from 40% last time around. Some responses “suggested that some businesses may fail before the economy makes a full recovery," Owen said.

Input purchases continued to drop on the back of the fall in output and new orders, and businesses drew from existing stock, but only “marginally.” Renewed pressure on inventories first appeared in January, when firms held back purchases at the sharpest pace in four years.

Most are citing growing input cost inflation, but at a rate that was the weakest since September 2020. This was led by metal commodities, primarily iron and steel. Some of it passed down to clients, yet “only fractionally overall.”

Want to know why input costs are rising? Head back to yesterday’s PM edition for our take on where Egypt stands as commodity prices continue to surge globally, giving way to talks of a potential “supercycle.”

Meanwhile, the employment gauge fell at its slowest rate in 16 months, IHS Markit said. This came as some firms continued to step up hiring due to an increased workload.

Read the report: Tap/click here (pdf) for the press release with more on the main findings.