The sneaker market that is outperforming the S&P 500 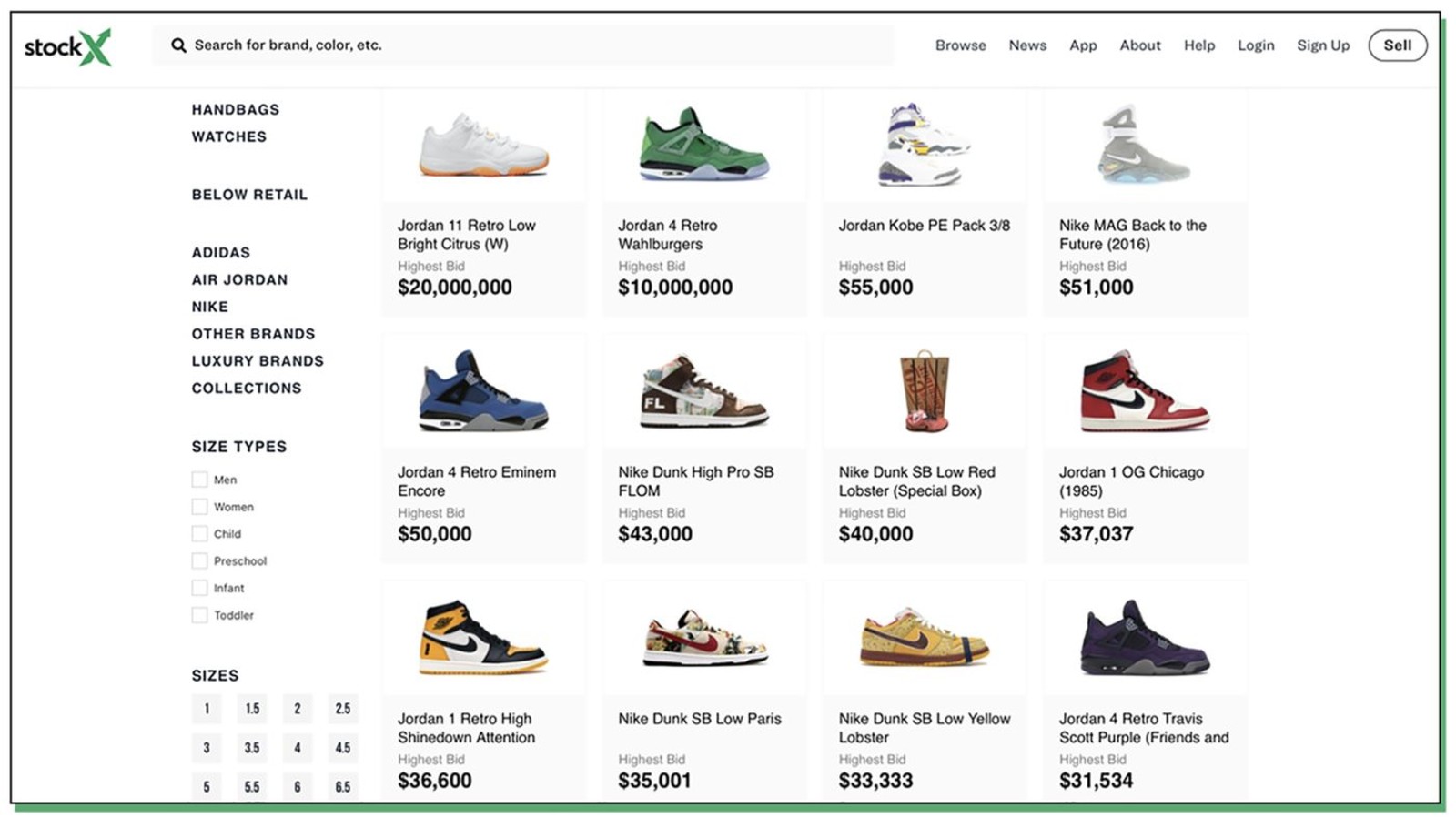 Popular sneakers have been transformed into a bona fide asset class in recent years, outperforming the S&P 500 and providing traders with six-digit profits every year. Sneakers have become products as worthy of informed valuation and investment as any other commodity, with derivatives and other financial tools emerging.

Today, the secondary sneaker market is valued at USD 2 bn in North America alone. In the hours after stocking up sneakers from retailers, the resellers essentially sell short-term futures based on street sentiment. By the time prices plateau, ultra-rare shoes become “grails” worth USD 10k or more, while more attainable stock is bundled into tranches and sold on to other resellers at a bulk discount.

A class of hotshot sneaker hedgies is emerging, including 19-year-old Joe Hebert who uses bots to buy limited edition sneakers when they first go online (and sell out in a few minutes) such as Yeezys and Air Jordans, according to this Bloomberg profile. The practice soon turned into a legit business and he opened his company, West Coast Streetwear. Hebert’s growing Instagram following included hundreds of entrepreneurial teens hoping to emulate his success, which led him to a new revenue stream. For USD 250 per month, they could subscribe to a Discord group, West Bricks, where he shared information on upcoming online releases, such as what sneakers would be discounted, when and where the sale would begin, and how many the retailer would have.

Enter StockX, the aptly called marketplace for deadstock sneakers: StockX launched in 2016 and went from processing hundreds of transactions per day to tens of tnds. “The index of the top 500 sneakers increased about 30% since 2018, and about 75% of the sneakers in that portfolio gained resale value,” StockX’s Senior Economist Jesse Einhorn said to Bloomberg.

The pandemic only gave the sneaker market a leg up, with the fastest growth in the secondary market seen in the months after the covid-19 crisis began. This was driven in part by steep discounts from brick-and-mortar shoe companies that faced double-digit sales declines and began offloading the kicks. Einhorn revealed that May and June were the platform’s two biggest months since its launch, fueled as well by ESPN’s release of The Last Dance which featured the “untold story of Micheal Jordan” which drew many older buyers to the sneaker market for Air Jordans. Meanwhile, young Herbert bought a van and went on a nationwide hunt across the US at Nike outlets to buy USD 200k worth of sneakers, which brought him a profit of around USD 50k. He has since branched out to use the same business model with items such as the PS5.