Can you really get work done on an iPad? 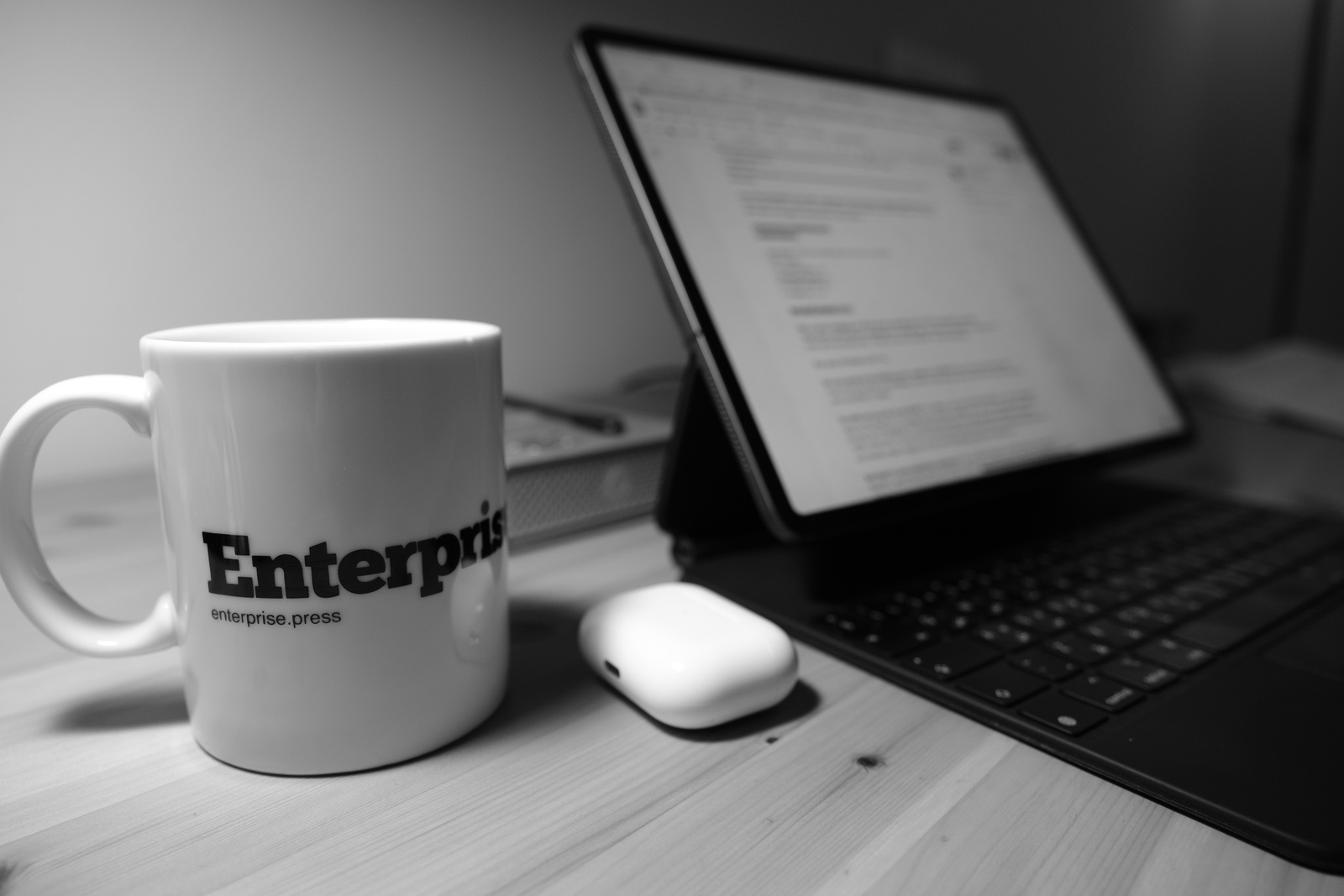 We’ve been dragging an iPad (most recently the 12.9” Pro version) around to interviews and business meetings for a dog’s age, and there’s inevitably an analyst in the room who eventually asks, “Okay, but can it run Excel?” So let’s start there:

Can you run Excel on it? Yes.

Are you going to be building financial models on an iPad? Nope. Microsoft has hobbled macros (among other functionality) in both the native iPadOS app and the Office 365 version that runs (very smoothly) in Safari.

So what can you do on an iPad? For starters, you can make Enterprise — we’re writing this story on the iPad Pro, in Google Docs running in Safari — or to manage your website. It’s our “real” computer about 40% of the time (a 16” MacBook Pro does the rest) and our “evenings and weekends’ computer 100% of the time. It’s also the only device we’ll take with us when we next travel (whenever the hell that will next be) now that you can directly ingest images from SD and CFExpress cards into Lightroom. It’s a video and photo-editing suite, a text editor, the platform on which we most often run Excel and the only way we read books these days.

You’ll need some essential equipment to use the iPad Pro for work. For us, that’s Apple’s new(ish) Magic Keyboard for iPad Pro, which fits the 2019 and 2020 models very nicely (there are versions available for both the 11” and 12.9” models). It gives you a very nice-feeling (and sounding) keyboard and a trackpad. We also use this stand on occasion and have been known to hammer away at a mechanical keyboard (and we’re debating building one from scratch, but that’s another sickness for another day) and wireless Magic Mouse alongside the Apple Pencil.

But Enterprise, I tried to get Docs running in Safari and I keep getting kicked to Google’s really crappy iOS app. First, make sure you’re running iPadOS 14 — its version of Safari tells Google that it’s a Mac. Next, don’t go to docs.google.com — you want to go open drive.google.com, then navigate to the Doc you want to open. Tap it and it will open in a new tab, ready for you to edit. Tap the prompt at the bottom of the page to tell it you don’t want it to open the Docs app and you’re good to go.

Okay, but why would I want to do real work on an iPad Pro? You may not — not if you love Windows (we’ve heard it’s possible) or can’t get used to anything other than MacOS’ paradigm for how you get things done. But between fantastic apps, a desktop-class browser, the ability to sketch and take hand-written notes, we use it to take notes during interviews and calls, mark up design concepts, write and edit, share files, and more during the workday. Excel is more than up to the task of letting us open and read income statements and the like, and both Gmail and Outlook run nicely in the browser as well as on dedicated email apps.

But the iPad Pro’s superpower? Context shifting. Need to mark up a website concept, PDF or PowerPoint deck? Snatch the tablet off its keyboard base, grab the Pencil and go to town. Reading Enterprise? Put your feet up and get to it. Time to reply to an email? Back onto the keyboard to hammer away with maximum efficiency. Want to watch a show in bed — or on the plane? Put the keyboard away and you have a gorgeous, immersive screen. It lets you move with ease from the car to the office, from the meeting room to your desk, from your home office to your kitchen breakfast bar.

And don’t even think of getting the WiFi-only model. You want to be able to jack into the interwebs whenever you want, whether that’s to catch a flick, do email, log into WhatsApp Web or start working on PowerPoint that resides in your OneDrive or a Slides deck in your Drive. That means you want always-on LTE.

You’re not the only geek doing this, are you? Nope — and you won’t be, either. Six Colors’ Jason Snell has been writing on iPad since 2012 (even though it sucked back then) and is firmly a member of “Team Both” (geekspeak for “I use an iPad and a Mac and love them both”). Daring Fireball’s John Gruber — a Mac-head if ever there was one — has been warming to his.

Required reading: Twitter design nerd and photographer Paul Stamatiou talks how the iPad Pro “took me by surprise and replaced my laptop.” TechCrunch editor Matthew Panzarino has put 100k miles on his iPad Pro (pre-covid…), which he says has “been my only machine away from home.”

The grandaddy of them all is an Italian guy named Federico Viticci, who switched to the iPad from his Mac while undergoing chemotherapy and was reborn a tablet evangelist. He’s known for his epic-length reviews of iOS and iPadOS and chronicled his journey in Beyond the tablet: seven years of iPad as my main computer.