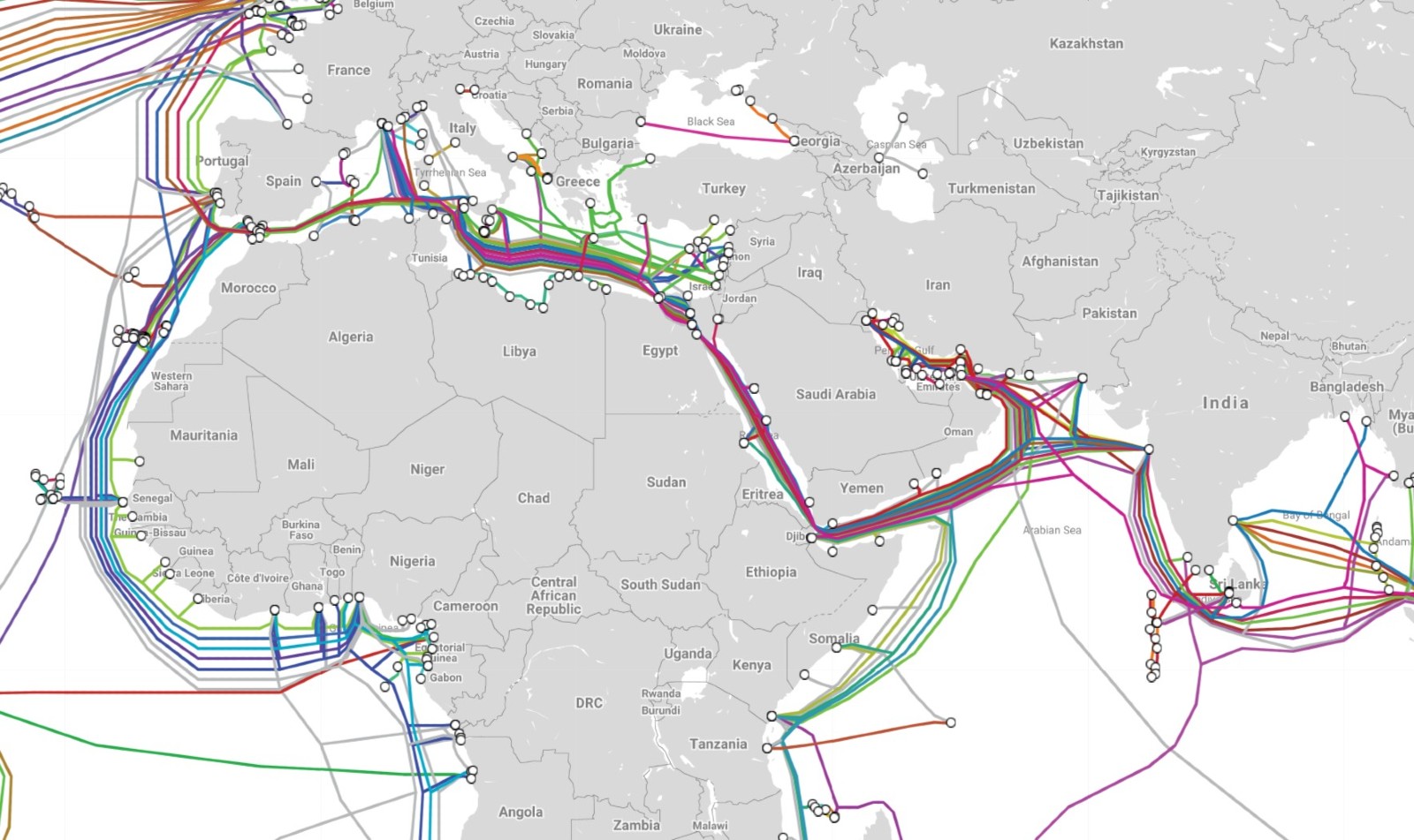 Egypt’s data landscape Pt II: What’s driving data center growth? Late last year Hardhat looked at Egypt’s existing data infrastructure, and found that its current cluster of data centers is not enough to transform it into a regional — or even global — data hub. This could be changing though, with Telecom Egypt set to start work on Egypt’s largest center and several international firms establishing facilities of their own. Egypt itself is playing an important role in the African data center market, which is expected to grow at double the rate of the global average by 2025. But what is driving this growth?

We have major data centers under construction, including the New Capital facility being built by Orange — which is set to host over 400 servers — in cooperation with industry vendors including Dell EMC, Cisco, and Nokia, Orange Egypt’s Chief Enterprise Line of Business Officer Hisham Mahran tells Enterprise.

One of these — state-owned TE’s Smart Village data center — would be considered hyperscale, says one source speaking off the record, adding that it will be Egypt’s only hyperscale data center once it’s up and running. The data center is expected to be commissioned in early 2021, and will have access to all the global submarine cable systems that land in Egypt. It’s set to have 1600-2000 racks, but TE hasn’t disclosed how many servers it will house. Hyperscale facilities usually have a minimum of 5000 servers linked with an ultra-high speed, high fiber count network. They require at least 1000 racks (approximately four megawatts of electricity), another source previously told Enterprise.

Meanwhile, TE’s future plans span investment in infrastructure, and more international partnerships, the company says. TE is investing in new subsea landing stations and crossing routes, and new subsea stations, the company says, without giving details on the size of these investments. It plans to have 12 landing stations and 12 diversified routes by 2022 — up from the 10 stations and routes it already owns and operates — as well as setting up international nodes (connection points) in countries including Jordan, Singapore, Italy, and France.

And hosting content: TE plans to set up more colocation data centers, in addition to the six it currently owns and operates. And it intends to set up more partnerships with global organizations, similar to its existing partnership with Microsoft offering Egypt Azure cloud services, and sign more agreements like its existing ones with Subspace, Zenlayer, and Wangsu Science & Technology, to deliver online content.

#1- “Ideal” geographic positioning: Egypt links Europe with Asia, so data traffic currently has to pass through us to get from one continent to the other. Under the right circumstances, this could make Egypt the Suez Canal of data traffic, say multiple sources, including former ICT Minister Khaled Negm. “Egypt is a prime location for potential hyperscale data centers,” says Sherif Elmasry, managing director of tech company Cornet Elevated.

#2- Our abundance of internet submarine cables: A total of 13 subsea cables land in Egypt, and data then crosses the country through the 10 subsea landing stations and 10 diversified land routes owned and operated by TE. As an internet subsea cable hub, Egypt is the natural conduit for data traffic, which could enable us to become a data hub, says Youssef Amin, market data director at Egypt for Information Dissemination (EGID), a joint venture between the Egyptian Exchange (EGX) and NASDAQ, which owns and operates one of Egypt’s 13 colocation centers. Subsea cables are usually owned by telecom operators, or sometimes by content providers like Facebook and Google, with smaller players renting bandwidth. The large number of subsea cables passing through Egypt should allow us to bolster capacity and bandwidth, we reported in July 2020.

#3- TE’s participation in projects like the 2Africa submarine cable project: TE is teaming up with seven other big-name parties to lay a giant 37k-km subsea cable — one of the world’s largest — linking Europe (via Egypt), the Middle East (via Saudi Arabia) and 16 countries in Africa. TE is present in over 60 countries, delivering “a complete range” of telecom services across continents, representatives tell Enterprise. In 2018, TE signed an agreement with Liquid Telecom to complete a fiber optic network to connect southern African countries with the rest of the world. It also signed an MoU to expand and service submerged fiber optic cables in the region. And a recent agreement between TE and Google (pdf) will grant Google capacity on TE’s Mediterranean submarine cable, TE North. The project is expected to go live in 1H2021.

But will this be enough to fulfil Egypt’s data hub ambitions? Not alone, say sources. So far, the landscape is still too small to be a hub. The only way to leverage our advantages is by making the infrastructure more cost-effective and reliable — in part, through private sector-government partnership, they argue. We discuss this in detail next week.