Our covid resilience is declining, according to Bloomberg 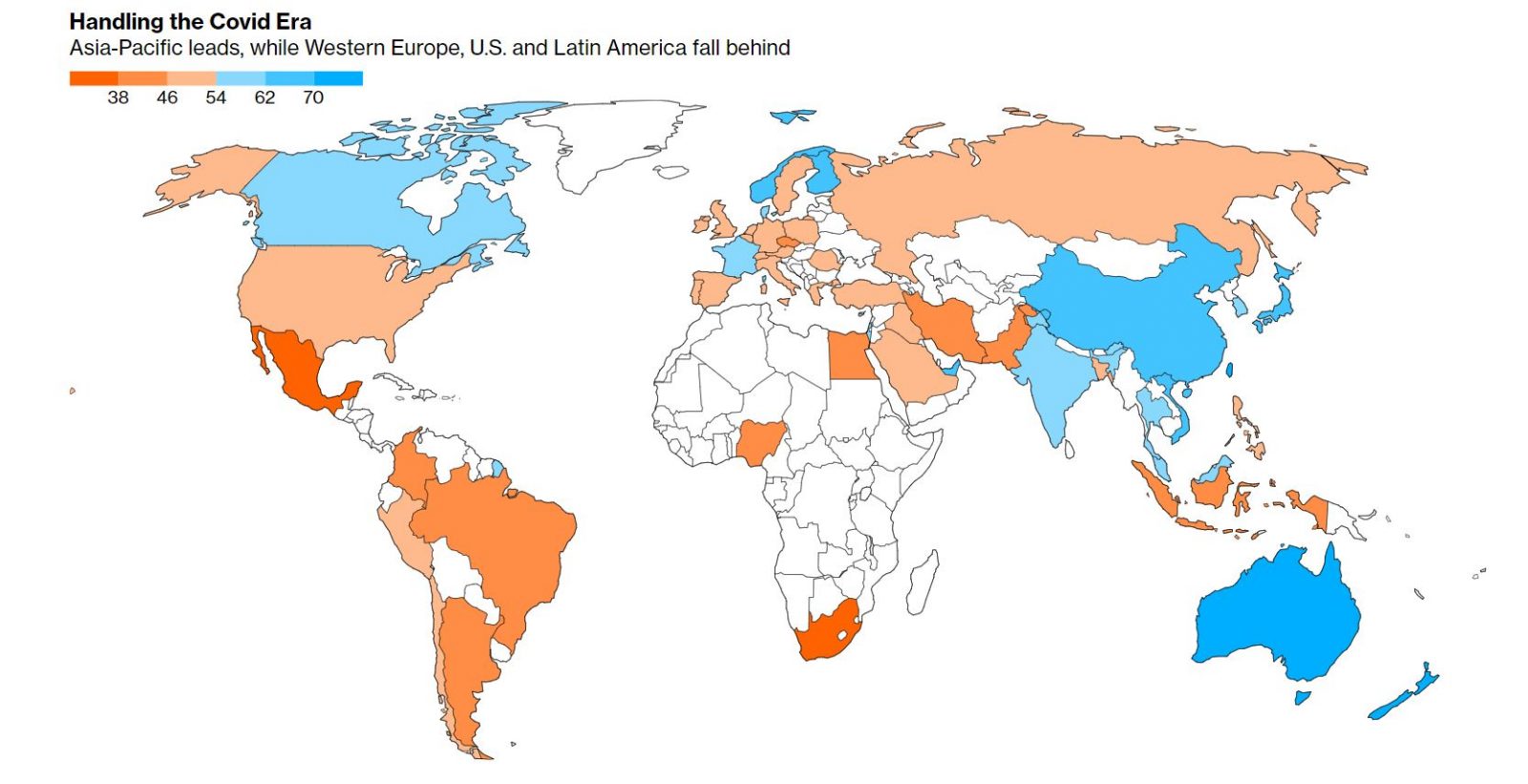 Egypt is now ranked 47 on Bloomberg’s Covid Resilience ranking after falling 23 spots in January, down from the 24th spot in December, on the back of “relatively flat outlooks for 2021 GDP growth from a high base of comparison in 2020.” The ranking, which is “a measure of the best places to be in the coronavirus era” by looking at a country’s metrics such as monthly cases and fatality rates, percentage of the population covered by vaccine supply agreements, the strength of its healthcare system, and GDP growth forecasts. New Zealand, Singapore, and Australia snagged the top three spots, while Mexico and South Africa came at the bottom of the list.

Pfizer and BioNTech will provide 40 mn covid-19 vaccine doses to global vaccine alliance Gavi’s Covax scheme under an advance purchase agreement, the World Health Organization announced in a statement. Covax will also receive almost 100 of the 150 mn doses of the Oxford AstraZeneca vaccine through an agreement with Serum Institute of India in the first quarter of the year, and will begin delivery of vaccines to eligible countries in February. Egypt is on course to receive 40 mn doses — enough for 20 mn people — from Gavi in the coming months.

The Health Ministry reported 669 new covid-19 infections yesterday, down from 674 the day before. The ministry also reported 53 new deaths, bringing the country’s total death toll to 9,012. Egypt has now disclosed a total of 162,486 confirmed cases of covid-19.

The Education Ministry has no plans to abandon next month’s midterms or push them to May, Minister Tarek Shawki wrote on Facebook in response to rumors circulating online.

Small countries pushing full steam ahead with their vaccine rollouts are seeing greater economic gains than bigger, wealthier nations. Israel’s benchmark index is already up 6.6% YTD, outperforming both the S&P 500 and the Euro Stoxx Index, while the Dubai Financial Market General Index climbed 9.3% YTD, nearly reversing its 10% slump in 2020, reports Bloomberg. So far, the UAE has given the jab to 20% of its population, while Israel has inoculated 30% of its residents — although officials are blatantly excluding Palestinians. JPMorgan estimates that if the two countries sustain the speed of the rollouts, they could reach the threshold required for herd immunity by the middle of the year.

The delay in an equitable vaccine rollout is hurting the global economy, with advanced nations’ bouncebacks likely to suffer if they do not help developing countries speed up their vaccination programs, the Financial Times reports, citing a World Health Organization report released yesterday. The report lays out a worst-case scenario that could see the global economy lose as much as USD 9.2 tn if developing countries do not also manage to vaccinate their populations this year. The WHO warned last week of a “catastrophic moral failure” as wealthier countries secured preferential access to vaccines via bilateral agreements.

Some countries are starting to freak out about the new South Africa variant: US President Joe Biden is planning to ban most non-citizens from entering if they’ve recently been to South Africa to curb the spread of a new variant that is believed to have originated in South Africa, according to Reuters. Moderna is making a vaccine booster “out of an abundance of caution” after a study found that the jab could be less effective against the South African variant.

And hedgies are sounding the alarm: One of the world’s largest macro hedge funds has warned that the covid variant discovered in the UK could cause greater disruption to the European economy than investors and policymakers currently realise. Element Capital believes that European growth forecasts should be scaled back as the variant, shown to be more transmissible than the original virus, spreads across the continent, the Financial Times reports.