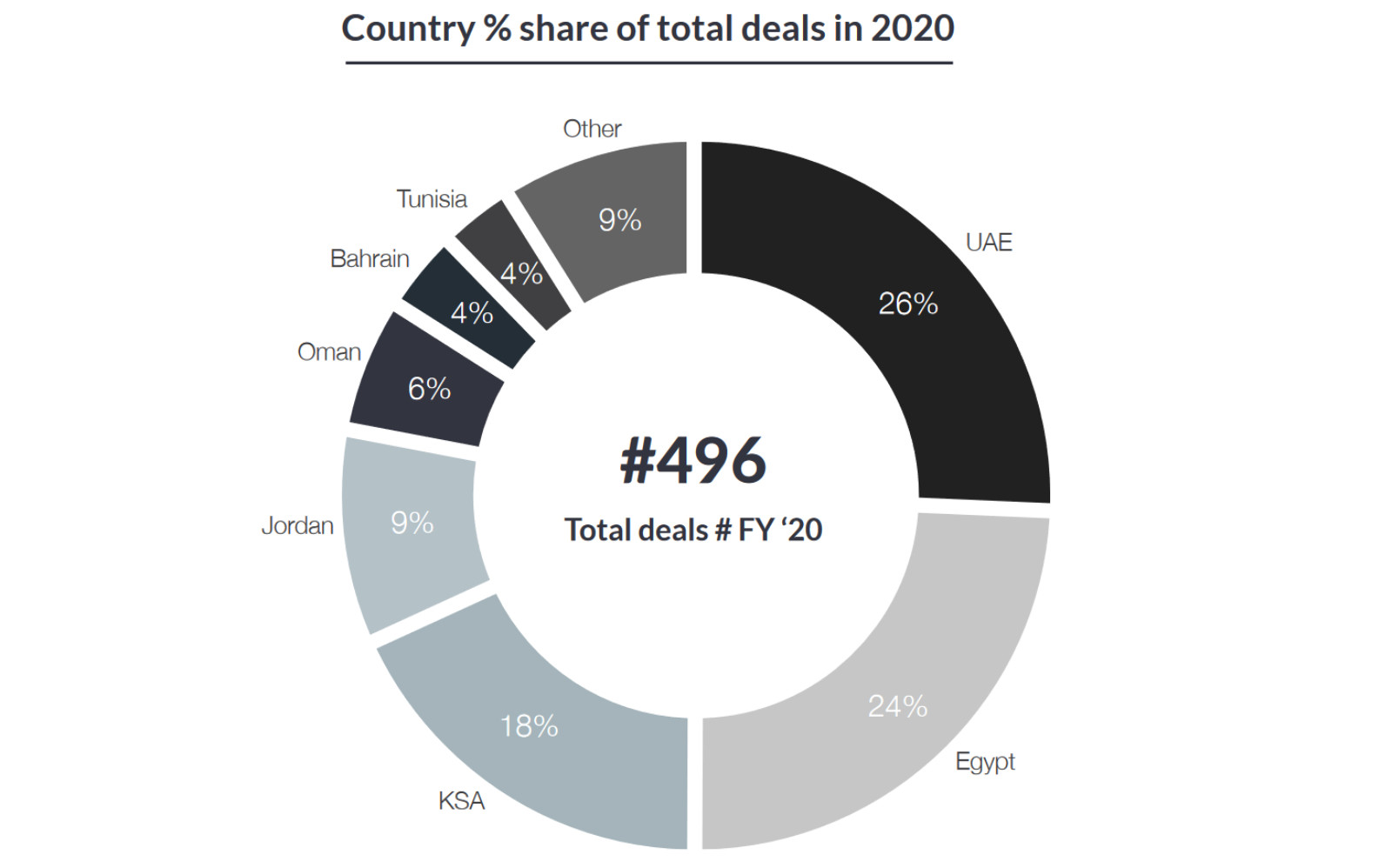 Egypt held the second-biggest share of venture capital investment in MENA last year, falling behind the UAE, which accounted for a whopping 56% of the total funding amount last year, according to Magnitt’s MENA Venture Investment Report. Egypt’s VC funding inflows jumped 31% y-o-y in 2020, helping it to increase its share of regional funding by two percentage points to 17%. The uptick was driven by the investments in the first half of the year, with investments slowing by 58% in the second half due to the economic impact of covid-19. Saudi Arabia came in third with 15% of regional VC funding, up from 11% in 2019.

Egypt accounted for almost a quarter (24%) of the region’s VC transactions, coming just short of the UAE’s 26% and ahead of third-placed Saudi Arabia at 18%.

Across the region: Funding was up by 13% y-o-y, though total transaction count decreased by 13% to 496. The food and beverage industry saw a tripling of funding to USD 122 mn, while health funding also tripled to USD 72 mn, and e-commerce funding increased 24% to USD 162 mn.

Our math says nearly 50% more transactions were closed in Egypt last year and that the average transaction was worth about 2x in 2020 was it was the year before. Tap or click here to read our 2020 Review: The year in startups.