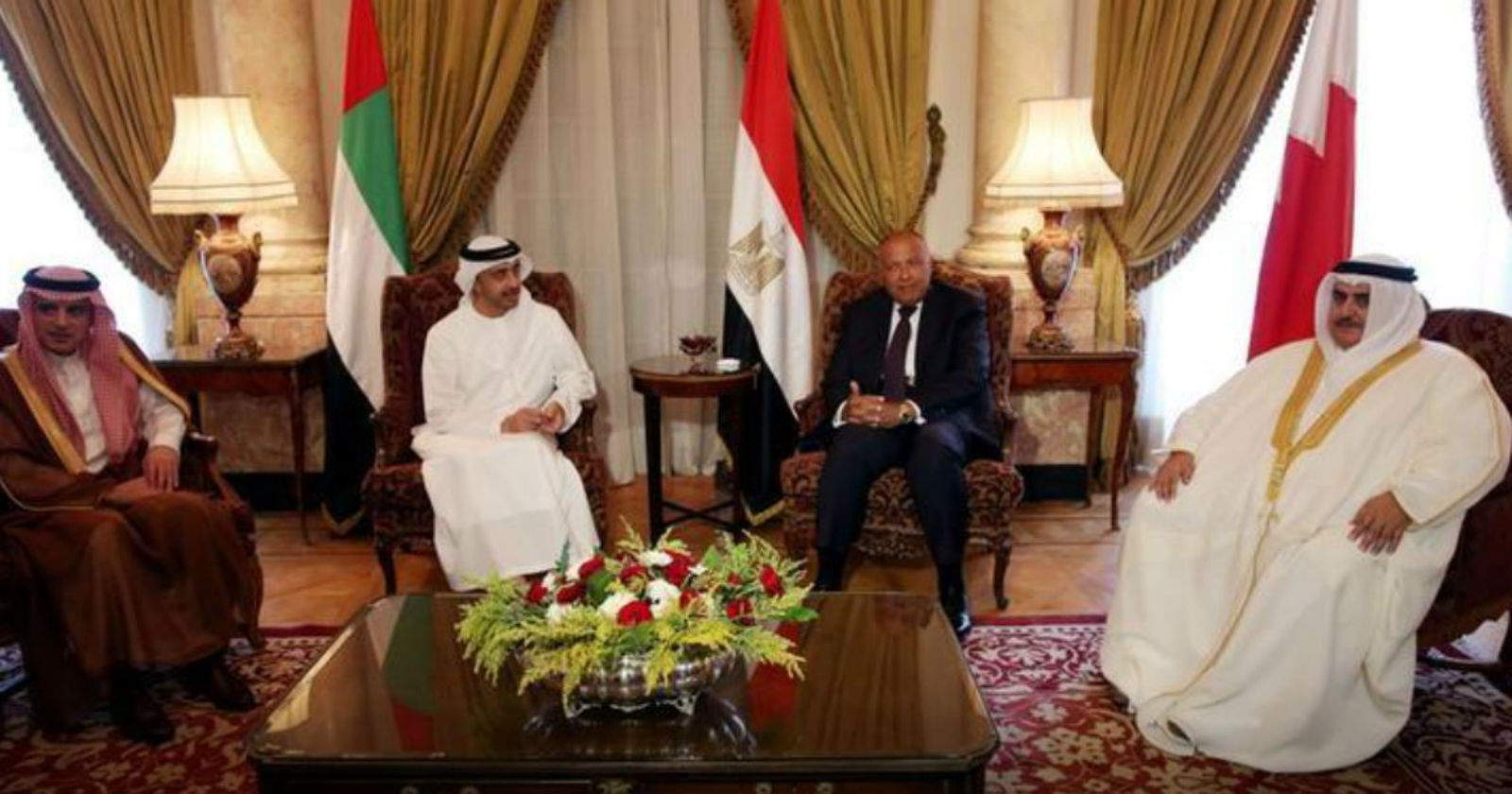 Egypt + the GCC have kissed and made up with Qatar: Egypt, Saudi Arabia, the UAE and Bahrain yesterday signed a declaration to end the diplomatic rift with Qatar. The inking of the Al-Ula accord at a summit in Saudi seems to have been spearheaded by the outgoing Trump administration and sees Saudi Arabia and its allies agree to bury the hatchet and restore full diplomatic, trade and travel ties with the statelet following 3.5 years of tension. Saudi foreign minister Prince Faisal bin Farhan called the accord a “very important breakthrough” that will “contribute very much to the security” of the region.

Egypt is on board with the agreement: Foreign Minister Sameh Shoukry, who attended the summit yesterday, agreed to the declaration and expressed Cairo’s keenness to maintain “solidarity between the Arab Quartet countries and [on supporting] their direction towards uniting,” a Foreign Ministry statement said. It also praised Kuwait’s mediation efforts to end the dispute.

Like Saudi, Cairo has reopened its airspace to Qatari flights: Qatari Finance Minister Ali Sharif Al Emadi landed in Cairo hours after the agreement was signed. He’s the first senior official to fly directly to Egypt from Qatar on board a Qatari jet since the crisis began in 2017, Masrawy said. His visit came as real estate developer Qatari Diar held the official opening ceremony of its St Regis Hotel on the Nile Corniche.

We have little information about what the countries have actually agreed to: Following statements by UAE foreign affairs minister Anwar Gargash yesterday, it’s clear that the quartet have had to compromise on some of their original 13 demands, which included closing a Turkish base, shutting down Al Jazeera, cutting links with the Ikhwan, and demoting ties with Iran.

All five countries are in wait-and-see mode, especially as they don’t know what to expect from the Middle East policy of a Biden administration, Yahduth Fi Misr’s resident pundit and politician Moustafa El Feki told Amer (watch, runtime: 6:18). A major concern some have is if the president-elect looks more favorably on Iran and less so on the Gulf, he added.

The Foreign Ministry had previously expressed subtle support for rapprochement, pledging cooperation with “sincere efforts” to resolve the dispute. It’s still unclear whether the agreement signed yesterday ensures reconciliation, or if there will be further negotiations.

IN OTHER DIPLOMACY NEWS-

As the sun sets on the Trump administration, US Treasury Secretary Steven Mnuchin was in Egypt yesterday for his final official visit. Mnuchin discussed the current status of the Grand Ethiopian Renaissance Dam (GERD) talks during meetings with President Abdel Fattah El Sisi and Irrigation Minister Mohamed Abdel Aty. The US had previously attempted to mediate the dispute but was accused by Ethiopia of siding with Cairo, resulting in Washington suspending about USD 100 mn worth of aid to Addis Ababa.