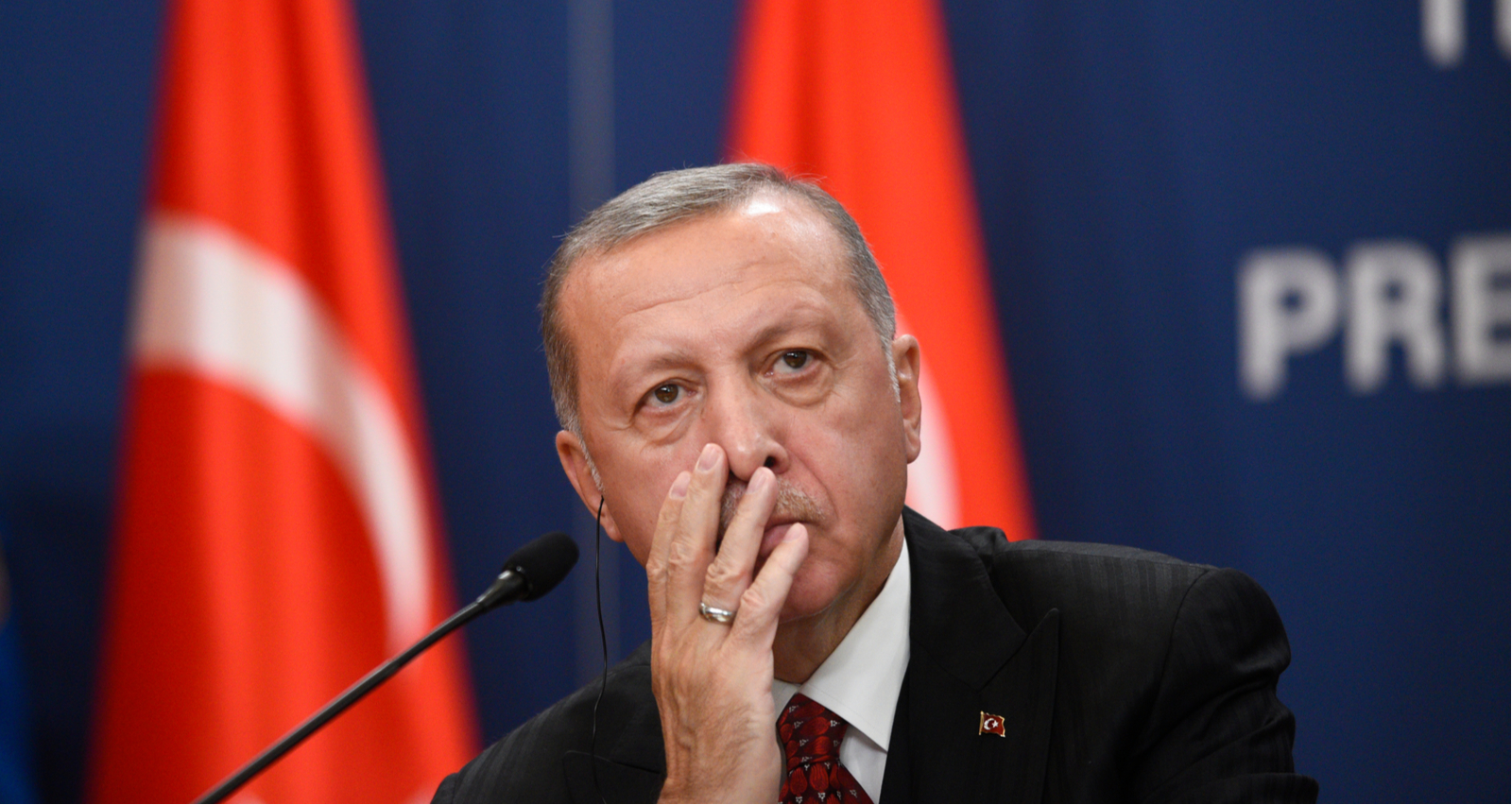 The US has slapped its NATO ally Turkey with sanctions over the purchase of Russian missiles, effectively denying Ankara’s state arms buyer, the Defense Industries Directorate (SSB), access to US financial institutions, US Secretary of State Mike Pompeo said in a statement. The US argues that the move threatens the “security of U.S. military technology and personnel and provide[s] substantial funds to Russia’s defense sector.” It has stopped short targeting Turkey’s economy or its financial industry with sanctions, comforting investors and nudging the Turkish lira and benchmark equity gauge higher, according to Bloomberg.

Ankara tries to save face, but it still has some egg salad right on the chin: The sanctions will have a limited effect on US-Turkish ties and may even support domestic development, SSB Chairman Ismail Demir said, according to Reuters. Turkey, which earlier said that the US accusations are “devoid of any technical merit,” had acquired the Russian S-400 defense system back in July 2019. Turkey also separately faces the threat of EU sanctions over illegal drilling for gas off the coast of Cyprus.

Trump supporters are starting to wake up and smell the coffee: Republican senator Mitch McConnell acknowledged in a speech on the Senate floor that Joe Biden has won the presidential election, and started a campaign to discourage fellow republicans senators from opposing the result of the election when it is presented to congress for ratification in early January, the New York Times reports.

Facebook disabled more than 100 Facebook and Instagram accounts and pages associated with a French disinformation campaign in Africa, the first time such a campaign was found to be linked to a Western government. The campaign seems to have been ongoing since 2018 and aimed to affirm positive sentiment about France’s policies in African countries and to criticize Russia’s involvement in Central African countries.

IN DIPLOMACY- Sudan and Ethiopia agreed to resume tripartite talks over the Grand Ethiopian Renaissance Dam (GERD) with Egypt, without setting a specific date, according to Sudanese news agency SUNA. Khartoum has no intention of pursuing a bilateral GERD agreement with Addis Ababa, and intends to keep working towards a trilateral accord with all three countries, Sudanese Irrigation Minister Yasser Abbas told Al Arabiya after a meeting with Ethiopia’s Irrigation Minister Seleshi Bekele yesterday. Sudan had opted out of the talks last month and called for more involvement from the AU in the negotiation process.