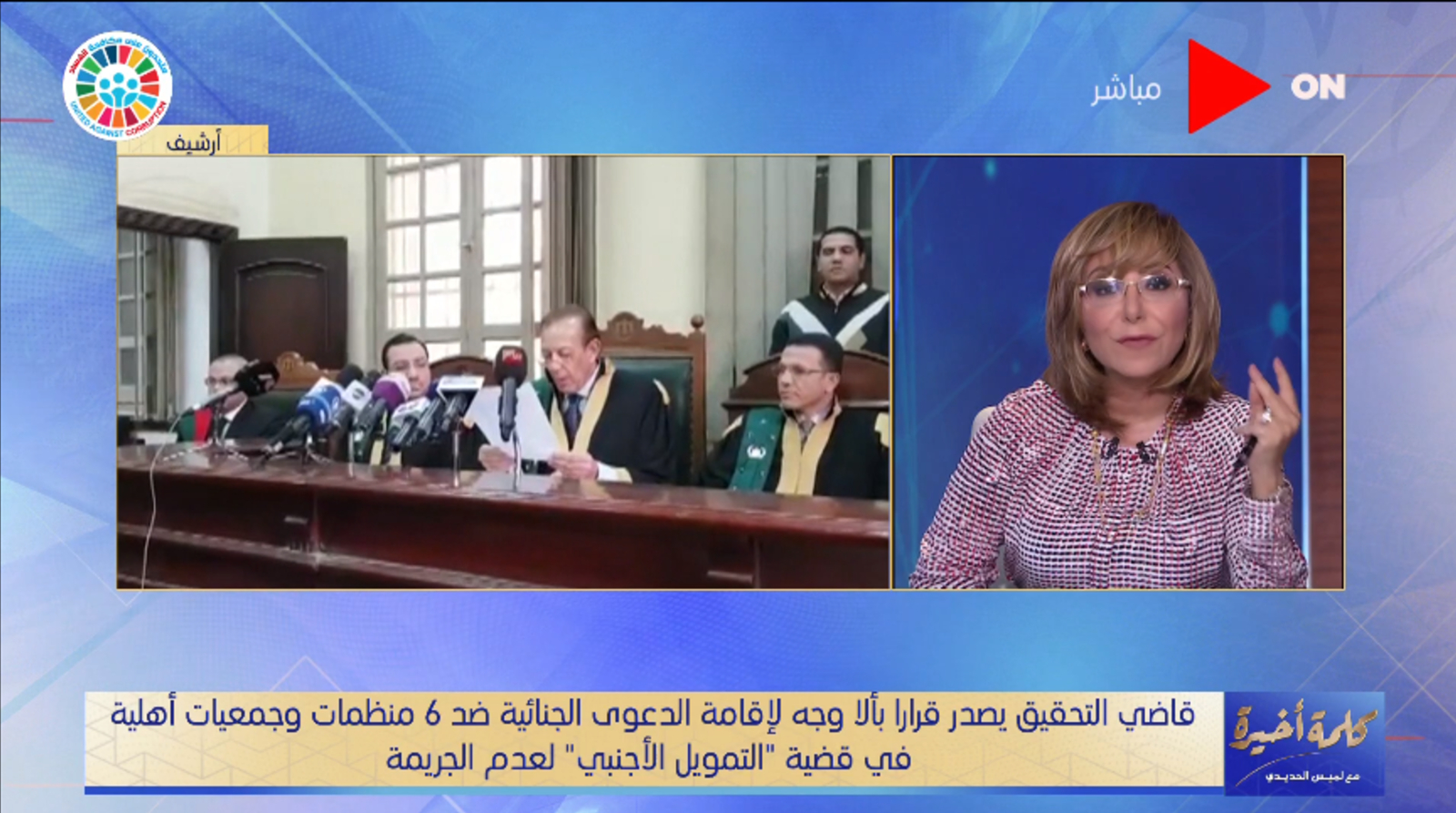 Closure of NGOs case: A court issued a ruling to close the 2011 NGOs case, which was brought against 20 NGOs accused of receiving illicit foreign funding, Kelma Akhira’s Lamees El Hadidi noted yesterday. The court ruling found six of the organizations not guilty and said there was insufficient evidence against the other 14 organizations. Lamees recapped the history of the case (watch, runtime: 11:49).

Also on the airwaves last night:

President Abdel Fattah El Sisi’s visit to Paris and planned sit-down with Emmanuel Macron is a testament to Egypt and France’s close ties, as it coincides with regional and global geopolitical developments such as EastMed tensions with Turkey and the change in administration over in the US, Center for Middle Eastern Studies Director Ahmed Youssef told Al Hayah Al Youm’s Lobna Assal (watch, runtime: 11:04).

Shops and restaurants across the country are getting shut down for violating new rules on their operating hours, with the largest number of violations recorded in Cairo, the Local Development Ministry said, Assal noted (watch, runtime: 6:42).

The latest developments in the global race to produce a covid-19 vaccine was on Masaa DMC’s Eman El Hosary’s agenda (watch, runtime: 4:50).