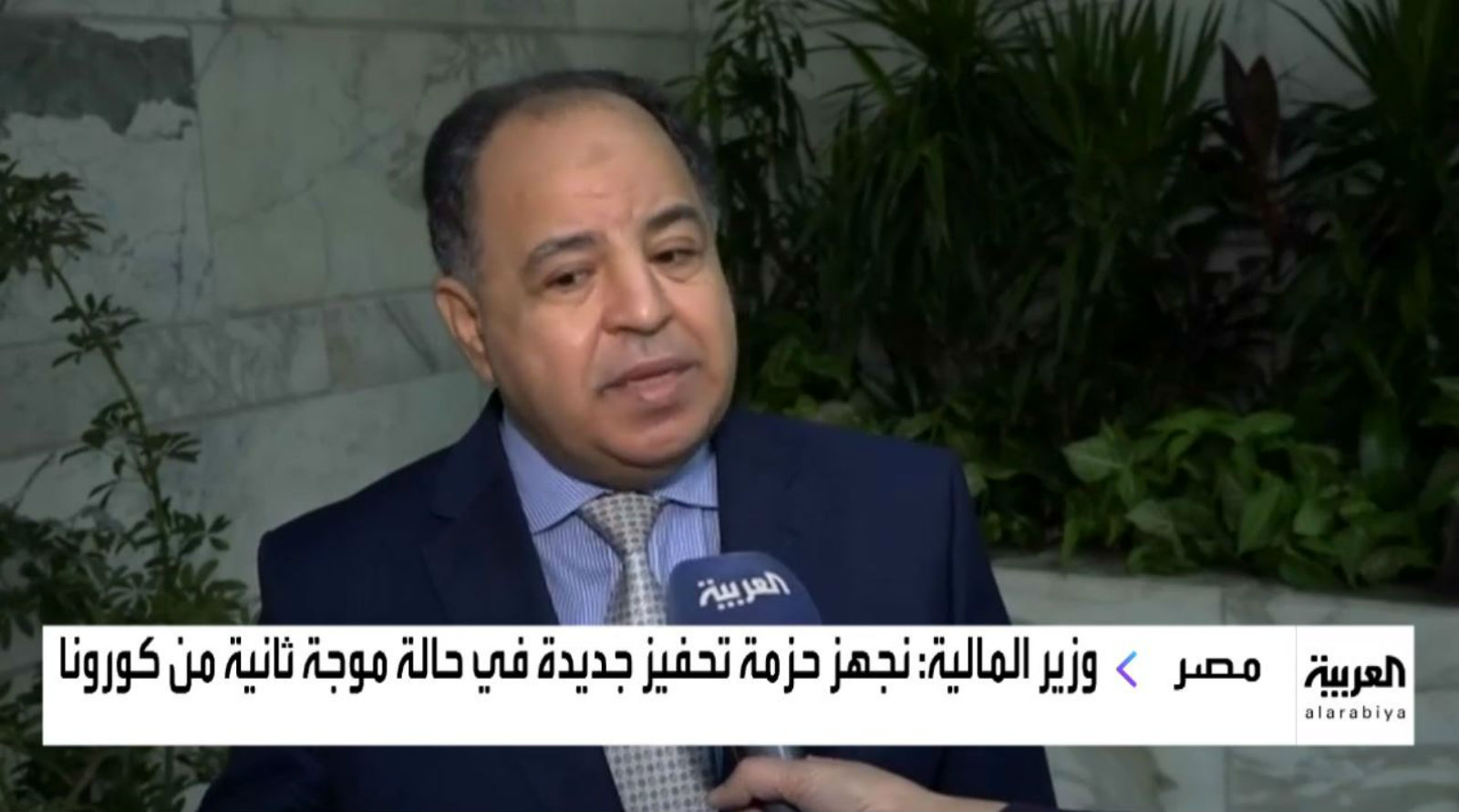 The government is prepared to dole out further stimulus should a second wave of covid-19 take hold in Egypt, Finance Minister Mohamed Maait told Al Arabiya yesterday. The possibility of a second stimulus package, which would follow the EGP 100 bn allocated at start of the pandemic, has already been factored into Finance Ministry calculations, Maait said. The minister previously signaled that the government could allocate more funding beyond the existing package.

Don’t expect much in the way of stimulus if a vaccine becomes available, Maait added. Maait expects the local and global economy to start gathering steam from next year.

Egypt has so far disbursed EGP 65 bn of the original EGP 100 mn package on healthcare, staple goods and employment grants for day laborers, and the state has pushed out an additional EGP 70 bn to increase pensioners’ allowances and boost public sector salaries and pensions.

We’re looking at an amended state budget next month: The minister told Al Arabiya that the pandemic has probably put the fiscal targets in the FY2020-2021 budget out of reach and said that the government will make amendments to the budget in December. Don’t expect the revised budget to hike taxes after Maait promised last week there would be no new levies.

And fresh fiscal data is giving cause for optimism: The budget deficit narrowed to 2.6% of GDP during the first four months of FY2020-21, compared to 3.1% in the same period last year, Maait said yesterday, according to Al Mal. State finances were bolstered by a 15.5% y-o-y increase in revenue, which was driven by a 11.4% rise in tax takings.

The primary surplus was considerably weaker this year though, coming in at EGP 5.5 bn compared to EGP 12 bn last year. Maait attributed the decline to increased spending on social programs and export subsidies.

We’ll know more when the government releases final figures for FY2019-2020. The administration released some preliminary data for the full year back in July, but we still don’t know officially how the economy performed in the third and fourth quarters of the last fiscal year, with the Finance Ministry having last published an official update in February covering 1H2019-2020. We did get a peek last week into the state’s finances at the end of FY2019-2020, when Maait mentioned that the government had suffered a EGP 220 bn shortfall in revenues. Revenues, however, rose by 18.4% y-o-y during the following quarter, helped by a 14.1% increase in tax revenue, he said then.

Further into the future: The government is looking to narrow the budget deficit to 6.5% of GDP in FY2021-2022 from the targeted 7.5% this year, according to a Finance Ministry document picked up by Reuters. The ministry sees the country’s debt pile continuing to rise, hitting 88% of GDP from the 83% forecast this year, despite expecting the average interest rate on government bonds to fall to 13% from 13,5% this year. It also eyeing a headline inflation rate between 6-12% during FY2021-2022, the same as the central bank’s current target range.