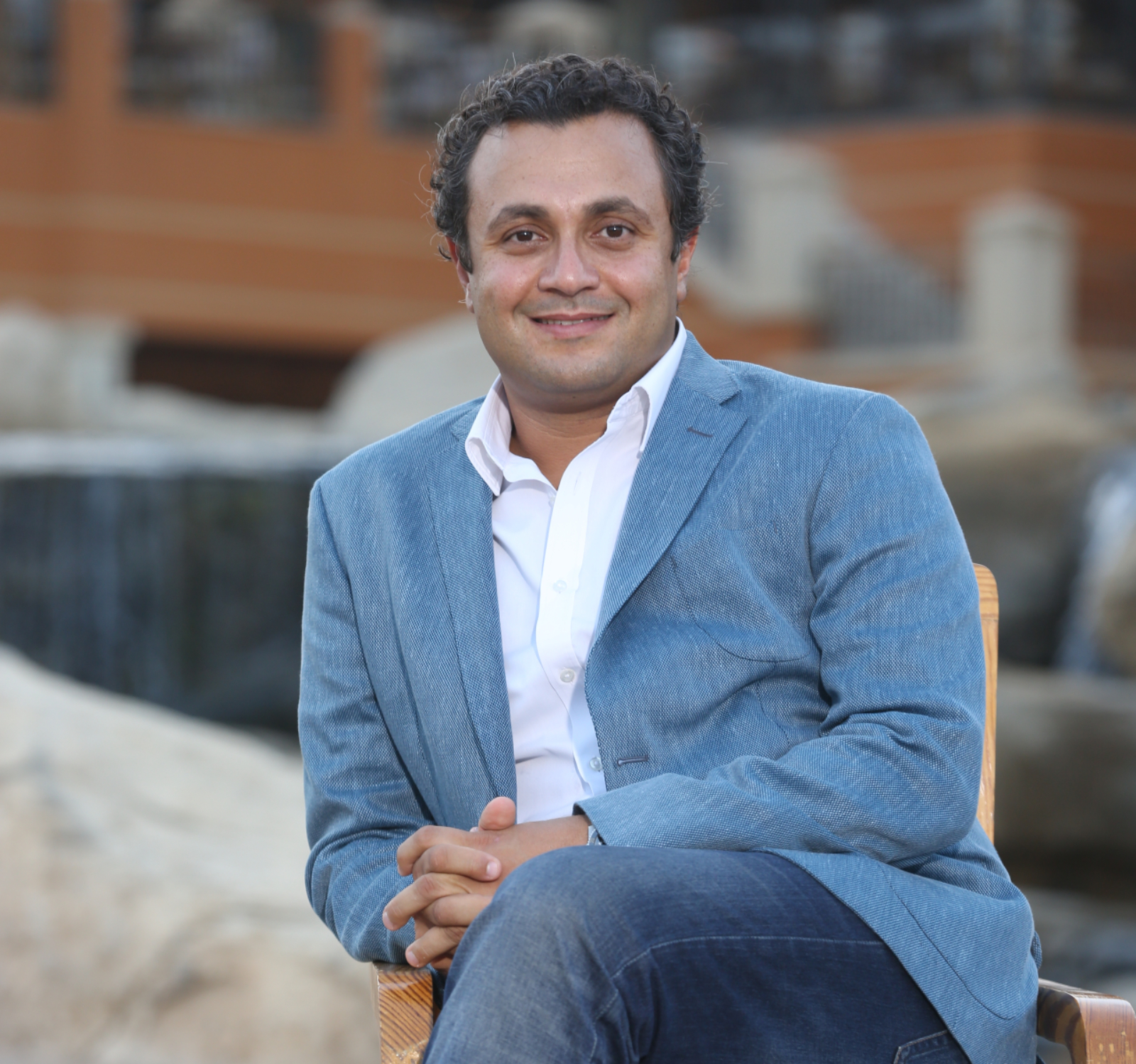 My name is Ibrahim El Missiri and I am the CEO of ASDC, the master developer of Soma Bay, which is the 10 mn sqm peninsula on the Red Sea south of Hurghada, with an 11km coast line and the most pristine sandy beach. We have a marina, five exceptional hotels, and an 18-hole championship golf course designed by the renowned Gary Player. Hence our motto: outstanding by nature.

I wake up around 6:30am, and the first thing I do is read Enterprise while I’m still in bed. Our Cocker Spaniel-Dachshund mix, Basboussa, is always the first to greet me when I get up and is always excited for our daily walk. Next is breakfast with the kids before they head off to school. My taste in breakfast isn’t very refined with my usual being coffee, orange juice and a roumy cheese sandwich. When my wife Marwa comes back from dropping the kids off — she insists on doing it herself — we usually spend some time together until it's time for me to head off into the wilderness.

I’ve been back at the office since the beginning of September. I take all my calls during the commute to work and get to the office by 9:30am. That’s when the real battle begins. There’s always something happening and a portion of my time is spent on putting out fires, but I try to stay organized overall. My main focus during the day is working on projects and operations.

How do I stay organized? Marie, my assistant. She sorts my life out. I’m religious about my Microsoft Calendar to manage my day and I try to stick with it. I write down everything. I enjoy having a notebook and taking notes. As for the home front, Marwa is the definite manager.

At the end of the day, if there’s no football match playing, I head home. I recently got into watching Liverpool matches — just like most of the Egyptian population. Even though my family were supporters of Al Ahly and I played football as a kid, I lost interest in the sport when I grew up. But now, because of Salah, I got hooked on the Premier League.

Once a week, I take some time to be alone and plan for the future. Before covid, I would head to a coffee shop near the Gezira Club for some shisha and use that time to think. But nowadays it's often in the afternoon when I walk the dog or when I sit alone at home. It’s hard during the workday because there’s so much — emails, calls, meetings — that you don’t get the chance to step back.

I think 80% of all functions can be done in Soma Bay — unless you’re legally required to be in Cairo. Doing work in the Red Sea is very possible — you have flights and internet and daily necessities. So why stay in Cairo? The two things preventing mass migration to the Red Sea are the availability of education and medical care.

The pandemic has highlighted our basic tourism problems. We don’t have a big enough airline or fleet and we’re still depending on Germany to offer charter flights. International tourism has suffered and local tourism only picks up when Egypt has a public holiday.

But covid also caused many people to consider retiring outside of Cairo. Middle-aged people traveled to Gouna and Soma Bay during the pandemic and started thinking “this whole retirement thing is real.” The Red Sea isn’t going to be the north coast, but it could become a first home for retirees or people who can do business remotely.

To relax, I like to listen to music. I’m a grunge, rock and roll kind of guy. My favorite band is Guns N' Roses and I proudly went on their Not in This Lifetime tour. However, my kids can’t stand them. I also like Pearl jam. Nirvana, and Linkin Park. I’ve recently become interested in this new wave of European DJs who are mixing club music with mahraganat. It’s actually kind of cool when it’s mixed.

I used to like watching a lot of serious TV shows, but because of work pressure, I’ve been preferring to watch some nonsense. I love Michael McIntyre’s standups. You should see him when he talks about family and kids. I can’t wait for the new David Attenborough that’s coming up. I used to watch Suits and I just finished watching both seasons of Cobra Kai. It was poorly produced, but full of nostalgia — the fact that they have the original cast back? Wow, I binged on that for two days.

The best piece of advice I’ve gotten is to stop trying to control the things you can’t control. A mentor told me that when we were in the midst of covid-19 and under a lot of pressure. I was killing myself trying to control the unknown. He also urged me to accept things for what they are.

I also tend to quote one of my greatest mentors, Jeremy Beeton. He was previously Director General of the London 2012 Olympic and Paralympic Games. He always knew the right thing to say in any situation. He’d never give you a clear answer, but he’d guide you to finding your own way by listening. And I believe if you want something enough, it will happen. That’s how I’m guided in my life.