Egypt’s private sector recovery gets back on track in September 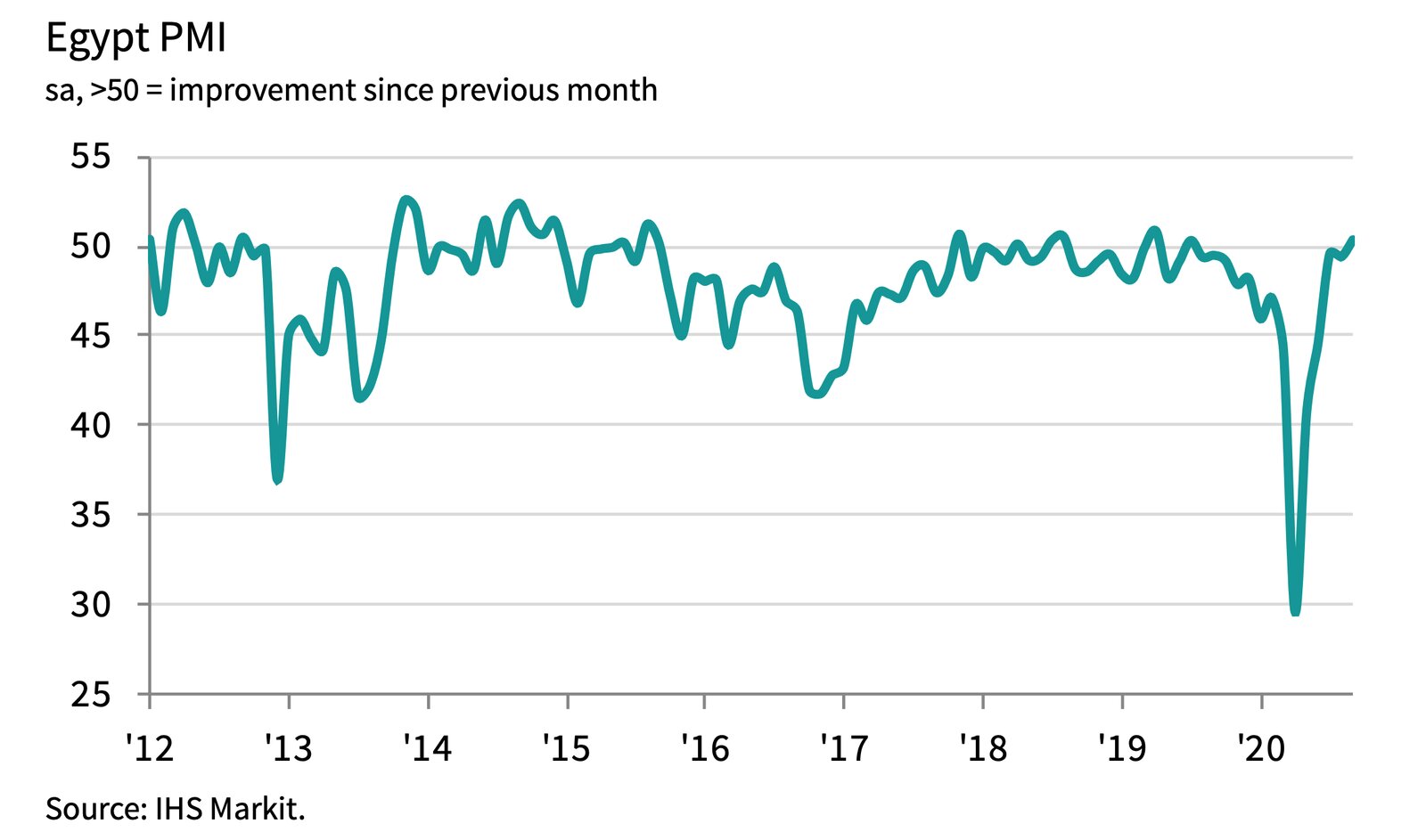 Egypt’s non-oil private sector expanded for the first time in 14 months in September on the back of a rise in consumer demand and strengthened business activity, according to IHS Markit PMI figures (pdf). The gauge rose to 50.4 from 49.4 in August, indicating the first month of economic expansion since July 2019. The figure is only marginally above the 50.0 mark that separates expansion from contraction but is “strongly above” the trending average of 48.1, said David Owen, economist at IHS Markit. “This suggests that the non-oil economy is seeing a modest turnaround after the devastating impact of the covid-19 pandemic,” he said. The recovery from April’s collapse in business activity has been uneven: Activity improved in July (but didn’t break into growth territory) before falling back in August due to a sharp increase in job cuts and slowing output and sales growth.

Sales grew at the fastest pace in more than five years last month as the government continued to ease its covid-19 restrictions. New orders and export sales also experienced strong growth, helping the private sector to record a rise in new business for the third consecutive month.

The rate of job cuts fell to a 10-month low as businesses ramped up hiring, signaling “a stronger outlook for employment in the last quarter of the year," Owen said. Backlogs rose for the fifth consecutive month, indicating a resumption of demand and some pressures on production capacity that could mean hiring is on the radar for some firms.

Stock levels ended a nine-month run of depletion: Companies reported that stock levels were unchanged from August, partly due to new orders allowing some companies to draw up stocks to boost output.

Sentiment remains down: Expectations for the next 12 months were unchanged from August, when sentiment fell to its lowest level since May. Little more than a third (36%) of businesses expressed confidence that business conditions will improve during the period.

Sentiment also improved in the GCC, where Saudi Arabia and the UAE also recorded higher PMI figures. Private sector conditions improved for the third time in the past four month in the UAE (pdf), while Saudi’s (pdf) posted the first monthly expansion since February. Bloomberg has more on the figures here.