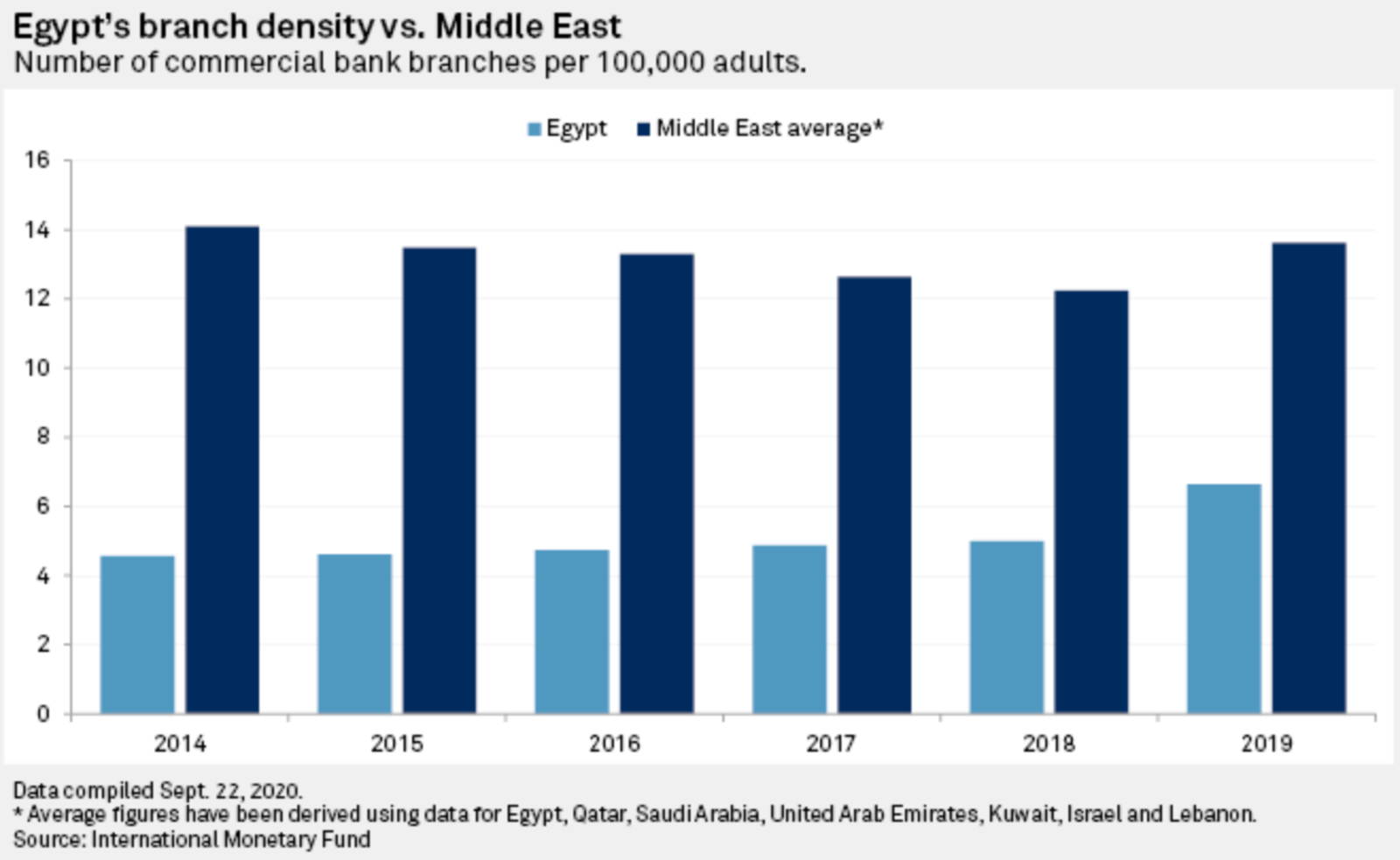 Why are Gulf banks looking to snap up the Lebanese banks leaving Egypt? Egypt’s large population, the low penetration of banking services throughout the country, and the unexplored potential of SME lending spell out an attractive market for expansion for GCC banks, and the slew of Lebanese banks currently on sale provide a window into it, writes S&P Global Market Intelligence. As Lebanese banks face insolvency after a mounting financial crisis that has been exacerbated by covid-19 and civil unrest in the country, Gulf banks looking to expand in Egypt are eyeing Lebanon’s Blom Bank and Bank Audi. "GCC banks have long targeted Egypt because it offers things the Gulf lacks aside from in Saudi — a large population and structural opportunity for growth," EFG Hermes’ head of MENA financials Elena Sanchez-Cabezudo told S&P. According to data compiled by S&P, only one in three Egyptians has access to banking or mobile financial services, lower than the region’s average of one in two.

Who wants a piece of the action? Though Blom Bank denied it was looking to sell its Egypt unit earlier this year, it has now confirmed its upcoming Egypt exit, and is in early discussions with Bahrain’s Arab Banking Corp (ABC), though “there is no certainty any translation will be completed,” according to a statement by the bank. ABC is competing with Dubai's Emirates NBD Bank — which entered Egypt in 2013 through the purchase of BNP Paribas — and which is also interested in Blom’s Egypt unit. First Abu Dhabi Bank (FAB) — the UAE’s largest bank — had planned to submit an offer for Bank Audi’s Egypt branch earlier this year, but halted the transaction in May because of the economic uncertainty caused by covid-19. The potential purchase — which could have a value of up to USD 700 mn — seems to be back on the table now.

Why M&A? Acquisitions are currently the only way into Egypt’s banking sector, as the CBE has for years denied new banking licenses and has told new entrants to see whether any of the country’s 38 licensed banks might be for sale. Though Egypt’s banks are considered desirable M&A targets, they were rarely up for sale before the recent M&A wave. The country’s banks capitalized on the high interest rate environment that followed the 2016 EGP float by piling into high-yield treasury bonds and bills, resulting in “excessively strong balance sheets” that have made the banks highly attractive acquisition targets.