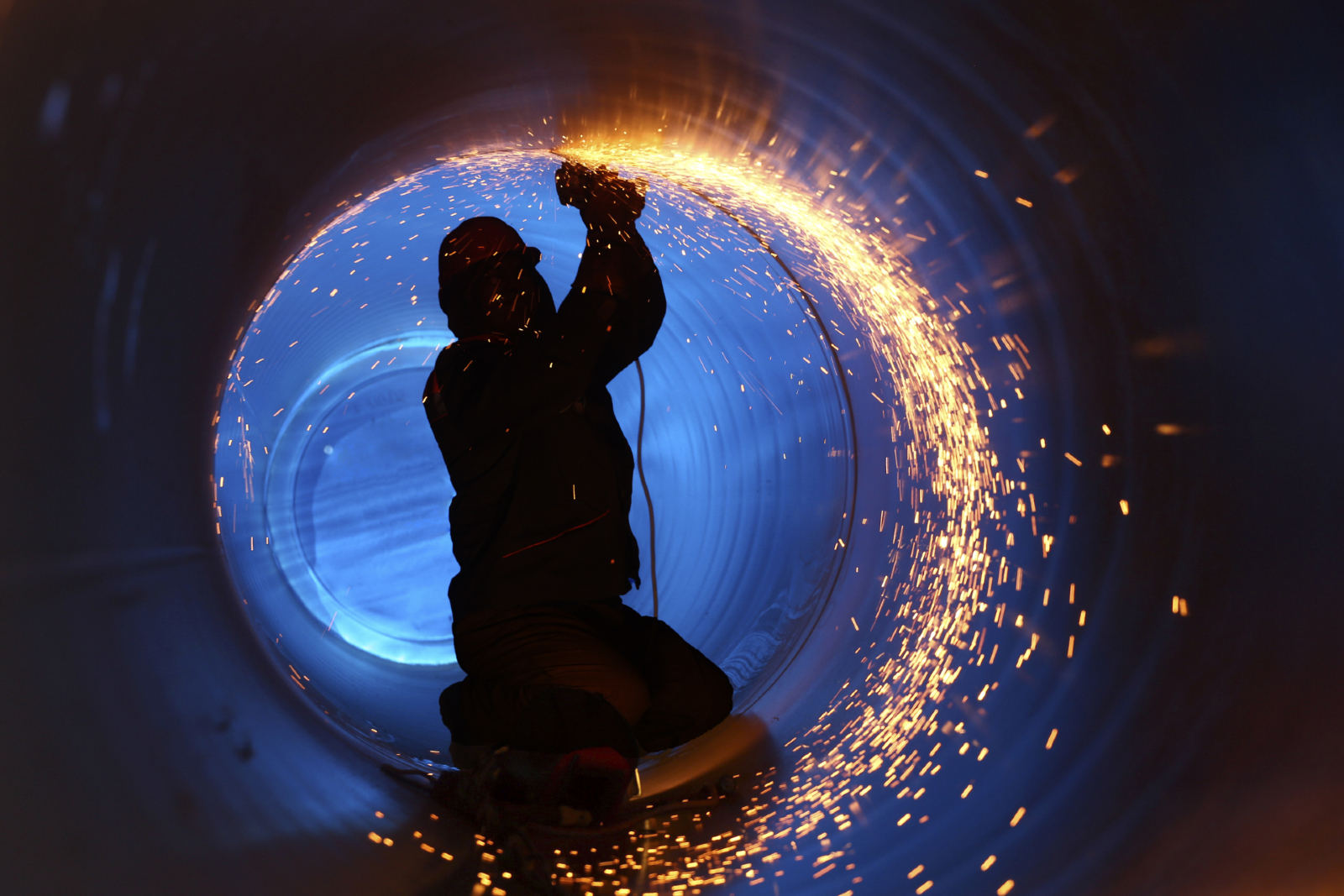 What the state needs to do to plug leaks in our water network: It is estimated that Egypt lost around 29% of its 10.7 bn cubic meters (bcm) of drinking water supply (or 3.1 bcm) in FY2018-19 to an aging network of pipelines and illegal construction, officials and experts we spoke with last week told us. The waters get murkier when we look at agriculture, where we could be losing bns of cubic meters to canal leakages and outdated agricultural techniques (an issue we plan to explore in further detail in the coming weeks), officials tell us.

The obstacles to upgrading the aging water network: While the state is working on a USD 50 bn plan to combat water scarcity, it is also working towards maintaining and upgrading existing water grids, while also ensuring future water grids do not suffer the same fate. Contractors and officials we’ve spoken with tell us that the main challenges facing this project are the amount of funding needed, the lack of contractors participating in the upgrades, and the entanglement of various water authorities. Today, we explore how each of these challenges is slowing down the upgrade of our water grids.

This pushed the government to launch a 10-year plan to spend EGP 312 bn in extending and replacing outdated water pipelines around the country, including EGP 10 bn this year, according to Khaled Siddik, executive director of the Housing Ministry fund for developing informal settlements.

But periodic allocations for the plan have not been cutting it: The government has only been allocating a fraction of the total funding needed, Giza Water Company Chairman Mansour Badawi said. His company required EGP 250 mn in FY2020-2021 to maintain the pipeline network but was only granted EGP 27 mn. The company is also still waiting for the Holding Company for Water and Wastewater (HCWW) to approve a EGP 5 bn plan to extend wastewater networks and build a new water pipeline.

Funds raised by building code settlements is part of the solution: The state has been strict on clamping down on building code violations over the past few months, forcing violators to apply to pay settlements by 31 October. As a major contributor to the leakage in our water grids, the ministry is looking to use some of these settlements to fund upgrades to the network. Under Article 8 of the recently-amended building codes (pdf), 39% of total settlements will be used to fund water and wastewater networks.

Relying on the alphabet soup of development agencies and finance institutions: The government has been relying heavily on loan agreements from international donors, Hassan told us. A quick look at the HCWW’s website shows a host of projects, including various water grid maintenance projects, that are receiving funding from multilateral institutions, including the African Development Bank, the French Development Agency, the European Investment Bank and the World Bank. This strategy looks set to continue. An EU-based development partner is currently studying a two-tranche EGP 6 bn loan to improve the water grid in Egypt, he added, without disclosing the institution.

Green bonds, sukuks: The government is working on a new funding strategy to guide its sustainability and green economy strategy, which includes water maintenance. Under this framework, the government is looking to use newly-legislated instruments such as sukuk and green bonds. Egypt currently has a portfolio of USD 1.9 bn of green projects in the pipeline, including sustainable water management systems, Finance Minister Mohamed Maait said ahead of Egypt’s first sovereign green bond issuance, which went to market yesterday.

Why private sector contractors aren’t buying into water network maintenance: Contractors don’t have much of an incentive to participate in upgrading water grids, as the margins on these projects are too low. Instead, larger, more experienced contractors tend to focus their efforts on building water treatment or desalination plants on build-own-operate or public-private partnership frameworks to turn higher profits, Siddik told Enterprise. Most of the problems that need fixing are in residential neighborhoods so maintenance and expansion are often time consuming and not as lucrative as other projects. Major construction companies therefore avoid, as much as possible, employing their machinery and staff in small infrastructure projects, a source at the Arab Contractors told Enterprise. “We would not mobilize expensive equipment and highly paid engineers to fix a small leakage in a small village. Those are usually smaller companies," an official at another larger construction company tells us.

However, leaving the maintenance of the infrastructure to smaller contractors comes at the expense of quality. Smaller contractors who opt in to extend infrastructure have often been faced with delayed payments and resorted to lower the specifications of the projects to make more profit, head of the Egyptian Federation of Construction Contractors Mohamed Sami told Enterprise.

And red tape isn’t helping matters: The water and wastewater sector is subject to the jurisdiction of four different agencies: the Construction Authority for Potable Water and Waste projects and the Egyptian Water Regulatory Agency (EWRA) both supervise construction, while the HCWW and regional water companies follow up on the quality, Housing Ministry advisor Tarek Refaey told Enterprise. The overlap in jurisdictions between different entities has been a major headache for contractors, Sami said, explaining that contractors signed agreements with the regional water distribution companies but it was the HCWW that signed off on the delivery and both companies relied on different specifications.

The hope is that legislation, quality measures, and expedited payments will solve both problems: To solve this entanglement, the government prepared amendments to the Drinking Water and Wastewater Act, which would essentially set the regulatory framework for the sector while giving EWRA control over those involved in water production and distribution, allowing it to specify which projects the private sector can work on. To solve the quality control problem with smaller contractors, contracts on new projects now include stipulations requiring contractors to pay 1% of the cost of the project to professional quality control consultants to review all details and specifications before receiving the sign-off of the HCWW, Siddik said. Meanwhile, the government has recently expedited the payment of contractors to ensure they can deliver their projects on time and at higher quality, Sami noted.

But, as we noted in our dive into water legislation, these have been bogged down in the House of Representatives. Little progress has been made in the House on passing the Drinking Water and Wastewater Act, along with the Water Resource Act — which legislates the proper use of Egypt’s water resources .

Until the two acts are passed, the government’s only tool is to implement efficient means of consumption by relying more on smart meters to better calculate consumption and step up collection rates, HCWW chairman Mamdouh Raslan tells us. He noted that waste has declined in the past two years from 30% to 28% after strengthening supervision and focusing on replacing pipelines over 40 years of age.