Egyptian students at anglophone universities were thrown into a covid-19 tailspin. Will they start looking at other destinations? 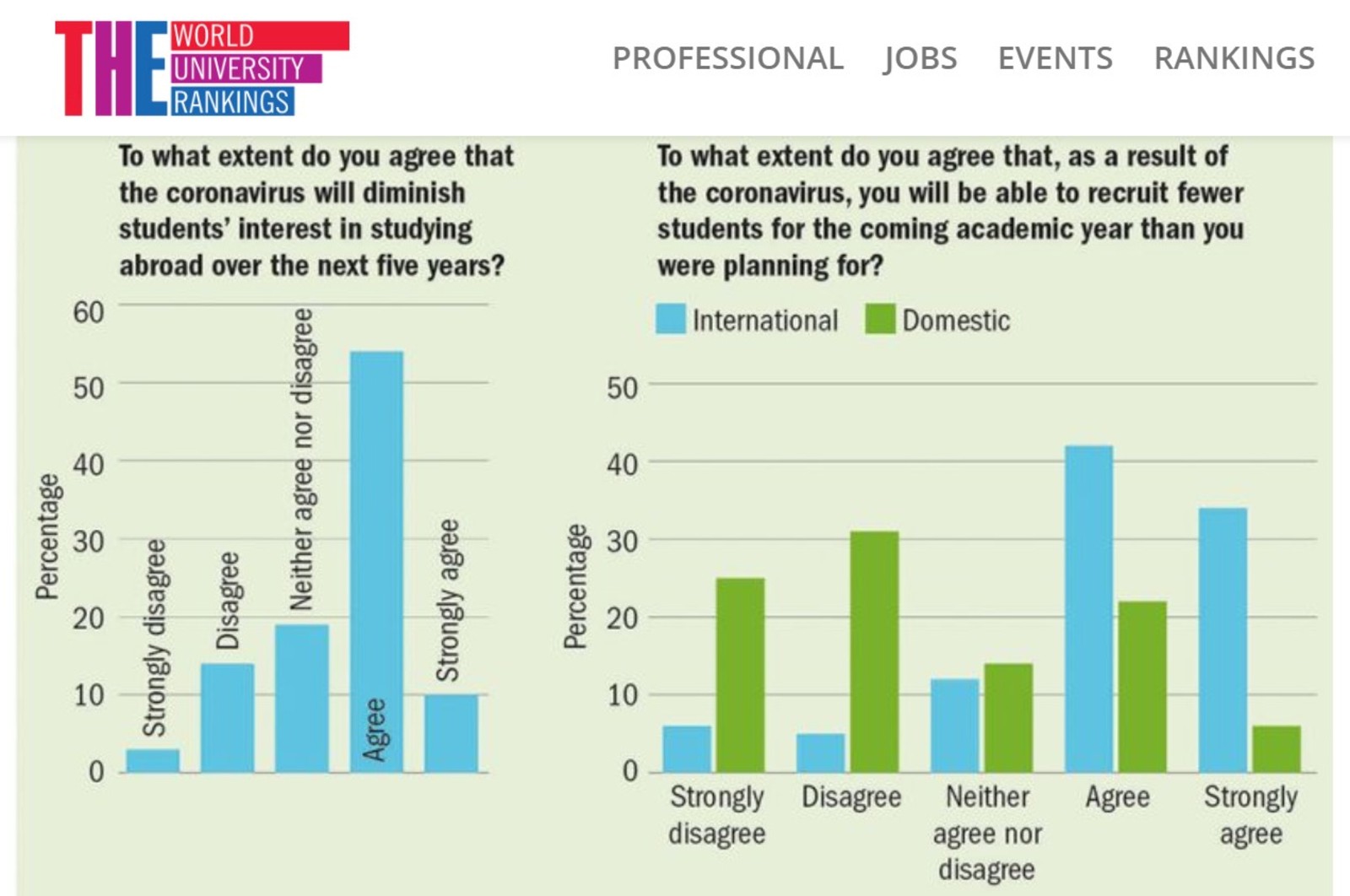 Egyptian students at US and UK universities were thrown into a covid-19 tailspin. Will this push them towards other study destinations? Last year Egyptian students at UK and US universities faced stress, extra costs and academic disruption as their institutions tackled covid-19. Blended learning this year may offer some normalcy, but global reports say international study won’t recover for at least five years. Appetite for a degree from these countries hasn’t yet diminished, say Egyptian students who spoke with Enterprise. But as covid-19 mitigation measures continue, experts predict that international students will start to question the value of expensive US and UK study in the long-term.

The pandemic has left universities and students scrambling to adjust. International students had to decide at short notice whether to return to their home countries when covid-19 broke out in March, amid speculation that country-wide lockdowns could last for months. Most universities switched to online learning immediately, with some fully closing their campus accommodation. While international students will be able to participate in blended learning and attend classes in person in 2020-21, some also fear losing their university places due to an inability to pay tuition fees.

Students made travel and accommodation arrangements amid a flurry of covid panic: One Egyptian student completing her MA at SOAS juggled two flight bookings to secure her luggage allowance when she returned to Egypt in mid-March. She learned about Cairo’s mandatory two-week quarantine in a pre-departure Heathrow airport announcement. Another completing her MPhil at Cambridge had just returned to Egypt for fieldwork when flights were suspended. Cambridge didn’t provide clear accommodation advice, and while some students were able to stay in their colleges, several who were asked to return home ended up seeking private accommodation, she says.

Not everyone could afford the extra costs of returning home: Her return flight cost just over EGP 6k, the first student estimates. The mandatory 14-day hotel quarantine that was later imposed may have cost an estimated EGP 15-20k, with the cost paid by the individuals returning. Not all families would have been able to bear these costs.

A lack of financial security could prevent some students from finishing their programs. One Egyptian student two years into a five-year part-time MSc at City University may lose the chance to complete his degree. He couldn’t pay this year’s tuition fees — GBP 5k per year — after losing his job in a wave of redundancies that followed the outbreak. His student union advised him to complete an interruption of studies form and defer to next year while he finds another job. If the university rejects his request and appeal, he’ll simply be given a certificate. The process has been filled with bureaucracy and slow communication, he says.

For many, the shift to online learning was a poor substitute for in-person teaching. Amina El Sheikh’s undergraduate studies at Emerson College quickly moved online after covid-19 hit the US. Her academic experience changed from highly discussion-based and interactive to much more traditional, she says. Getting clarification from professors or feeling urgency to complete assignments is harder when classes are online, says a Sussex University student. And while it’s useful to have lectures posted, another undergraduate at Nottingham University misses interactive tutorials, finding written assignments and handouts less engaging. The students attending SOAS and Cambridge faced challenges working on their dissertations in Egypt, with one noting that she missed having access to the library’s academic resources and the overall work environment.

Priority disciplines — like medicine — saw fast-tracked visas: A March decision by the US Bureau of Consular Affairs saw 8.6k Egyptian doctors accepted into the US in May.

But some travel restrictions remain in place all over the world, impacting universities as far afield as Japan and Canada.

The US and UK’s clumsy handling of covid-19 left many international students feeling unsafe and unwelcome. UK Prime Minister Boris Johnson’s initial response to the crisis made them feel unsafe and eager to return to Egypt, say several students. July’s hastily-retracted decision by the US Immigration and Customs Enforcement (ICE) that international students whose courses moved online could have their visas revoked left many students feeling deeply insecure.

Though students in other countries may have faced less disruption: Egyptian students in the UAE — numbering over 5k in 2016 compared to some 3k in the US and 2k in the UK — may have been largely shielded because the majority live with their families, says Mohamed Badry, Cultural Attaché at the Egyptian Cultural Bureau in Abu Dhabi. A small group of about 20 students requested support to return to Egypt, but he believes most experienced minimal disruption. Unlike the US and UK, Malaysia’s movement control order required international students to register with their university if they chose to stay in the country, and a government directive ordered that institutions prioritize their welfare. The UAE, Saudi Arabia, US, UK, France, Qatar and Malaysia were the top destinations for Egyptian students in 2017, numbering over 31k.

Has this dampened Egyptian students’ appetite for a US or UK education? So far, no. Students want to return to their host countries, hoping that a blended learning model, with extra preparation time for universities, will mitigate the worst challenges they faced earlier. The UK’s Warwick University actually saw a 17% increase in Egyptian applicants this year, according to a university representative. UK and US institutions will retain an edge for Egyptian students, because of linguistic and cultural familiarity and the value of an anglophone education for the Egyptian job market, predicts CIRA CEO Mohamed El Kalla.

Will this interest remain if covid-19 mitigation measures continue? There’s at least a chance it won’t.

Reduced demand for international study is feared by the global education industry. Almost two-thirds (64%) of 200 global university leaders anticipated that covid-19 will diminish student interest in overseas study in the coming five years, and 76% expected to recruit fewer international students this academic year, due to increased fear of overseas travel and higher costs, says a Times Higher Education survey.

Some international students are questioning the value proposition of expensive US and UK education. The cost of attending US and UK universities is usually justified by teaching quality, networking, and the chance to live in these countries, say students we spoke to. But many international students — including Egyptians — are studying either fully or partly online this academic year, missing out on many of the benefits of international study. Some state plainly that a year of online study isn’t worth the high cost of tuition fees. A July WES survey of some 600 prospective international students found only 38% would enroll at a US university if classes were only online.

Globally, experts are asking if US and UK universities will lose their pre-eminence. Some predict that post-covid-19 European universities will become more attractive and East Asia will emerge as a regional hub for international student mobility. One Indian university official cited in the THE survey predicts the desirability of certain countries for higher education will be reassessed, as “the major current destinations treated international students rather poorly.”

And could this help fuel Egypt’s bid to become a hub for international students and retain more of our own? Egypt is working to attract more international students and to encourage Egyptian students who would normally look overseas to remain here, through internationalizing private and public universities, ministry-led reform and establishing partnerships with overseas entities. Mohamed Eid, BUE’s Director of the Internationalization Office, says that while it’s still too early to know if student transfers from international universities have increased this academic year, it is a chance for BUE to show it’s a viable competitor to any overseas institution.