What we’re tracking on Thursday, 10 September 2020

After six months of WFH, the office is very much on our mind as we prepare to slip into the weekend. As the WSJ recently put it, it’s fall — and instead of the usual seasonal routines, “workers are overhauling routines and home offices, families are creating new rituals and businesses are trying new ways to energize employees — all with an eye toward making things work in the long term.”

The challenge, as we’ve written before, is that culture is made in the office — and tested remotely. How do you make newcomers part of your culture (let alone see them leave their own mark on it) when you never or rarely work face-to-face? How do we preserve and strengthen the ties that make us all a team? The FT’s management editor, Andrew Hill, shares our preoccupation in This is our big chance to create better workplaces (part of the FT’s new series on reinventing the workplace) but doesn’t yet have much in the way of answers.

Is the worm turning against WFH? Blackstone and Advent are paying for taxis and covid-19 tests to bring staff back in, convinced that private equity can only be successful if there is “face-to-face contact and relationship-building,” the FT tells us. And Netflix CEO Reed Hastings calls remote work a “pure negative” in a really solid interview, even as he leaves his team at home until “probably six months after a vaccine” is introduced. “Debating ideas is harder now,” he says, clearly looking forward to a day when “the five-day workweek will become four days in the office while one day is virtual from home.”

Meanwhile: It’s inflation day: Capmas and the CBE are expected to release inflation data for August today. Annual headline inflation fell to 4.2% in July from June’s seven-month high of 5.6% as food prices fell for the third consecutive month. Pharos Holdings is expecting annual inflation to inch back up to some 4.5% in August and end the year at 6%.

This month’s figure is expected to feature heavily on the CBE’s monetary policy committee when it meets to decide on interest rates on Thursday, 24 September. We’ll have our customary poll of analysts ahead of the decision for some guidance on which way things could go.

Keep an eye on food prices in particular: Global food prices reached a 6-month high in August thanks to the confluence of a weak USD and stronger global demand for commodities used in food production, according to the Food and Agriculture Organization (FAO) Food Price Index. Food prices were up 2% m-o-m in August, for a third consecutive month, according to FAO.

This comes as we still face the prospect of a “disruption in domestic food supply chains” thanks to the pandemic, as the World Bank recently noted. Food insecurity could still show up later as farmers face challenges in getting food products to market and getting their hands on production inputs.

So much for the global markets meltdown? The EGX mirrored regional exchanges, closing down just 0.2% yesterday. Trading was moderate, with EGP 1 bn-worth of shares changing hands — 10% below the trailing 90-day average.

Over in the US and Europe, investors are buying the dip from the US tech selloff. The Nasdaq had its best day since April, rising 2.7% as investors jumped back into tech stocks following a three-day sell-off that plunged the index into correction territory. The S&P, Dow and Euro Stoxx all closed up 1.6-2.0%.

Futures at dispatch sign point to lower openings today for Wall Street, the DAX and Euro Stoxx, but Asian markets are broadly in the green in early trading.

Meanwhile, Brent crude clawed its way above USD 40 / bbl amid the broader market rebound, rising 2.1% during trading. US crude also bagged gains, up 3.5% to finish at USD 38/bbl. Don’t expect this to last though, as Saudi Arabia refuses to cut production, fearing that doing so would only lead to OPEC+ producers taking advantage and increasing supply, the Financial Times reports, citing unnamed sources familiar with the Kingdom’s plans.

The Health Ministry reported 175 new covid-19 infections yesterday, down from 187 the day before. Egypt has now disclosed a total of 100,403 confirmed cases of covid-19. The ministry also reported 17 new deaths, bringing the country’s total death toll to 5,577. We now have a total of 80,689 confirmed cases that have fully recovered.

Covid-19 has been good to Souq: Amazon’s Souq has seen both new customer numbers and orders figures rise in Egypt over the past few months as shoppers go online thanks to covid-19, Egypt CEO Omar El Sahy told Ahram Online. The increase was significant in the FMCG sector, especially groceries, hygiene products, and WFH supplies, El Sahy added. “We have also seen an increase in purchases in lifestyle categories, including kitchenware, entertainment and sports equipment.” Souq sees online commerce continuing to boom, and there’s plenty of room to row: The Institute of National Planning reports that just 8% of the country’s total internet users (or 4.8 mn people) made online orders before the pandemic.

Medical industry wants permission to resume exports as export ban is set to expire: The Medical Industry Export Council is lobbying the government to put an end to an export ban on protective equipment as local demand slides, the domestic press reports. “The state should capitalize on production surpluses,” by allowing exports, at least until the threat of a second wave becomes clear, said council chairman Maged George. The request ahead of the Trade Ministry’s six-month export ban on masks, disinfectants and PPE ending in mid-September. 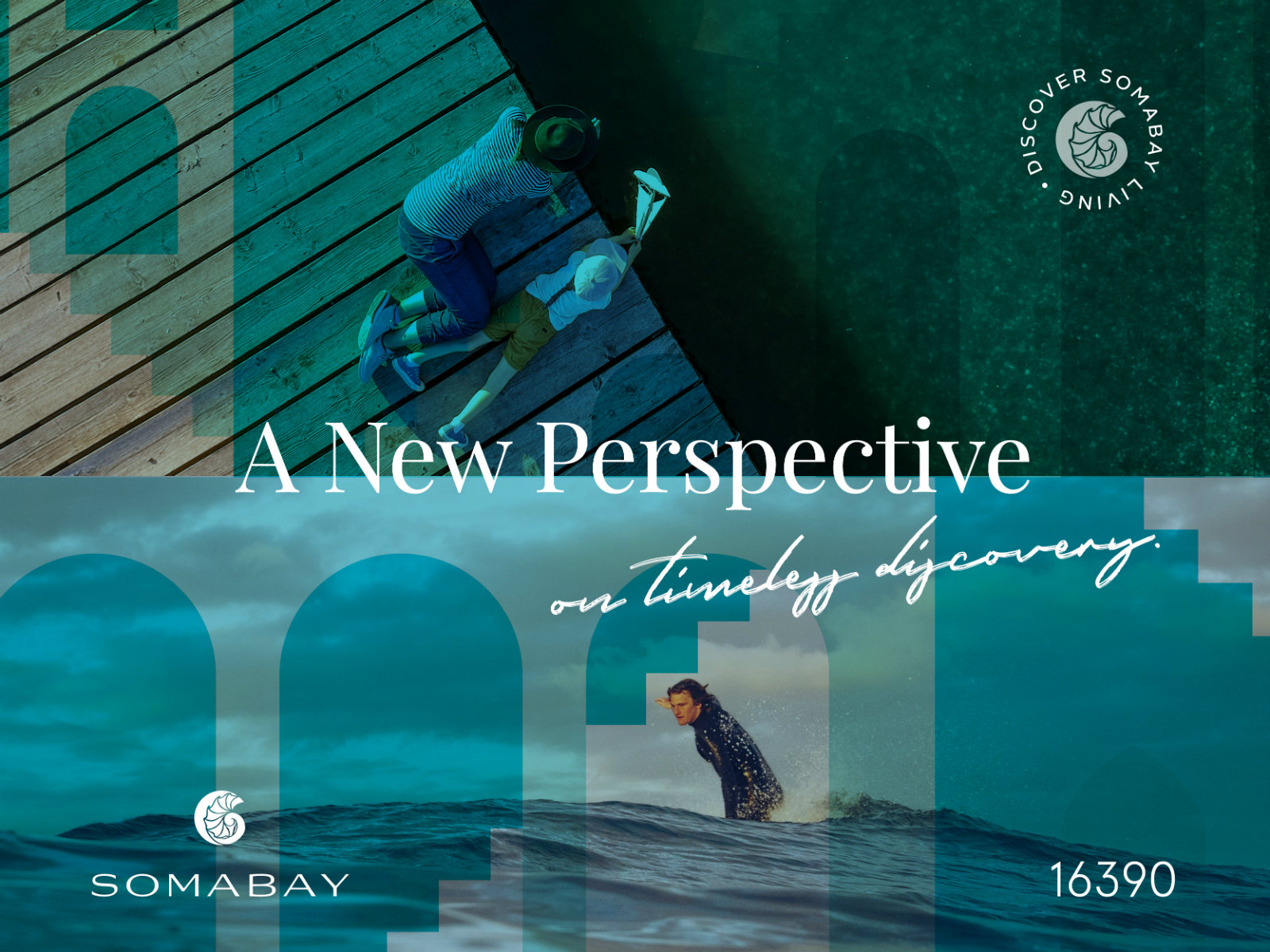 Is there a move afoot to make us kiss and make up with Qatar? David Schenker, the US State Department’s top diplomat for the Middle East, said that negotiations to end the three-year boycott of Qatar by Egypt, the UAE and Saudi Arabia are becoming more flexible, Reuters reports.

That contract Ethiopia signed in June to lobby the US doesn’t seem to be working out too well for them — will they rehire or fire? After Ethiopia enlisted US law firm Barnes & Thornburg (pdf) to lobby for US support for their position on the Grand Ethiopian Renaissance Dam at the end of June, the US has since taken a public stance on the dispute by suspending some USD 100 mn of aid to Addis Ababa for failing to reach an agreement. With the three-month contract expiring at the end of September, will the Ethiopians be looking to renew the contract?

Egypt is still hammering out a new trade agreement with the UK as Britain braces for a hard exit from the European Union. Talks are still focused on final details including the volume of Egyptian agricultural exports that will be sent to the UK and the customs we’ll see imposed on the goods, according to Ahmed Maghawry, head of the Commercial Representation Authority at the Trade Ministry, according to Al Shorouk. The talks are expected to come to a close by the end of 2020.

Meanwhile, Boris is still wildin’ out at the Brexit talks: Boris Johnson is still urging UK MPs to support a bill that the European Union thinks is a contravention of international law, the BBC reports. The Internal Markets Bill would see the UK breach the Withdrawal Agreement by ignoring customs terms agreed for Northern Ireland, a move that European Commission President Ursula von der Leyen said “undermines trust.”

In related news, the European Central Bank (ECB) is urging banks to pick up the pace in relocating operations from the UK to the EU as they approach the Brexit transition deadline at the end of this year, Bloomberg reports.

US ELECTION WATCH- Is this the worst-case election scenario for an America divided? Data analytics company Hawkfish is sounding a pre-emptive alarm over the possibility of what it’s terming a “red mirage” on the night of the US election. In an interview with Axios that aired on HBO last week (watch, runtime: 6:43), Hawkfish’s CEO says that it is likely that The Donald will appear to have won on election night, but as mailed in ballots are tallied over the following week – an estimated 40% of the electorate – the election may end up swinging to former VP Joe Biden. With a highly polarized electorate and the Trump campaign sowing doubt over the integrity of the vote, we could be in for a heated conclusion to the race. Sounds about right, if you ask us, but keep in mind: Hawkfish is a creation of Mike Bloomberg and so just may have a vested interest in the outcome here.

More news from the campaign trail:

Donald Trump knew about the severity of covid-19 since March, but chose to downplay it at his rallies and briefings to prevent nationwide panic and project the image of a strong, resilient US, according to a new book by veteran journalist Bob Woodward, the Washington Post reports. The book is due out on 15 September (Amazon).

We have a new poll from battleground states, and it’s not looking great for Trump: The latest Morning Consult poll shows Biden ahead in every state, leading by 10 points in Michigan and 8 points in Wisconsin. The Democrat isn’t doing as well in Florida, but FiveThiryEight still thinks he has a 74 in 100 chance of winning in November.

Alexandria to become a Wizz Air destination … once Abu Dhabi opens up: Europe’s third-largest discount carrier Wizz Air may have to delay the planned 1 October launch of its new airline in Abu Dhabi if the foreign visitor ban isn’t lifted soon, CEO Jozsef Varadi told Bloomberg. One Wizz Air plane is already in Abu Dhabi while another one should be arriving within the next few days, “but really we need Abu Dhabi to open up so that people can actually fly,” said Varadi. The Emirate is only allowing UAE citizens or diplomats from abroad to enter the country with requirements of a PCR test before departure as well as a mandatory self-quarantine on arrival. Alexandria was confirmed as a launch destination by Varadi as well as the cities of Athens, Larnaca, Odessa, Yerevan, and Kutaisi.