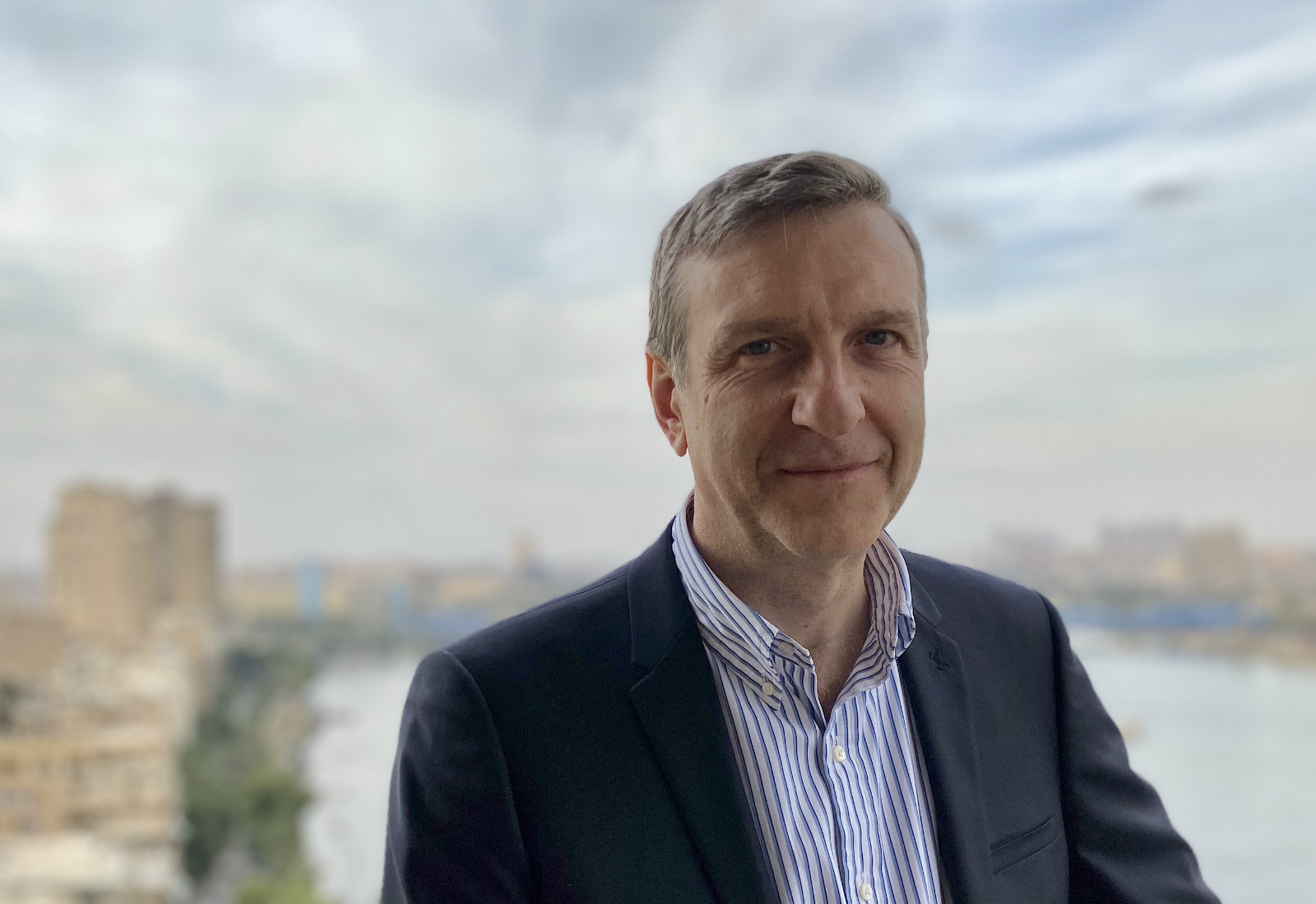 Enterprise talks to: Alfredo Abad, head of the European Investment Bank’s Cairo office: Since it inked its first agreement here in 1979 to help widen the Suez Canal, the European Investment Bank (EIB) has been a key international partner for Egypt and investor in our critical infrastructure needs. Investing more than EUR 9 bn over the subsequent four decades, the bank has provided financial support for the nation’s transportation sector, its water infrastructure, and conventional and renewable forms of power generation, as well as working with private equity groups and local banks to channel funding to the private sector.

We recently sat down for a chat with Alfredo Abad, the head of the EIB’s Cairo office, to discuss the bank’s plans. Having worked at the EIB since 2005 and previously serving as it’s representative for the Southern Africa region, Alfredo was appointed to head the bank’s Cairo office in November 2019. He has three decades of experience working on public and private sector development in emerging countries in Europe, Africa and South America.

The EIB is big on transport: The transportation sector is an area where we've financed several projects in the past, and I think fits very well into the bank’s strategy, which supports public transport and green forms of transport. Under the EUR 1.1 bn agreement sealed a few months ago, we are financing three projects that should be developed in different stages, and we will mobilize the funding for the government to use in the sector over the next year. This particular loan will include sub projects, two of them in Alexandria — the Ramy tram and the Abu Qir railway — as well as the development of Cairo Metro Line 2. We are very involved in the metro lines, and are helping to finance the third phase of Metro Line 3, as well as the rehabilitation of lines 1 and 2.

A EUR 120 mn loan for the Alexandria West Wastewater Treatment Plant could be disbursed before the year is out: The Alexandria West Wastewater Treatment Plant agreement was signed in December 2019 and will increase the capacity of the existing treatment plant from 460k cbm/d to 600k cbm. This will upgrade the treatment quality from primary to secondary treatment to serve about 2.5 mn people in the Alexandria governorate. In addition, it will reduce greenhouse emissions by using wastewater treatment to generate biogas energy, which will be used as a source of power to operate the plant. We are in the process of discussing with the Holding Company for Water and Wastewater all the conditions for the implementation of the project. We plan to actually start disbursement by the end of this year or early next year.

The Tanta-Mansoura-Damietta railway project remains under review, but we might see some movement next year: The project is still under appraisal, but we have signed a cooperation agreement with the government to provide technical assistance. As part of our appraisal we are now completing some of these studies, but until we’ve completed them it will be very difficult for us to move forward. But we are making progress and I expect that in 2021 we can take it to the EIB board.

The bank probably won’t be getting involved in the government’s desalination push just yet: The EIB has financed desalination plants in other parts of the world, but we would have to look at this on a case-by-case basis because not all plants are economically viable. We would need to look at the economics of the proposal, what is the demand and what are the tariffs that can be applied. It could be a potential area but it remains something to be explored.

We have been providing technical advisory services to the Irrigation Ministry and we are discussing strategy with other partners in the EU, but this is in a very early stage. But we’re moving with caution in this area because private sector involvement has not always been the solution in many parts of the world that have adopted PPP in the water sector.

Clearly the government requires large amounts of funding, and this is where it is putting a lot of emphasis. International lenders like EIB and other partners are offering this long-term funding that is needed for large infrastructure.

We've seen also that big projects, like the Benban plant, required a lot of time and negotiations, but it shows that the government wants to engage the private sector, and provided that the right regulatory framework and incentives are in place, it will attract private investors. I would say that it’s the beginning but it’s a very important beginning. The challenges are diverse but I think there’s a strategy in place that will set a direction to upgrade the country’s obsolete infrastructure.

Egypt should start with a pilot green bond issuance to minimize risk: We are very much supportive of green bonds. We were the first international financial institution to issue green bonds in 2007 and currently we issue the largest amount of green bonds among international financial institutions (IFIs). We have found after 15 years that it’s a successful model globally. As far as Egypt’s concerned, and in order to minimize risks with green bonds, Egypt could start with a pilot phase. There is a lot that can be learned from the experiences that we and other IFIs have applied across the world.

Greater incentives are needed, especially when it comes to infrastructure projects in rural areas: For private investors obviously they will be looking at returns based on tariffs, and these are reflective of market cost right now. I think this will be part of a bigger strategy to reform the water sector to make it more attractive to private investors. Tariffs are one thing but it is also about other incentives. What is the incentive for investors to go to rural areas where the target population is maybe below 1 mn people? It’s obviously a challenge to provide these incentives to attract investment to these more vulnerable areas. Most likely this will remain part of the government’s role in the years to come. The government is also talking about desalination plants and that’s an area where there is some interest from the private sector.

The bank’s pledge to end funding for fossil fuel projects by the end of 2021 won’t affect its existing projects: It will not have any impact. We are focusing already on renewable energy and efficiency programs. In the transport sector for example, we are supporting green transport. At the Alexandria wastewater treatment plant, we are trying to reduce CO2 emissions. This is a critical component, not specifically to finance one renewable project, but to look at this in a holistic approach. This is something to which we are committed and we want to become the bank of reference for climate projects.

The economic downturn in Europe won’t affect EIB funding allocated to Egypt: Funding delays or reallocation isn’t on the table at all. The external lending mandate is part of the programs to which the EIB has allocated resources, and priorities inside the EU will not cause us to reallocate funding from outside of the EU. We continue to be firmly committed to support our partners in Egypt and the Near East region.

And the pandemic is unlikely to have a discernible impact on investment inflows into infrastructure projects: The private sector will need to take their own views on the current situation, but I think Egypt has demonstrated that it is an attractive place for investors. The country has gone through a difficult period of economic reform but the positive results were already quite visible in 2019. You see the investments in infrastructure, the number of tourists visiting the country, and how investors were coming to Egypt. And today the country is still key for investors who want to target the regional market, and has the economic fundamentals to attract investment. Some areas may still need some additional reforms but from what I’ve seen the government is working on that, and wants to attract investors and financial institutions. Egypt should remain one of the most attractive markets among emerging economies after covid.