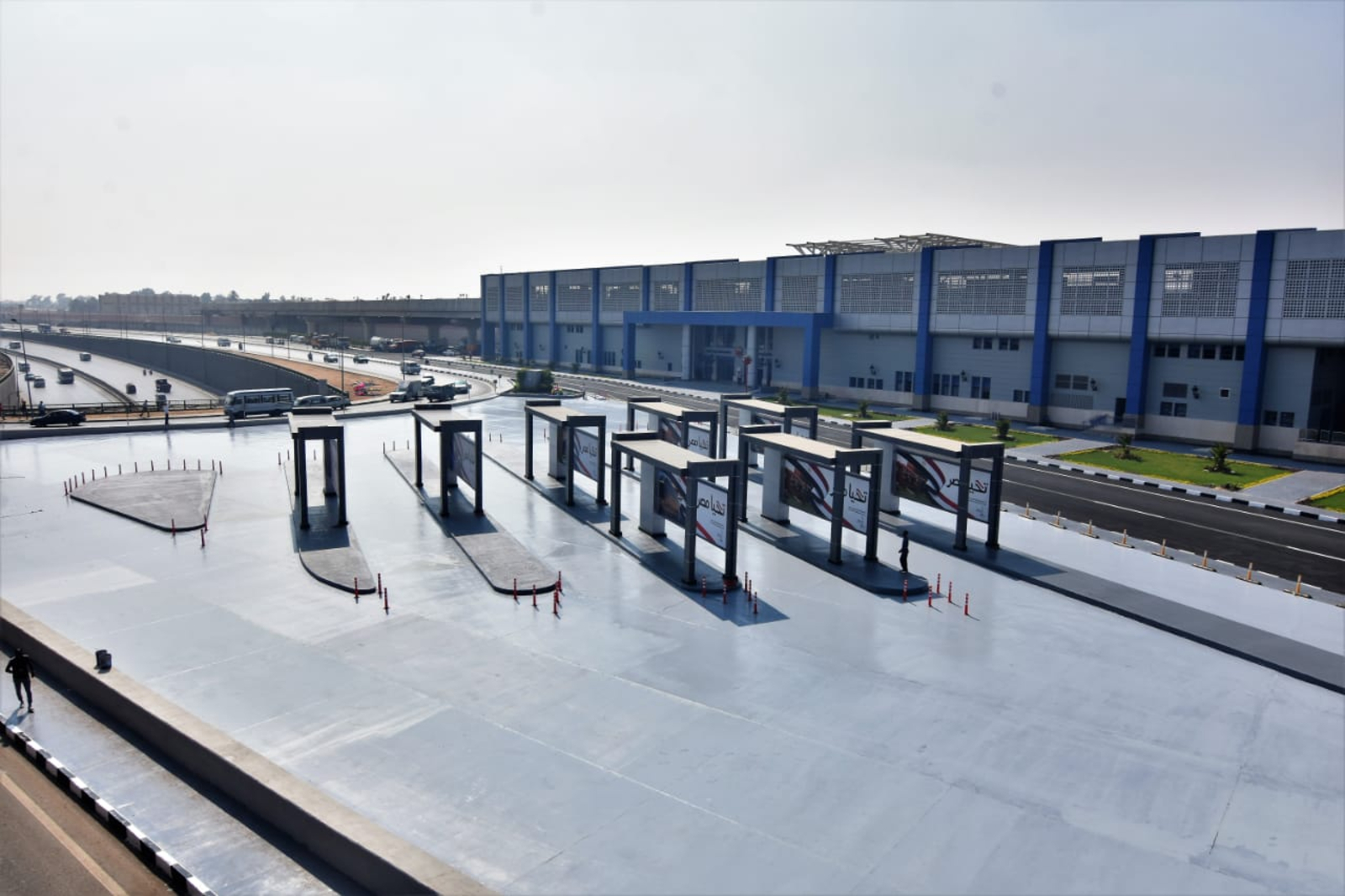 How Egypt built its first transit hub: With last week’s inauguration of the fourth phase of the EGP 32 bn Cairo Metro Line 3 — a milestone project by all counts — we’re taking a deeper dive into what it took to build and why the project matters.

So, what’s the significance of the project? The line covers six stops in New Cairo — the last of which is Adly Mansour station, which is now officially the country’s first transit hub. The hub will connect the New Administrative Capital to the rest of the nation and include a commercial investment zone alongside a full-service transport complex.

Planes, trains and automobiles: The station connects five different modes of transportation: The third metro line, the electric train route, a railway station, SuperJet station, and Bus Rapid Transit (BRT), according to Ahram Online. But beyond the benefits of infrastructure, the project showcases the growing technical prowess of Egypt’s construction and engineering companies, who have taken a substantial lead in its construction.

One hub to link them all: If you have been abroad, chances are you’ve visited at least one similar hub. You have the Rotterdam Central Station, London King’s Cross, or Hong Kong University station. The idea behind a transit hub is no longer simply a place where travelers arrive or depart but a meeting point where the area becomes a destination onto itself, according to engineering firm Arcadis (pdf). As urban centers continue to increase in size and density, mobility is becoming a more pressing issue for a city’s residents. In Egypt, for example, journey times have been increasing and transport infrastructure is under greater pressure than ever. With more than a quarter of the population living in Greater Cairo, in addition to mns of commuters from Egyptian governorates, extending the metro line to link between East and West Cairo through Line 3 became a pressing need. The aim of the project is to smooth traffic flows as the build-out of the new administrative capital continues, Orascom Construction (OC) — one of the principle developers on the line — told Enterprise in a statement.

Background: As the country looked to lower congestion in the Cairo and Alexandria metropolitan areas and expand urban development elsewhere, growing the transportation network and infrastructure became a key element in the country’s economic reform plan back in 2014, now-Prime Minister Mostafa Madbouly had said at the time. This prompted the government to build over 7,000 km of new roads at a cost of EGP 175 bn, Transportation Minister Kamel El Wazir noted earlier this month, according to Ahram Online.

This is why our infrastructure quality scores are going up: Egypt’s road quality score in the 2019 World Economic Forum’s Global Competitiveness Index (pdf) advanced to 28 from 118 in the 2014 edition of the report (pdf).

EGP 6.6 tn to be spent on trains, planes, and automobiles: But along with building new roads and developing existing ones, the government is also carrying out projects in the transport sector at a cost of EGP 6.6 tn, which includes, for instance, new airports and 174 railway stations currently under development, El Wazir had said during the inauguration of the line.

One main component of this hub is the metro: Line 3 phase 4B runs along the middle of Gesr El Suez Street, beginning at Nozha station up to Adly Mansour Station with a ramp to a depot area. The extension will serve as a key section of Line 3, which is estimated to carry around 1.5 mn passengers a day. It will also alleviate traffic congestion in East Cairo, providing commuters with a faster transportation alternative, according to Railway Technology. Arab Contractors and OC were the main contractors on this phase.

And building it wasn’t easy: The six stations are in heavy-traffic areas, which forced the companies to resort to building elevated stations, along with a 7.5 km viaduct. After examining the Gesr El Suez neighborhood and the underground utilities, OC could not follow the usual construction methods and had to improvise solutions from scratch.

Financing the project was so challenging, it pushed the government to consider separating the National Authority for Tunnels from the National Railways Authority. Making it its own independent authority was meant to cut reliance on government financing and maintain its operations, to cover operating expenses, which Transport Minister Kamel El Wazir said ran at around EGP 8 bn.

Meanwhile, work has already started on the monorail project: OC, Bombardier, and Arab Contractors have broken ground on the USD 4.5 bn new administrative capital monorail project, which will connect East Cairo, from Adly Mansour station, to the new capital. The consortium will design, build, supply, and operate the lines, which will link 6th of October City to Giza and Nasr City to the new administrative capital. They’ll be responsible for the operation and maintenance of both lines for 30 years. Bombardier has reportedly been planning to begin manufacturing rolling stock for the two planned monorails this month.

To cut the costs of all rail projects, the Transport Ministry will work with international companies to establish a new factory that will manufacture electric and monorail train cars and spare parts for the nation’s railways and metro lines. The Suez Canal Economic Zone (SCZone) and the Sovereign Fund of Egypt (SFE) have been in talks with the ministry to set up the plant.

This plant will not only serve Cairo but would rather help Egypt in its endeavor to overhaul the entire railway system. As we noted in an earlier Hardhat report, the government has earmarked EGP 141 bn to spend on a much-needed overhaul for the country’s railway system through 2022. The plan, which hopes to serve 2 mn travelers and commuters per day by 2022, relies on upgrading the current railway infrastructure, developing new lines, and buying new locomotives and rolling stock.

In the beginning, it was mostly foreigners vying for the metro: The first metro line was inaugurated in 1989, according to the National Authority for Tunnels. Arab Contractors was then the only Egyptian company participating in the construction, along with seven French companies, headed by Interinfera.

But with the greenlight for the second line, more Egyptian companies wanted in: Orascom Construction has been involved in building the Greater Cairo Metro network since 1989 when the company started laying track for Phase 1A&B of Line 2. Across the past 30 years, the company partnered with key international players including Vinci, Bouygues, Alstom and Thales — among others, OC tells Enterprise.

And now, Egyptian players are taking the lead: Through these strategic partnerships, Arab Contractors and OC have effectively gained the global know-how needed to execute the full scope of a project of this magnitude. What started as an international collaboration allowed OC to fully deliver the entire line 3 phase 4B project on time with more than 560 engineers and 4,600 workers who operated 390 machines over 38 mn hours of work in four years, according to Youm7. The company is now involved in all phases of Cairo Metro under construction, including the civil and electromechanical works for Line 3 Phase 3, which includes 15 stations (8 underground stations, 5 elevated stations and 2 at grade stations), annex structures, stabling area and light repair workshop, with total length of 17.7 km from Attaba to Kit Kat Station, then diverges into two branches serving Imbaba and Mohandeseen through to Cairo University.