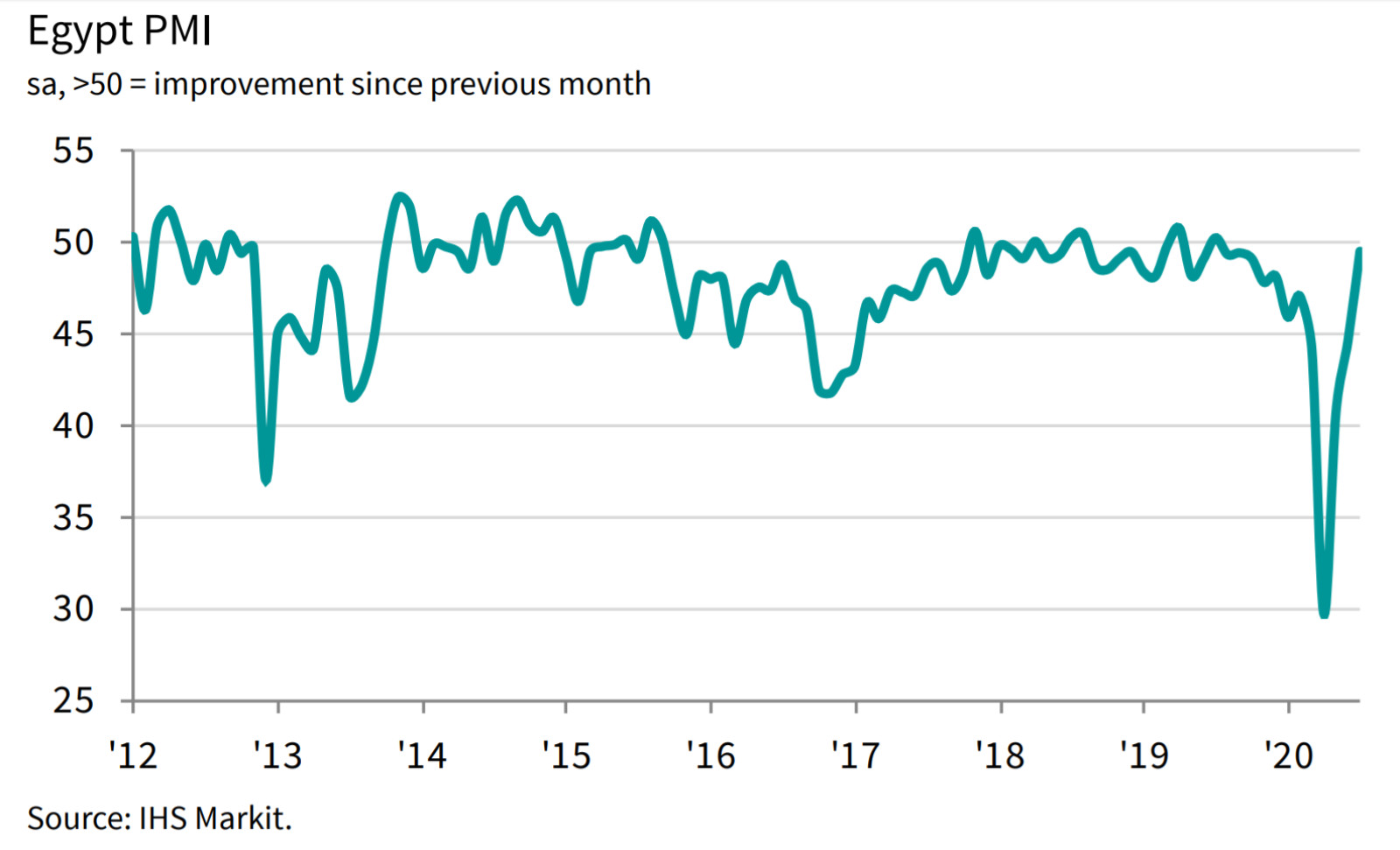 Non-oil business activity hits 12-month high in July: Activity in Egypt’s non-oil private sector contracted at its slowest rate in a year in July as rising output and expanding exports signalled improved business conditions after activity fell to an all-time low at the height of the covid-19 crisis. IHS Markit PMI figures (pdf) released yesterday came in at 49.6, only slightly missing the 50.0 mark that indicates an expansion of activity, and rising from 44.6 in June.

Output rose last month for the first time in a year as areas of the economy previously shuttered during lockdown reopened. Activity in the tourism and hospitality sectors picked up as tourists returned following the lifting of the ban on international flights at the beginning of July.

But let’s not get too carried away: “Egypt still has some way to go to return to pre-covid levels of activity and demand, with the recent upturns only mild overall,” said David Owen, economist at IHS Markit. “The landscape for Egyptian businesses remains both competitive and daunting, but can be improved in the coming months should tourism and other sectors be given a boost.”

The after-effects of lockdown continued to weigh on the labor market: Despite recovering output and new orders, employment continued to decline in July, after falling at its fastest rate in four years in June. Businesses told IHS Markit that this was mainly due to companies not replacing ex-employees who had left voluntarily.

Weak purchasing activity continued into July, with stock purchases falling for the eighth consecutive month albeit at the slowest rate since December. Inflation hit a nine-month high, accelerating the rise in purchasing costs, while firms continued to offer discounts on orders to boost sales.

The private sector is strongly optimistic for a near-term recovery: Sentiment reached its highest level in almost two-and-a-half years, with firms expressing optimism that a recovery in the tourism sector will support broader economic comeback over the summer.

Over in the Gulf, Saudi Arabia and the UAE also posted improved PMI figures. Private sector activity in the UAE expanded at a faster pace in July while Saudi climbed to a five-month high of 50. Bloomberg breaks down the figures here.