Enterprise After Hours Episode #1 — A conversation with Rania Al Mashat 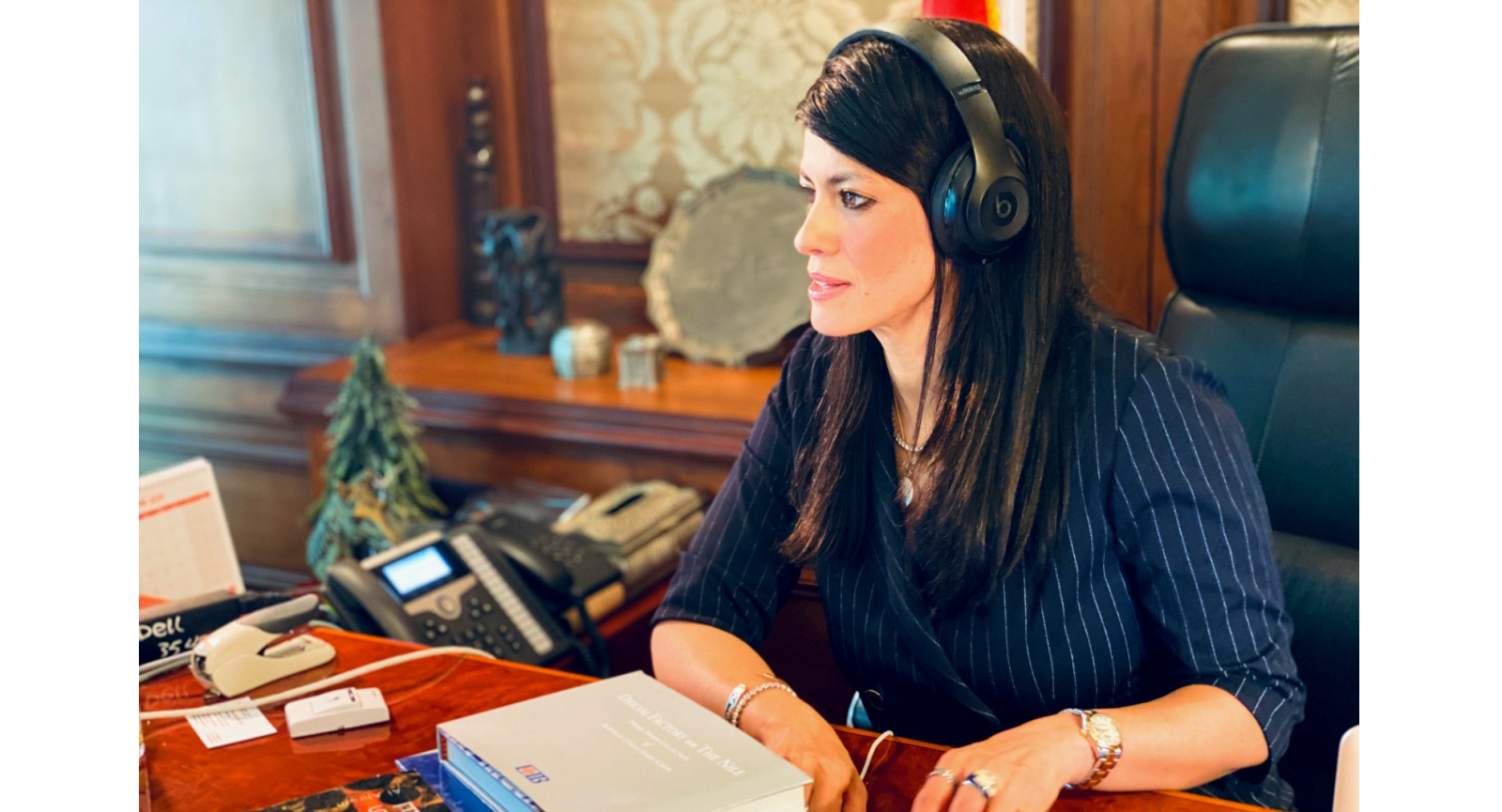 Enterprise After Hours Episode #1 — A conversation with Rania Al Mashat: In trying times, it’s natural to look to leaders for reassurance. We got that and more from the first guest of our new podcast series Enterprise After Hours: International Cooperation Minister Rania Al Mashat (Linkedin). A career economist, Al Mashat rose to prominence at the age of 25, when she became one of the youngest hires ever at the International Monetary Fund. Later, as a sub-governor for monetary policy at the CBE, she was intimately involved in shielding the country from the global financial crisis and helped stabilize the economy following 2011, as well as helping form the 2016 reform agenda. She was then tapped to become Tourism Minister in 2018 at a time when the sector was still struggling to get back on its legs. She’s someone who understands the global macro climate, the nuances of the Egyptian monetary system, and development economics.

A rock in a crisis: Al Mashat is someone whose voice has been called on time and time again when Egypt faces a crisis, making her an ideal first guest for our new series. We spoke about how she sees her ministry leading economic diplomacy today, why the business community should care about sustainable development, and how the current crisis presents an opportunity to achieve that vision.

Tap or click here to listen to the episode (runtime: 41:05) on our website | Apple Podcasts | Omny. We’re also available on Spotify, but only for non-MENA accounts.

In short, the role of MOIC is economic diplomacy, says Al Mashat. So when Egypt engages in development projects — whether sovereign projects, public-private partnership projects, or private sector projects — with international partners or institutions, it is the MOIC that coordinates those bilateral and multilateral development partnerships. It connects Egypt to the global economy and works to line up the funding to move the country towards sustainable development.

The MOIC’s mandate also extends to bilateral cooperation agreements. “If we’re talking about our relationship with Germany, France, or Switzerland, for example, many of these countries also reach out to invest in SMEs.”

The development financing that the MOIC coordinates is just one possible financing instrument for a project, out of an array of sources that include borrowing from domestic banks, taking a loan from the government, or going to international markets. The MOIC works in partnership with individual line ministries to secure development financing with favorable conditions, says Al Mashat. It also creates a platform where multiple stakeholders can partner to fulfil particular development goals. Aswan’s Benban project is an example of this. It’s a public-private partnership, which started with structural reform by the electricity ministry. This enabled private sector firms to go to international partners to get development financing.

This is all part of a larger global goal — financing for the SDGs: The MOIC is essentially responsible for coordinating Egypt’s investment in the 17 Sustainable Development Goals (SDGs), which all UN member states are working to finance and implement between now and 2030. They include overcoming hunger, overcoming poverty, gender equality, innovation, infrastructure, clean energy, supporting life underwater, partnership, promoting health and wellbeing. The MOIC’s design of projects and financing structures is always informed by the question of how the SDGs will be accomplished, she says.

So it is pushing forward with the Global Partnership Narrative (pdf) — designed to create widespread awareness of why the SDGs matter. The aim is for everyone to know why a water desalination in Sinai or Port Said is important for a person in Cairo, or why a Maadi-based STEM school for girls is important for the city of Assiut. These projects show the collaboration between the government and the private sector and the international community, she says.

“In the past five years, we’ve had around USD 25 bn invested in 247 projects spanning the 17 SDGs. We want to document all these projects, so that people can see not just the USD value of this development financing, but see it as an impact value,” says Al Mashat. MOIC produces a weekly digest which it sends to interested parties, says Al Mashat. It will issue a report in July outlining its recent work during the crisis period, she adds.

But covid-19 is forcing a rethink of how Egypt prioritizes action on the SDGs. An updated version of Egypt Vision 2030, which shows how the government prioritizes the SDGs, was due to come out in April, and is now being revisited in light of covid. But some projects are being fast-tracked because of their importance in the current climate, says Al Mashat. These include a collaboration between the Finance Ministry and the World Bank on the new universal healthcare system, transportation projects which will allow for more connectivity and growth, renewable energy projects to generate more clean energy, and projects that support the private sector and SMEs. “All of these are going to reshape the recovery,” she says. While all the goals are important, the government sees mitigating the socioeconomic impact of covid-19 on vulnerable groups as crucial, along with ensuring SMEs remain supported as engines of growth, and putting health front and center.

Still, covid-19’s rapid spread has strained timeframes, and ensuring wider SDG commitments are not forgotten are among immediate concerns over how to mitigate the current situation, Al Mashat adds.

One possible silver lining? Covid-19 is forcing governments throughout the world to implement reforms quickly. “In some sense, as devastating as it’s been, it’s also created a little bit of an expedited reform agenda,” says Al Mashat.

As the only MENA country the IMF sees showing positive growth in the crisis, multilateral partners are confident in our recovery. The IMF’s July 2020 World Economic Outlook predicts 2% growth for Egypt through the end of 2020. This compares to a contraction of -8% for advanced economies and -5% for emerging markets. And engagement from international partners is testament to them betting on the future and on a government that is committed to reforms, she says.

This is not the first time that economic reforms have paved the way for Egypt’s recovery following a crisis. The CBE undertook many reforms between 2005 and 2008, says Al Mashat, so when the global financial crisis hit, Egypt was on a very strong footing. Later, amid the turbulence of 2011, the CBE had so much credibility that it faced very little disruption — especially compared to transition periods in Eastern European countries, she says. “The lesson learned here is that reform is a continuous process, and something that should be prioritized all the time.”

Constant reform is also a personal philosophy that Al Mashat has applied time and again throughout her career. As an advisor to the IMF’s chief economist, Al Mashat spent almost two years using her academic knowledge and her practical experience at the CBE to help countries operationalize their monetary policy and financial stability reforms, contributing to the IMF book Advancing the Frontiers of Monetary Policy. When called to return to Cairo in 2018 and be sworn in as tourism minister, she was asked to apply her economic expertise to run this sector, a key part of Egypt’s GDP, with an economic model in mind. “Whenever you take a new job, you need to take time to understand the initial conditions, by looking at the industry details and identifying stakeholders, potential, internal and external partners. When I was sworn in, Egypt was over halfway through its IMF reform program, which included monetary policy, fiscal policy and structural reforms. Structural reforms are always done on a sectoral level, and I applied them to the tourism sector, bringing the Egypt Tourism Reform Program (E-TRP) with its overarching objective and pillars of reform into play.”